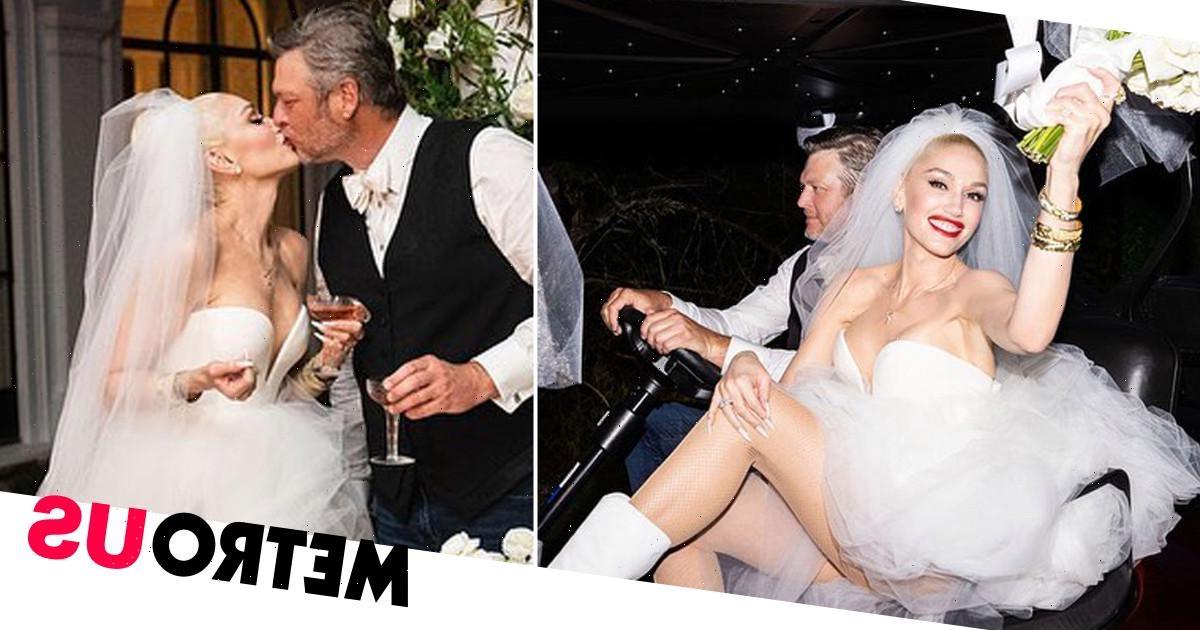 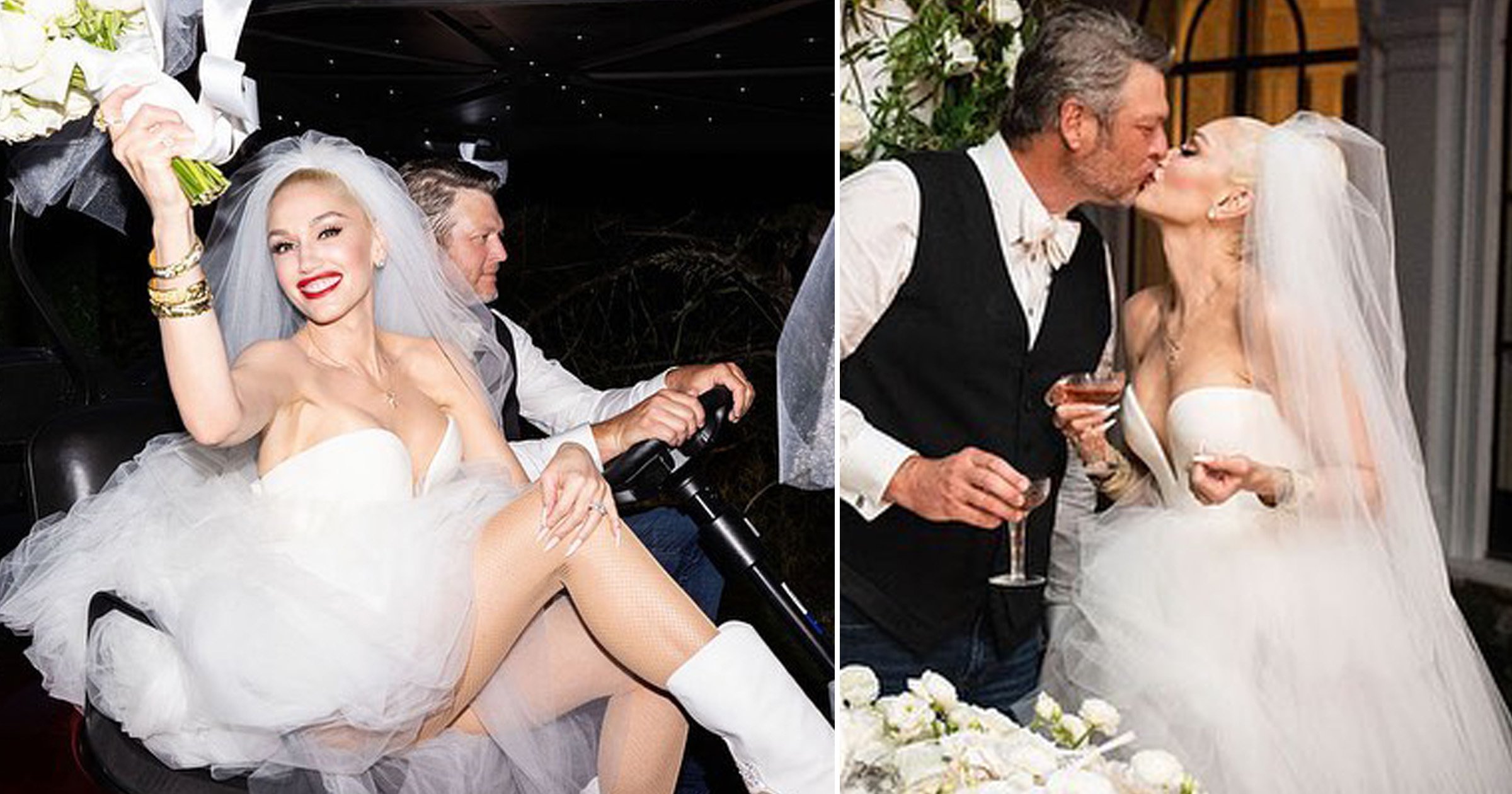 Gwen Stefani, 51, and Blake Shelton, 45, have confirmed that they got married over the weekend after sharing a series of loved-up photos from the special day on Instagram.

The couple kicked off the Fourth of July weekend by tying the knot at Blake’s sprawling Oklahoma ranch on Saturday.

The Voice host Carson Daly officiated the wedding in front of approximately 40 guests in a small chapel on Blake’s ranch.

Gwen looked every inch the blushing bride in a stunning Vera Wang wedding dress, which featured a chic cutaway back, fitted bodice and floor-length tulle skirt.

Of course, the reception wouldn’t have been complete without Gwen slipping into a second stunning outfit.

She wore another Vera Wang gown, this time a strapless number that featured a pair of hand-sewn love birds symbolising the couple. The detail didn’t end there, as it also had silk, crystal and sequin embroidered foliage around the waist and a hand tumbled tulle mini skirt.

Three baby lovebirds also made their way into the dress, representing Gwen’s children – Kingston, 15, Zuma, 12, and Apollo, seven – with ex-husband Gavin Rossdale. Her second veil had floral appliqués and a white bow.

Gwen finished the outfit without a country touch, adding a pair of stiletto cowboy boots from Le Silla.

In Instagram photos from the wedding, Gwen and her country singer beau kissed in front of a stunning cake.

A different photo showed Blake driving his bride as she flashed her legs.

Her parents, Dennis Stefani and Patty Flynn, were among guests who boarded a luxury people carrier to the ceremony.

It was previously reported that Blake had the chapel built on the grounds purely with the intention of marrying Gwen there.

Last week, the Johnston County Court Clerk revealed that the couple had applied for a marriage licence in Oklahoma, which was only valid for 10 days.

Gwen and Blake have been dating since 2015 after meeting as coaches on The Voice US.

Gwen and Blake got engaged in October 2020 after he popped the question, and she announced the news on Instagram with a photo of them kissing and flashing her ring.