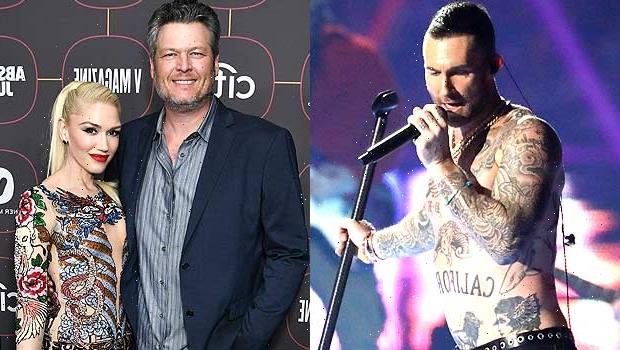 Gwen Stefani shared her ‘simple’ yet ‘really fun’ wedding plans with Blake Shelton in a new interview. She also revealed  whether their former co-star from ‘The Voice,’ Adam Levine, will be part of these plans.

Sorry, Adam Levine, but it looks like Gwen Stefani isn’t eyeing the Maroon 5 frontman to perform at her wedding with Blake Shelton — even if she’d “love” him to. Her reasoning wasn’t as blunt as Blake’s, though (the country music star joked that Adam’s band’s music is too “boring” this past December). Rather, Gwen just doesn’t want her nuptials to be an A-list event, which she revealed while opening up about her “simple” wedding plans on the April 23 episode of Late Night with Seth Meyers.

“I definitely would love to have Adam sing at our wedding, but you know, the thing is, is that I feel like we’re not gonna have a wedding band. I feel like we’re not,” Gwen admitted to host Seth Meyers, who had brought up her fiancé’s playful jab about Adam’s music. In lieu of a live wedding band, Gwen said she think they’re “just gonna go with like a playlist.”

“We’re keeping it very simple—really simple,” the former No Doubt frontwoman continued. Seth cut in here to say that it’s “a lot of pressure” to “put on someone to be a wedding band,” and assumed the guest list “will have a long list of musicians.” But the late night talk show host stood corrected. 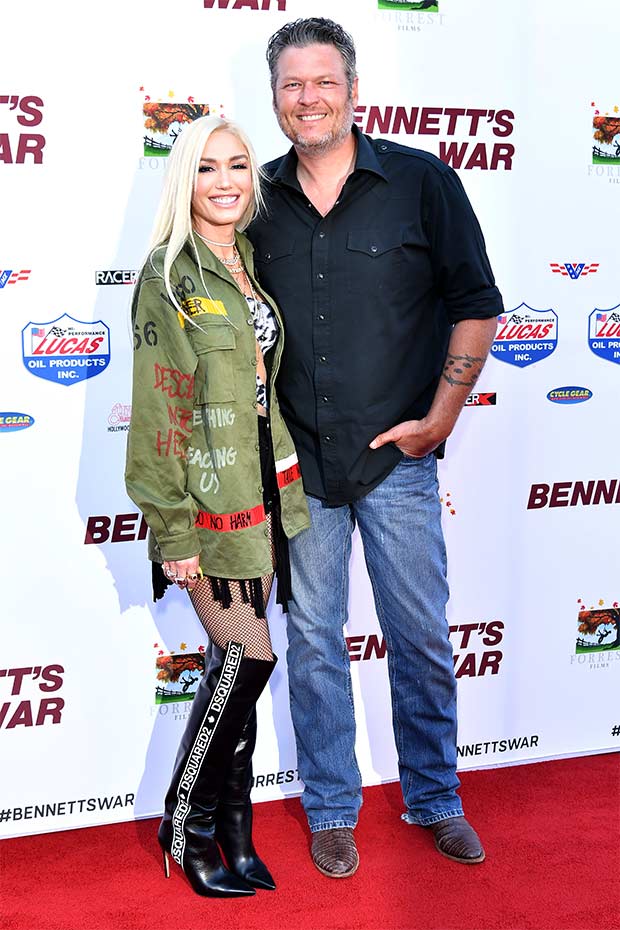 “I think that the guest list will not have a lot of musicians,” Gwen said, correcting Seth. The nuptials are going to be a family affair as the “Slow Clap” singer continued, “It’s gonna be, like, my mom and my dad and like, just literally going to be just family, and we are looking forward to that, though. it’s going to be fun. We’re going to make it really fun, but it’s not going to be a big, like—you know, it’s not like the queen and king are getting married or something.”

This echoed what Gwen said when she talked about what her ideal wedding would look like, post-pandemic, in Dec. 2020. “I would say I just want my parents there at this point,” the singer said during On Air With Ryan Seacrest. Gwen couldn’t celebrate Thanksgiving with her parents because of the COVID-19 pandemic, and so she “would rather [the wedding] not be a COVID situation” with “masks and that kind of thing.”

Blake and Gwen, who met as judges on The Voice and began dating in 2015, announced their engagement in Oct. 2020. A month after the big news broke, a source EXCLUSIVELY told HollywoodLife, “Planning is already taking place and the dream would be later next year [2021], when hopefully everyone is out of this COVID mess, or it is at least more contained.”