Gwen Stefani totally surprised her fiance Blake Shelton when she threw him a backyard party, complete with large balloon decorations and all of his friends and family.

It seems Gwen Stefani is an expert party planner! The “Hollaback Girl” singer surprised her husband-to-be, The Voice star Blake Shelton on his 45th birthday with a backyard party, and proudly documented the festivities on her Instagram. One video showed the country singer caught totally off guard when he walked through an open door into the backyard, as everyone yelled “Surprise!” Blake turned around, as if to see who the surprise party was intended for.

“It’s your birthday,” Gwen was heard telling him. “celebrating my besties b day today love u @blakeshelton,” she captioned her video, adding the hashtag “#favoritecountrysinger.” Another clip showed the crows singing happy birthday to Blake, as someone dressed in a Superman costume led the group. The backyard was also decorated with large balloons reading, “Happy Bday Blake”. Too sweet!

Blake proposed to Gwen in October 2020 after five years of dating. “Hey @gwenstefani, thanks for saving my 2020… And the rest of my life… I love you. I heard a YES!” the country star tweeted, along with a photo of him kissing Gwen while she held up her hand (with the new engagement ring on her finger.) They first met while filming The Voice, and Blake opened up during the show’s May 3, 10-year anniversary special. “People ask me all the time, ‘What’s the greatest thing that’s happened to you since you’ve been on The Voice?’” Blake explained. “That’s a no brainer, right? I met my fiancee here!” 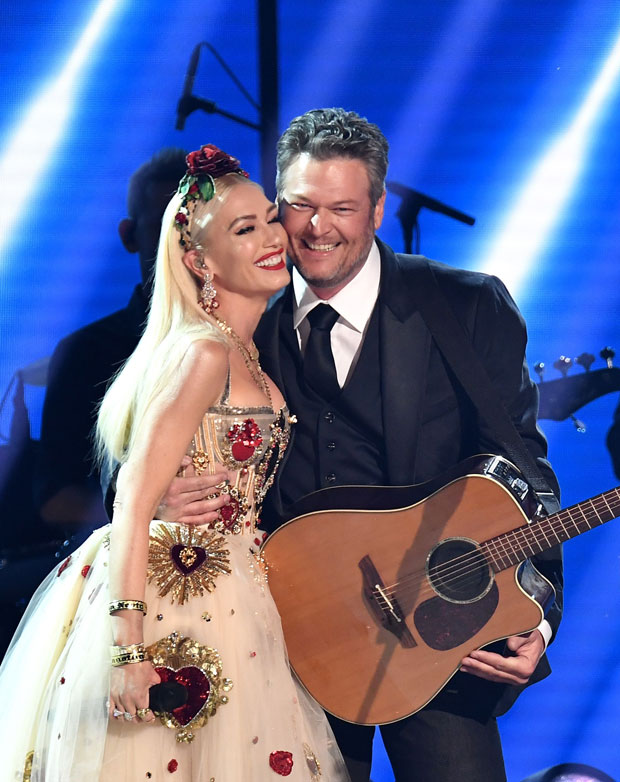 When Gwen made her debut on the show during season 7 in 2014, the pair were both with other people: the “Sweet Escape” singer was married to Gavin Rossdale and Blake was married to Miranda Lambert. However, when Gwen came back for season 9 in 2015, they each found themselves single. He explained that they connected on a deeper level while dealing with their recent break ups, and they quietly started dating.

“If you told me back in 1996 that Gwen Stefani was going to be my girlfriend, I would have laughed you out of the room,” Blake said during the anniversary special. “I would have thought you were crazy. Saying it right now, I almost bust out laughing, that’s how ridiculous it is.” We can’t wait to see these two tie the knot!

Brandon Drury, Michael Conforto save the day for Mets