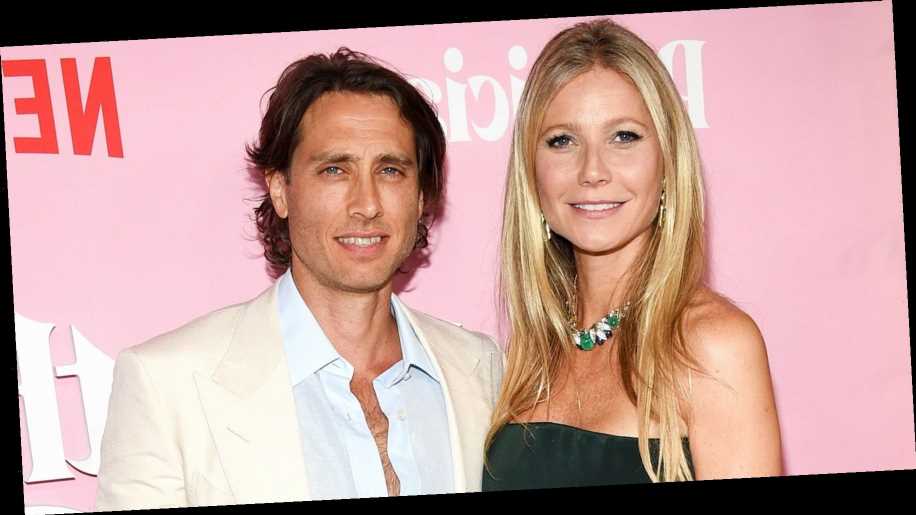 Filled with Glee! Gwyneth Paltrow and Brad Falchuk have the ultimate Hollywood romance, beginning with their TV meet-cute that led to a modern marriage and blended family.

After being introduced in 2014 on the Glee set —Paltrow played Holly Holliday and Falchuk was a cocreator of the series — the couple’s professional relationship quickly turned romantic.

The budding romance came a few months after the Shakespeare in Love star split from husband Chris Martin after 10 years of marriage. Falchuk, for his part, ended a nearly 20-year marriage from producer Suzanne Bulnik a year prior.

Throughout their relationship, the pair has gushed about one another — especially on their birthdays.

“This is the most beautiful woman of all time and today is her birthday. We are all so lucky that she came into the world (but no one is luckier than me),” the 9-1-1 cocreator wrote via Instagram in September 2017 in honor of Paltrow turning 45. “Happy Birthday, Love.”

Us Weekly confirmed in November 2017, that the Goop founder and American Horror Story writer and cocreator were engaged after more than three years of dating.

“We feel incredibly lucky to have come together at this juncture in our lives when our collective successes and failures can serve as building blocks for a healthy and happy relationship,” the pair said in a statement in January 2018, confirming their engagement.

Less than a year later, the lovebirds tied the knot in September 2018, bringing together their two families. Paltrow shares daughter Apple and son Moses with Martin, while Falchuk shares son Brody and daughter Isabella with his ex-wife.

“For a while, I thought, I don’t know if I’d ever do it again. I have my kids — what’s the point?” Paltrow told Marie Claire UK in October 2018. “And then I met this incredible man, who made me think, no, this person is worth making this commitment to. I’m very much the marrying kind.”

Despite their unconventional living arrangement to start — the couple didn’t live together until August 2019 — Paltrow is confident in the pair’s decision to move in slowly after their wedding.

“Married life has been really good. We took a year to let everybody [in the family] take it in and let the dust settle. And now we’re moving in together this month,” the Iron Man actress told InStyle at the time. “I adore my husband. He’s brilliant and deeply kind. I feel like he’s a real equal too. And he pushes me in the best ways. I really like being married. It’s fun.”

Scroll down to relive Paltrow and Falchuk’s love story.