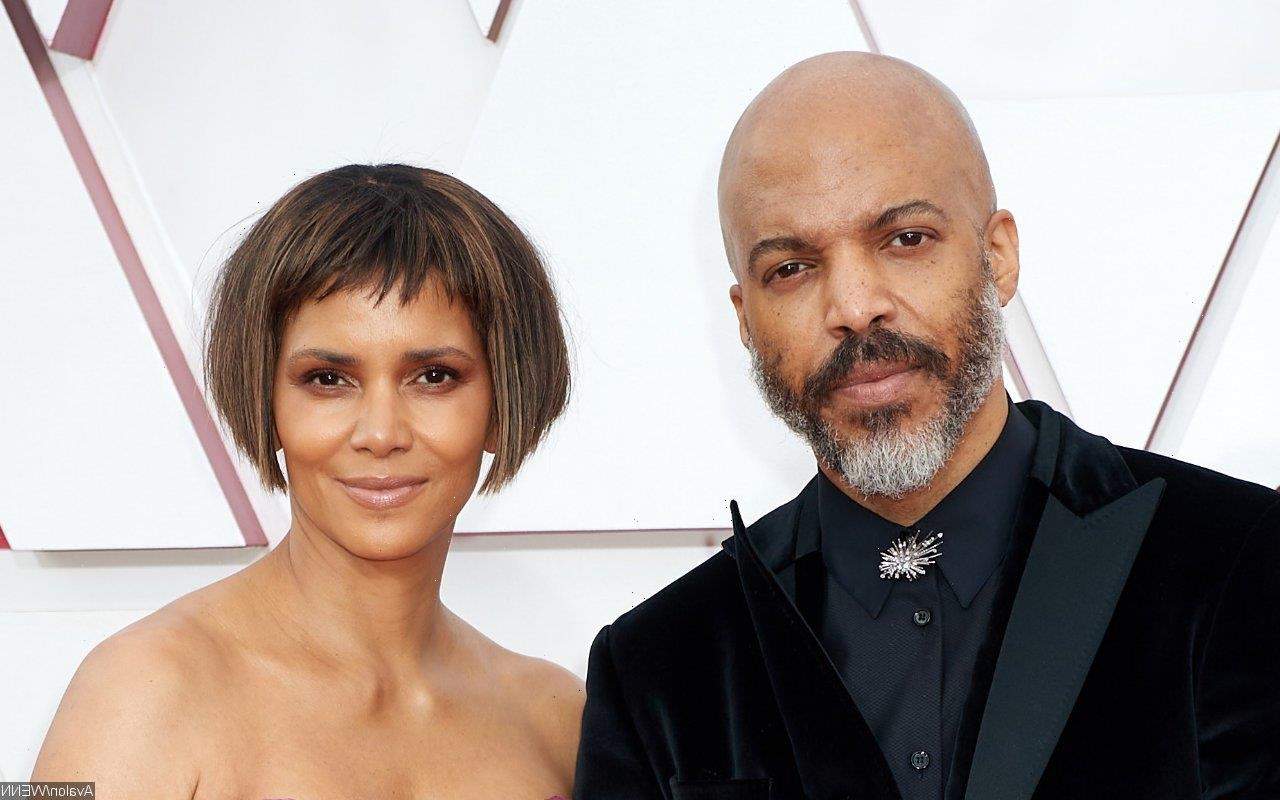 The ‘Things We Lost in the Fire’ actress sets aside time to defend her romance with the ‘Seconds of Pleasure’ singer after an online critic accused her of being more into him than he is into her.

AceShowbiz –Halle Berry won’t let anyone say negative things about her relationship with Van Hunt. Having found her romance with the “Seconds of Pleasure” crooner being criticized by an online troll, the “Things We Lost in the Fire” actress insisted that she and her beau love each other equally.

On Saturday, May 15, the 54-year-old Oscar winner first shared on Instagram a picture of her kissing her singer boyfriend. In the accompaniment of the post, she exclaimed, “we do this thing called whatever the f**k we want !”

While many of Halle’s followers reacted positively on her post, some others left negative remarks on it. One critic in particular penned, “I think you love him more than he loves you!”

The comment has caught the “John Wick: Chapter 3 – Parabellum” star’s attention. In response, she fired back, “ummmm don’t think so… not this time,” seemingly hinting at some one-sided relationships she has been in in the past. 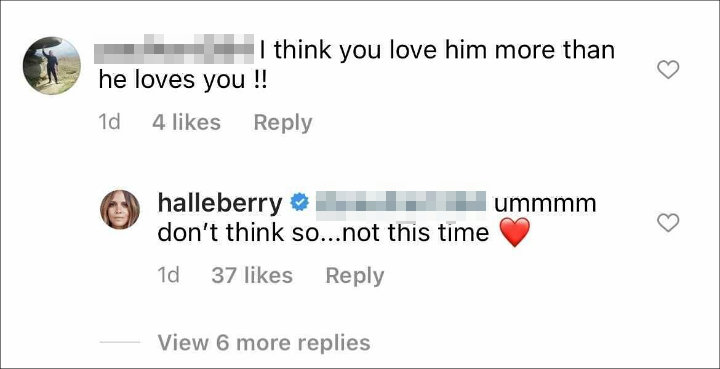 Halle also set aside time to respond to sweet comments from her fans. When one person noted, “You give me hope. We are the same age…twice divorced…I’m disenchanted with dating and then I see you two,” she wrote back, “Never give up on love…Keep your heart open and it will find you!” When another raved, “Love wins,” she replied, “I truly believe that. I’ll never stop fighting for.”

Halle confirmed her romance with Van back in September 2020. Making use of Instagram, she put out a photo of herself wearing a black T-shirt with her boyfriend’s name written on it. She simply captioned it, “Now ya know…”

Before being an item with the crooner, the “Bruised” actress has been married three times. She wed baseball star David Justice from 1992 to 1997 and Eric Benet from 2001 to 2005. After dating model Gabriel Aubry, she wed French actor Olivier Martinez in 2013. The marriage, however, also ended in divorce.