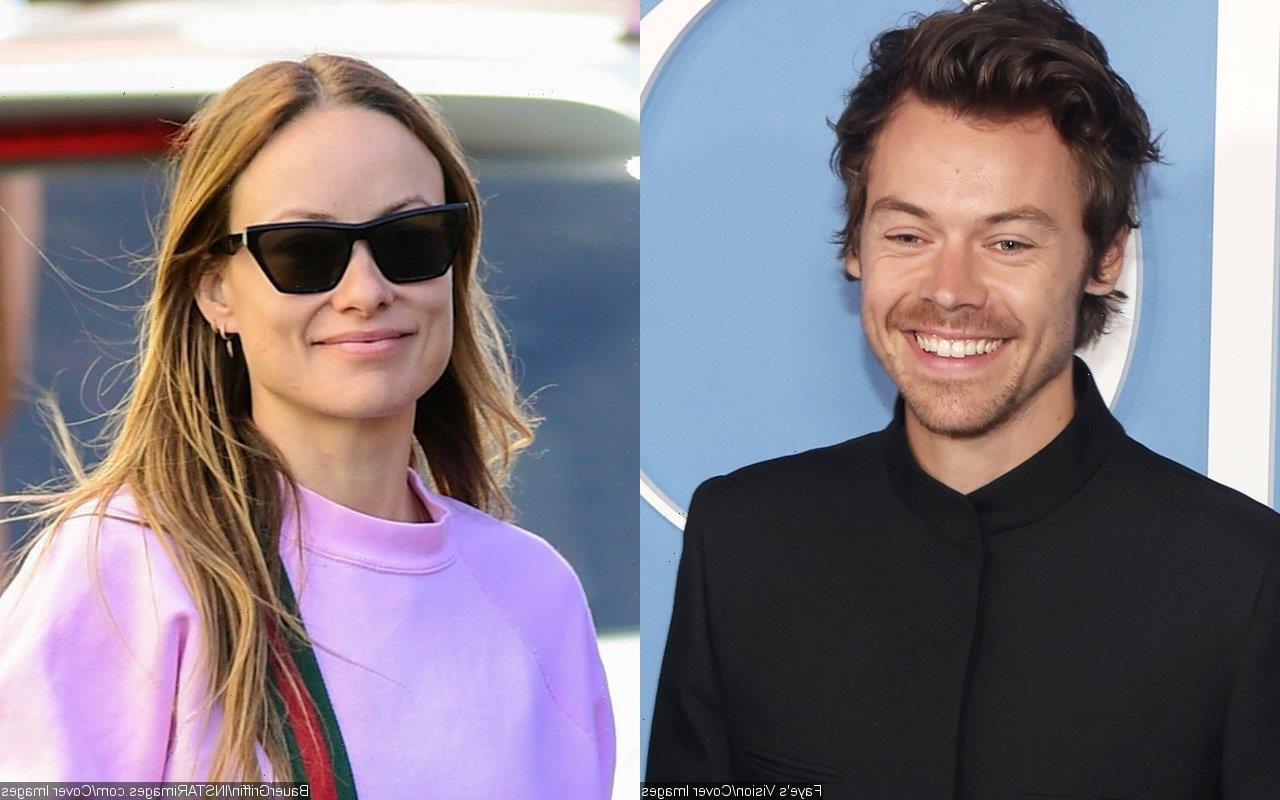 Olivia also brings her kids, Otis and Daisy, to see Harry’s ‘Love on Tour’ stop in Los Angeles and the children reportedly love seeing him up on stage, thinking ‘he’s a superhero.’

AceShowbiz –Harry Styles is definitely skilled at winning people’s hearts. If a new report is to be believed, the “As It Was” crooner has a “very sweet” bond with his girlfriend Olivia Wilde‘s kids, Otis and Daisy.

A source close to the former One Direction member spilled to HollywoodLife.com that the 28-year-old crooner’s “great bond” with the adorable tots means the world to their proud mom Olivia. “Daisy and Otis are her everything, so of course it melts her heart to see how lovely he is with them,” said the insider.

It’s also said that Harry “has real conversations with them and remembers all the important things.” The source pointed out, “It’s obvious that he genuinely cares. And they’re both totally taken with him too, it’s very sweet.”

Of how Olivia would feel about Harry’s close bond with Otis, 8, and Daisy, 6, the so-called insider shared, “Olivia’s so pleased that her kids get on with Harry so well, it’s just one of the many reasons she adores him.”

A separate source told the outlet that Olivia and her two kids, whom she shares with her ex Jason Sudeikis, attended Harry’s “Love on Tour” show on Tuesday, November 15 at the Kia Forum in Los Angeles to support him.

“Her kids look up to Harry like he’s a super cool big brother and when they see him in concert, they literally think he’s a superhero,” the informant shared. “Harry has gotten attached to them, they’re a part of the package that comes with Olivia. Because he loves her, he loves them.”

In footage posted by a fan on Twitter, the “Don’t Worry Darling” director could be seen dancing to “As It Was” with her daughter Daisy. Enjoying the beat of the song, the 38-year-old filmmaker flipped her hair to the left and right multiple times.

Harry and Olivia remain strong despite being hit with shocking allegations made by Olivia and Jason’s former nanny last month. The woman, who anonymously spoke to the Daily Mail, claimed Olivia started dating Harry to boost her image.

The nanny also made other accusations against Jason, including that he discovered Olivia and Harry’s tryst via an old Apple Watch and threw himself under Olivia’s car after she made special salad dressing before going to see Harry. The “Ted Lasso” star allegedly fired the nanny in a fit of drunken rage last February.

Responding to the nanny’s shocking allegations, Olivia and Jason issued a joint statement, denying the “false and scurrilous accusations.” The exes stated, “Her now 18-month-long campaign of harassing us, as well as loved ones, close friends and colleagues, has reached its unfortunate apex. We will continue to focus on raising and protecting our children with the sincere hope that she will now choose to leave our family alone.”