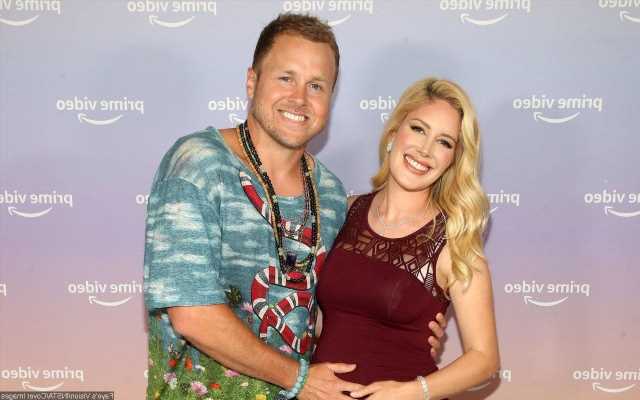 The former ‘The Hills’ star gave birth to a baby boy, less than one day after she went to the hospital but returned home because the contractions ‘slowed down.’

AceShowbiz –Heidi Montag and Spencer Pratt are officially parents of two now. The couple has welcomed a new bundle of joy after the former “Famous Food” contestant gave birth to their second child together on Thursday, November 17.

Confirming the good news, a rep for the couple tells Entertainment Tonight that it was “an easy birth.” The rep further shares details of the newborn, “Heidi delivered a baby boy at 11:31 A.M. on Thursday, November 17, weighing 7 lb. and 9 oz.”

The rep says, “It was an easy birth that took around 45 minutes. Mom and baby are happy and healthy.” Meanwhile, Spencer shared the news by posting a screenshot of TMZ’s article of the baby’s arrival on his Instagram Story.

Heidi and Spencer were in fact documenting the moment she went into labor. Less than one day before the baby was born, the “More Is More” singer revealed on her Story that she had gone to the hospital because she had contractions, but returned home because it slowed down.

“Alright, there’s another contraction, wow, I guess they’re even closer than every 10 minutes,” she said in a video taken while she was on the way to the hospital. “They’re like every three or four minutes. I’m really glad we’re one minute away from the hospital. This is happening very soon.”

After the false alarm, she updated her fans on late Wednesday, “This baby is definitely keeping me on my toes.” She added, “Not a false alarm because it was labor happening, but it’s just slowed down a little bit.”

When the “real deal” was happening, the 36-year-old once again filmed a clip to be shared on her Story. “Okay, this is the real deal. Oh yeah, definitely gonna have this baby very quickly,” she said while holding her pain. “This is the real thing. This contraction is just non-stop now.”

Heidi and Spencer tied the knot in April 2009. The couple welcomed their first child, a son named Gunner Stone, in October 2017. She announced her pregnancy with their second child in June.