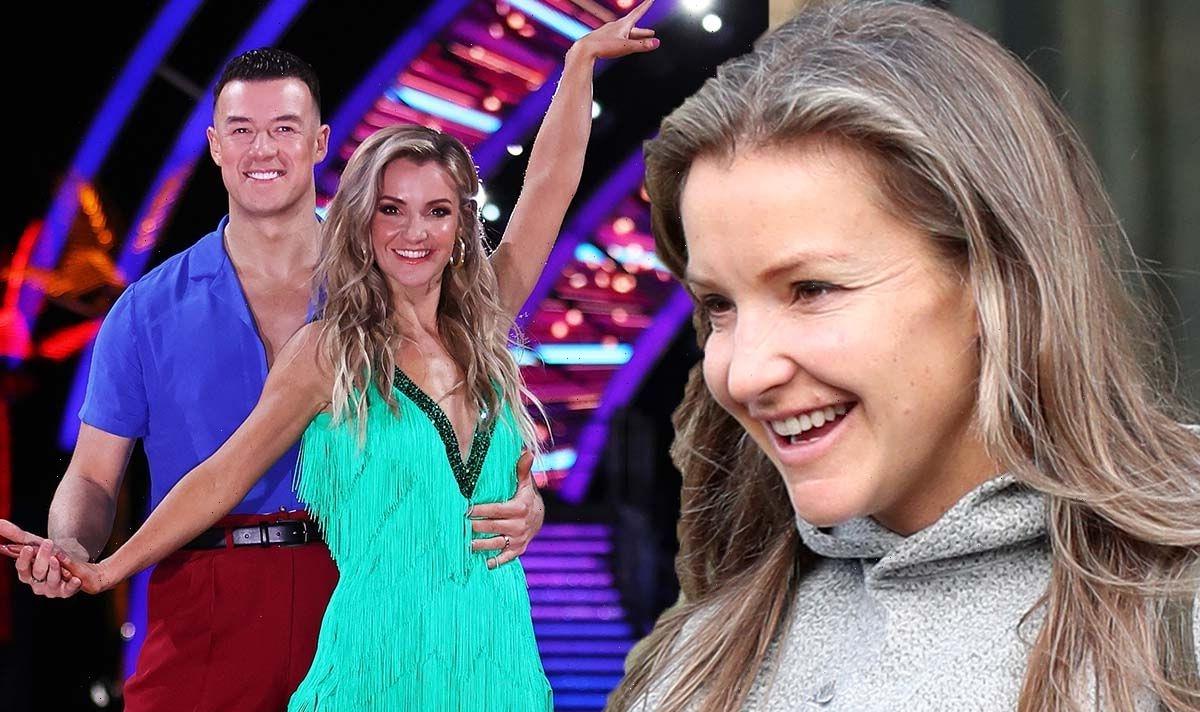 Helen Skelton, 39, explained how the Strictly Come Dancing live tour is “fun” compared to the TV show as there is less “pressure”. The Countryfile presenter was filled with positivity last week as she prepared to kick off the tour with all her co-stars at Brimingham’s Utilita Arena.

Comparing the live tour with the TV show, Helen admitted that not having to face a weekly dance-off took the “pressure” off.

She said: “It’s nice to do it in this big massive space. [It’s] very different to the show, but I think it’s just been fun because the pressure is off and there’s not the pressure of the TV and dance-off and all of that.

“So, this is all of the best bits of the show in a good environment.”

“I think it’s a celebration and a ‘thank you’, like, we got to have that mad adventure on Strictly because people kept us in every week and people voted.

“And I think this is a chapter to go out and say thank you.

“All my friends are desperate to come and it’s a good time.

“This show is all about giving people a good time, so it’s just nice to be able to carry that on for a while.”

Despite missing out on the Glitterball Trophy, Helen managed to impress the judges week after week, and even topped the leaderboard a couple of times with partner Gorka Marquez.

Last month, Helen opened up about the BBC competition on Channel 5’s Christmas On The Farm.

She had a stellar final and was given 40 points by judges Craig Revel Horwood, Shirley Ballas, Motsi Mabuse and Anton Du Beke for her Couple’s Choice to Mein Herr from Cabaret.

However, wildlife cameraman Hamza Yassin was the contestant who was crowned champion at the end of the night, despite getting the lowest total score from the judges.

Helen discussed the final on Christmas On The Farm, which was filmed at Cannon Hall Farm, in South Yorkshire.

She was joined by Escape to the Country star Jules Judson and brothers Rob and Dave Nicholson.

Jules gave Helen a consolation prize which was a “glitterbale” trophy made of hay as a nod to the farming show.

Jules asked her: “Which is more important, that or the Glitterball do you think?”

Helen replied: “This means so much more to me!

“Joking aside, to have the support of you guys. It made it like our journey. Do you know what I mean? It made it our adventure.”

Jules commended his co-star for making it into the Strictly final and added: “What a journey you’ve been on.”

Helen said: “Thank you so much for all of your support and all of the support from the farmy army.

“Every week when you messaged and voted for me it made it so much fun, so thank you very much.”