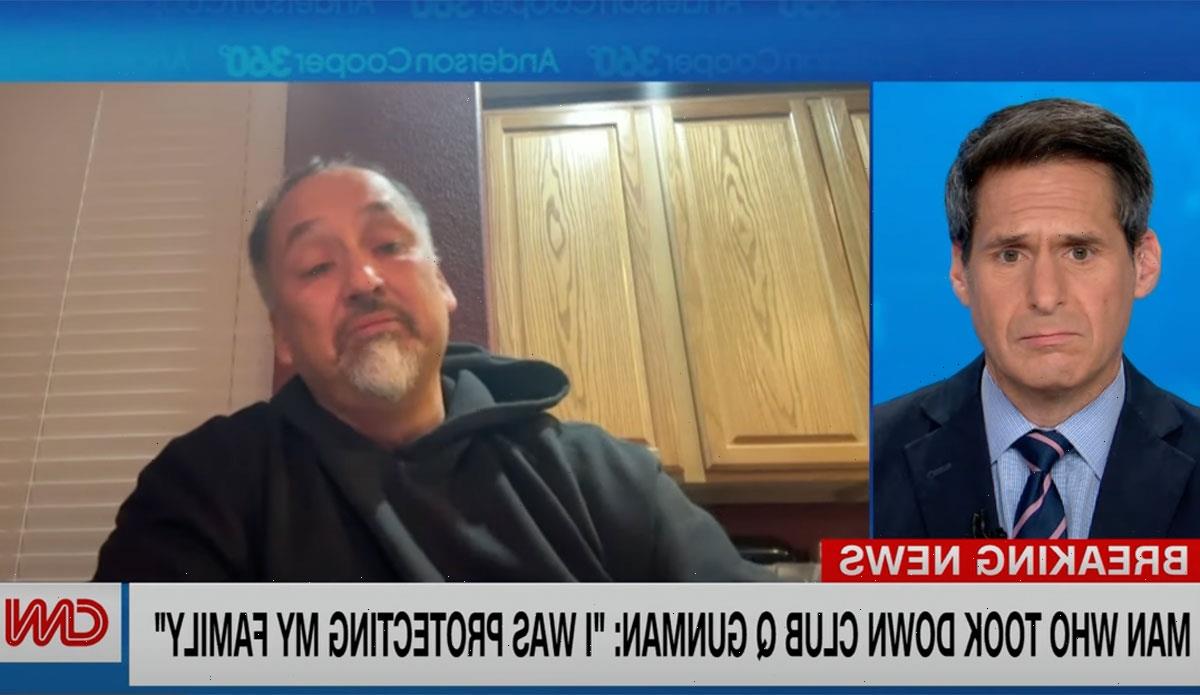 Just days after the horrific Colorado shooting, one of its heroes is opening up.

As you’ve likely heard by now, a man walked into the LGBTQ-friendly Club Q in Colorado Springs late Saturday night and opened fire. As we’ve previously reported, the shooter used a long rifle, and two additional firearms were found at the scene after he was apprehended around 12:02 a.m. In total, five victims were tragically killed, and at least 18 other club patrons were injured. However, something prevented that number from growing even higher: the bravery of a couple clubgoers who tackled the shooter and held him for police.

One of those men, Richard Fierro, appeared on CNN Tuesday to discuss the role he played in subduing the gunman. The army veteran was attending the club with his wife, his daughter, and her boyfriend. When the shooting started, he explained, he snapped into combat mode, remembering his military training to protect his family and friends:

“I went to the ground as soon as I heard the rounds. I dove down, I pushed over my friend the best I could.”

Fierro had served four tours overseas, three in Iraq and one in Afghanistan. He explained:

“I was in (fighting) mode, I was doing what I did down range. I trained for this.”

“I saw the shooter — I had no idea what was going on. But apparently I saw him going to the patio area because I saw a lot of people.”

“I ran across the room, grabbed the handle, pulled him down, and then started to, well I actually think I went for his gun with him. His rifle flew in front of him and the young man that tried to jump in there with me, we both either pulled him down, or whatever, but he ended up at his head and right next to the AR.”

The young man who helped was identified as Thomas James. Together they saved who knows how many lives. But it wasn’t easy.

“And then, I proceeded to take his other weapon, the pistol, and then just started hitting him where I could with the armors in the way and I found a crease between his armor and his head and I just started wailing away with his gun.”

Thomas started kicking. Richard almost lost it on the shooter:

“I told him while I was hitting him, ‘I will kill you, man, because you tried to kill my friends.’ My family was in there. My little girl was in there.”

Richard knows he “did what I had to do.” However, all the violence got him. The former soldier became visibly emotional as he spoke about leaving the military because he was sick of it:

“I didn’t want to ever do this… I was done doing this stuff, it was too much. It lives in you. If you actually do this stuff, it’s in you … I’m not a GI Joe, I’m just a normal guy.”

He lamented the fact his family and friends had to experience what was essentially a wartime situation at home:

And sadly there were casualties. He revealed that he unfortunately “lost my kid’s boyfriend.” That’s right. Kassy Fiero‘s boyfriend was 22-year-old Raymond Green Vance, one of the five victims who was killed. Breaking down in tears, Richard said:

What an absolute nightmare for everyone involved. Fierro argued despite doing what he could to save folks he is “not a hero”:

“I’m just a guy that wanted to protect his kids and his wife. And I still didn’t get to protect her boyfriend.”

Fierro may not consider himself a hero, but others are thankful for him. Club Q co-owner Nic Grzecka told him:

“You were a big part of saving many more lives and stopping this from being worse than it already was.”

And the League of United Latin American Citizens announced they were giving him a $5,000 reward for his bravery. In a press release on Tuesday, they announced:

“Rich, who was twice honored with the Bronze Star for heroism in combat, exemplifies what our Latino servicemembers and veterans do in the face of danger, even when it means putting their own lives on the line.”

All Fierro can say is:

“I tried. I tried to help everybody in there.”

No one could ask any more than that. That’s all a hero does. See the heartbreaking full interview (below):

We are sending love and strength to everyone involved.