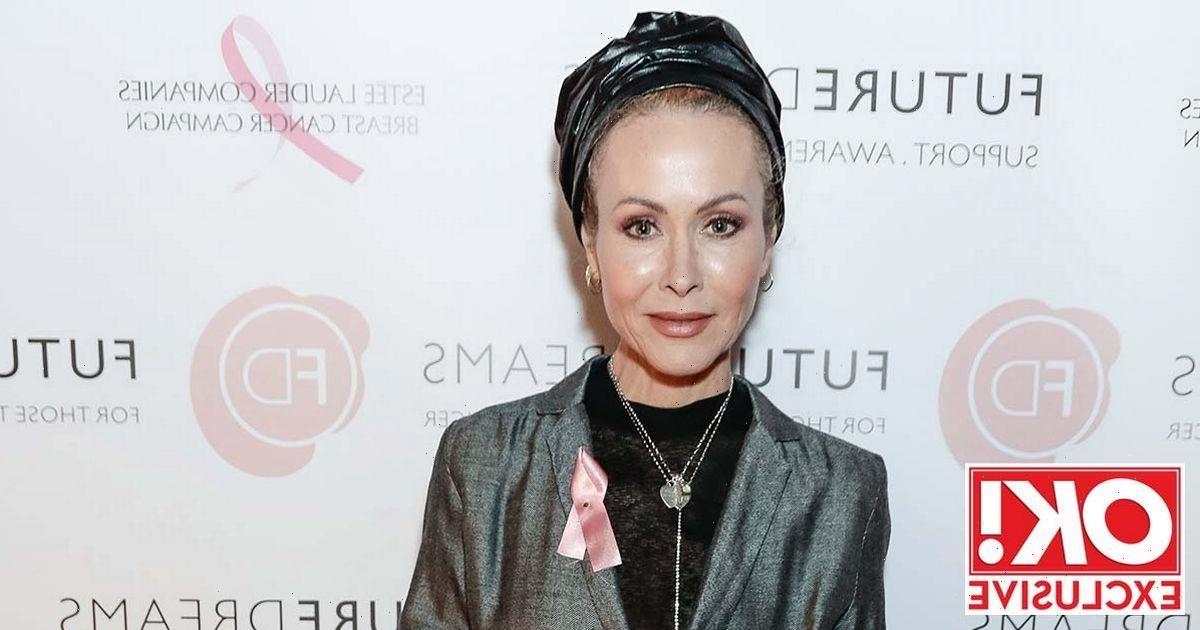 Amanda Mealing is best known for playing the formidable Connie Beauchamp in Holby City and Casualty, but when we meet the actress for a chat, she is a million miles away from her straight-talking – and at times mean – alter ego.

Dressed in dungarees and a T-shirt, a make-up free Amanda, 51, is chatting to us over Zoom from her home, which she shares with her husband Richard.

We immediately warm to the engaging star as she chats to us about everything from her house renovation disasters to her desire to do Strictly one day. “It’s my guilty pleasure,” she says.

But the main reason for meeting with Amanda, who is mum to Milo, 21, and Otis, 19, is to talk about a subject very close to her heart – breast cancer.

The star was diagnosed with the disease in 2002, just 24 hours after the birth of Otis, and has since teamed up with GenesisCare and the Pink Ribbon Foundation charity to front a new campaign to raise awareness.

Here, Amanda, who suffered with post-traumatic stress disorder (PTSD) for years after going through her illness, tells us how much she’s been affected by their stories and gives Julia some advice in terms of how to cope…

Yes, particularly Sarah Harding’s death. That really upset me. I was of a similar age to her when I was diagnosed, and I do have survivor’s guilt. It’s a really difficult thing, that trauma of “that could have been me”. It’s painful. It’s like a magnet, PTSD – it draws you back in.

What advice would you give to Julia or anyone recently diagnosed?

My children were very young when I had chemo, and I had my son shave my head so he was part of the process, and so Mumma losing her hair wasn’t a shock. I think Julia’s children are older, but including your family in things helps because the people around you want to help, but there’s nothing they can do. It’s a very lonely journey.

How did you combat the loneliness?

Finding a local (or online) support group and talking to other women who are going through it gives you a release, because there’s a shorthand. Family and friends want to support you, but I had endless calls where I ended up consoling them because they were in tears.

Do you know Julia?

I think we’ve crossed paths briefly. She seems like a good girl and she’d definitely be one of my girlfriends. She’s my kind of girl! I wish her well.

What advice would you give to her partner?

I just wanted my husband to treat me as normal. It’s incredibly difficult for the people around you. He’d make fantastic meals. And my friend Paul O’Grady makes the best shepherd’s pie, so he would do that for me.

You said you ignored your lump at first?

Yes, I ended up having the mastectomy, the chemotherapy and the radiotherapy, because I ignored a small lump. If I’d done something about it when I first discovered it, I probably wouldn’t have gone through what I did. My treatment may well have been a lumpectomy and I would have saved my breast and then maybe just had radiotherapy. I went through the traditional course of treatment because I ignored it.

Did being pregnant when you discovered your lump make you think it could be other things?

I definitely thought it could have been mastitis. But a large part of it was that ridiculous thing where I thought, “If I don’t go to the GP, they can’t tell me it’s breast cancer, and therefore I can pretend it’s not.” But if I’d done something about it at the time, I may not have had to endure what I did. It’s ridiculous. I played with my life. I gambled.

How long did you have the lump before you addressed it?

It must have been three months. And it went from being a pea-sized lump to a mass. It was huge.

It must have been awful being diagnosed just after giving birth…

I told myself I’d do everything the medics told me but I’d leave it to them to worry, because I had new life around me and I was determined for it not to interfere with this wonderful thing. In some ways, I was lucky to be in that situation, but in other ways it was the most dreadful time.

How did you cope?

I remember seeing the mass when I had my ultrasound and I knew. It was like the air just went out of me. I got very angry at the cancer. I thought, “How dare you do this to me when my newborn baby is just hours old? I won’t let it happen!” And that became my driving force.

Do you still live with anxiety from it all these years on?

When your life is in the balance, you lose your innocence. You can no longer pretend you’re immortal. It never leaves you entirely.

You had cognitive behavioural therapy (CBT) to cope with the anxiety…

Yeah, CBT is a wonderful thing. It’s a very simple action if you’re having an anxiety attack or if you’re being drawn into a depressive cycle. Eye movement desensitisation reprocessing (EMDR) is incredible too, and very good for severe trauma. If I feel a very acute panic attack happening, that’s a way out of it.

Tell us about the GenesisCare breast cancer campaign you’re supporting…

How do you feel about Holby City being axed? Will Connie come back to Casualty?

They do ask me quite often and I have always said no, but only because I was filming Holby City or Casualty. This is probably the one year they haven’t asked me! I’d love to do it.