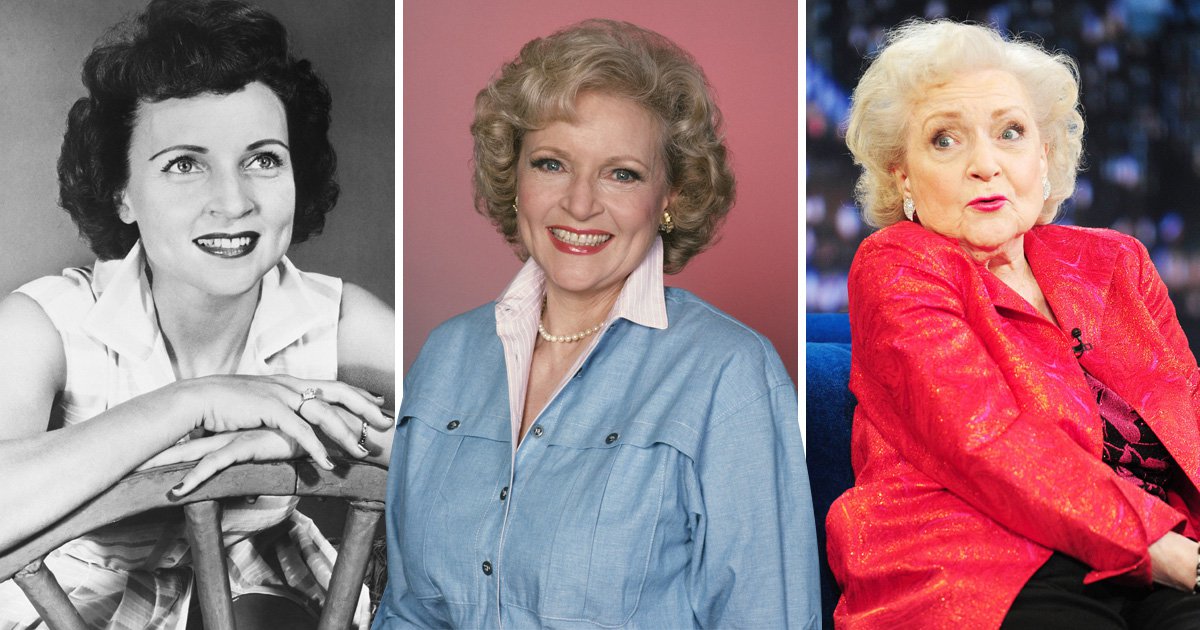 Betty White has reportedly died at the age of 99.

Law enforcement sources told TMZ that the Hollywood icon died at her home on Friday morning, just a couple of weeks before her 100th birthday.

The actress’s death comes shortly after she gave an interview as she approached her 100th birthday, with the star telling People magazine: ‘I’m so lucky to be in such good health and feel so good at this age. It’s amazing.’

The American TV and film icon leaves behind a legacy that has spanned over 75 years – with her first professional job in the entertainment industry being in 1939.

Her career was nearly halted in its tracks with the outbreak of WWII, when White signed up to the American Women’s Voluntary Services to help the troops – but thankfully, she later returned.

She has since become known as America’s grandmother thanks to her bubbly personality, quick sense of humour and can-do attitude to give anything a try.

White also had a groundbreaking career like no other, including becoming one of the first ever women in the industry to star and produce her own TV show, Life with Elizabeth, in 1952.

In 1955, she was named the honorary Mayor of Hollywood, and in 1988 got a star on the Hollywood Walk of Fame.

White was nominated for 17 awards and won 11 for her role as the naïve yet loveable Rose Nylund, a part she played for a staggering 208 episodes through both the main series and it’s short-lived spin-off, The Golden Palace.

Over more recent years, the star’s cheeky sense of humour came into good use, and she was often cast as the straight-talking but adorable grandma.

This includes her roles in The Proposal opposite Ryan Reynolds and Sandra Bullock in 2009, her participation in a Superbowl ad for Snickers (where she’s tackled by rugby players) and her frequent visits to shows including Saturday Night Live.

After a string of voice roles, including parts in Pound Puppies, Ponyo and The Wild Thornberries, White returned to TV.

She has had regular roles in shows including Boston Legal, The Bold and the Beautiful and Hot in Cleveland.

In 2013, White broke the Guinness World Record for longest television career for a female entertainer, with the late Bruce Forsyth holding the male title until his death in 2017.

She had previously vowed she would never retire, and epically said: ‘Retirement is not in my vocabulary. They aren’t going to get rid of me that way.’

In her personal life, she has been married three times: Dick Barker, whom she married and divorced five months later in 1945; Lane Allen, from 1947 to 1949; and Password host Allen Ludden, whom she married in 1963.

The couple remained together until his death in 1981, and while they had no children of their own, she acted as step-mother to his three children from his first wife, who passed away.

His Hollywood star sits side-by-side with hers.

Shortly before her 96th birthday, when asked what the secret was to a long and happy life, she told Parade magazine: ‘Vodka and hot dogs, probably in that order.’

If you’ve got a celebrity story, video or pictures get in touch with the Metro.co.uk entertainment team by emailing us celebtips@metro.co.uk calling 020 3615 2145 or by visiting our Submit Stuff page – we’d love to hear from you.