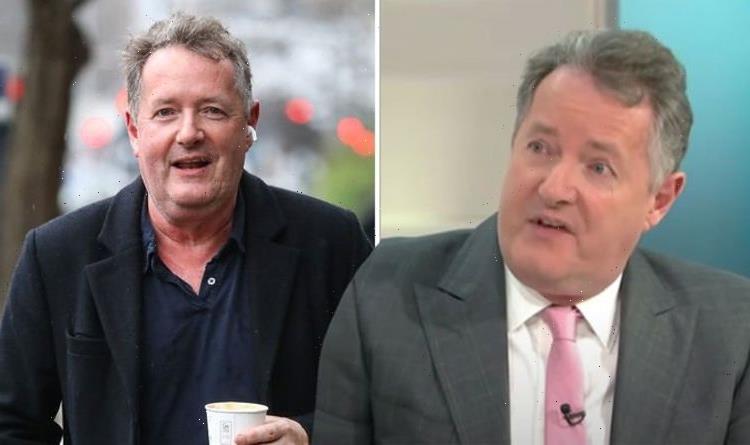 Piers Morgan has has said he didn’t want to leave Good Morning Britain, but had to “agree to disagree” with ITV as he refused to apologise for comments he made about Meghan Markle. The 56-year-old sparked over 57,000 Ofcom complaints after saying he didn’t believe a word Prince Harry’s wife said during her bombshell interview with Oprah Winfrey.

A new report has claimed that Good Morning Britain bosses are eager to get Piers back on the panel.

The source told MailOnline: “Everyone on the show would absolutely love to see Piers come back.

“It’s not beyond the realms because he still talks to Susanna [Reid] and despite everything that happens he is still in touch with many who worked on the programme.”

It is claimed the show has had less viewers since his departure. Piers has now taken to Twitter to address the report.

A headline from The US Sun’s article read: “Good Morning Britain staff ‘desperate to get @piersmorgan back’ five months after his shocking exit.”

In view of his 7.9 million followers, he wrote: “Unfortunately, I still don’t believe a word Pinocchio Princess says, so this won’t be happening.”

The moniker is what he has used multiple times in a swipe at Meghan.

“Just come back and stop my wife from saying, it’s not the same without Piers, every morning.”

The presenter replied: “Please apologise to your wife. I didn’t actually want to leave, I was really enjoying it.

“Unfortunately, Meghan Markle told my bosses she wasn’t enjoying it quite as much, so I left.”

Ofcom confirmed that the Duchess of Sussex was one of those who complained about Piers’ comments.

On the show, he said he didn’t believe a word she and Prince Harry said in what was dubbed a bombshell interview.

Meghan opened up for the first time about her life in the Royal Family back in March, following the couple’s move to Los Angeles.

She told Oprah she felt suicidal in the Palace and claimed she was refused help.

In another revelation, the couple claimed that an unnamed member of the family had “concerns” about the colour of their son Archie’s skin.

After his exit was announced, he later tweeted: “On Monday, I said I didn’t believe Meghan Markle in her Oprah interview.

“I’ve had time to reflect on this opinion, and I still don’t. If you did, OK.

“Freedom of speech is a hill I’m happy to die on. Thanks for all the love, and hate. I’m off to spend more time with my opinions.”

Express.co.uk has contacted a representative for ITV for comment.