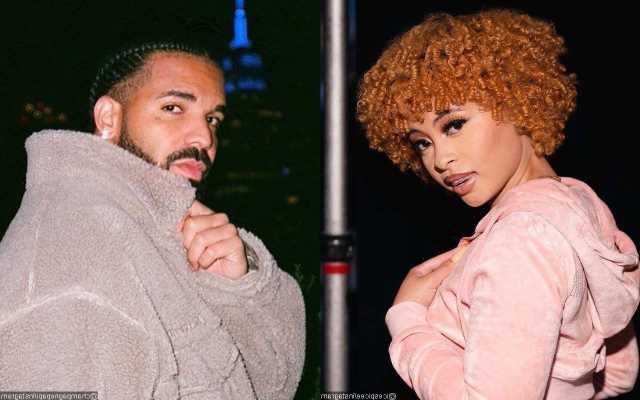 The 23-year-old female rapper, whose real name is Isis Gaston, offers ar clarification about her relationship with the Canadian emcee in an interview with The New York Times.

AceShowbiz –Ice Spice has set the record straight on how things going between him and Drake. Although the “Certified Lover Boy” artist unfollowed her on Instagram and seemingly threw shade at her on his single, the female rapper declared that “there’s no beef” between them.

The 23-year-old, whose real name is Isis Gaston, offered her clarification when speaking to The New York Times. “We’re cool,” she said. “We spoke after that a couple times and we’re good. There’s no beef.”

Ice Spice and Drake were initially hit with dating rumors after they were seen hanging out together at a concert in his hometown of Toronto in late August 2022. It prompted Drizzy to unfollow the raptress on Instagram.

Ice Spice, however, didn’t have hard feelings toward Drake. “He did [unfollow],” she admitted during her appearance on BET’s Rap City 22 in October. “I don’t know why though.” Host DJ Blue Diamond then responded, “Shame on you, Drake. Shame on you. You shouldn’t have done that.”

In November, Ice Spice seemingly reacted to Drake’s diss track. On “Back Outside Boyz”, which appears on the Grammy winner and 21 Savage‘s joint album “Her Loss”, he raps, “She a ten tryna rap, it’s good on mute.” Meanwhile, in her post shared on Twitter, the raptress wrote, “at least ima 10.”

Ice Spice and Drake were first linked in August. Recalling the surprise encounter with the “God’s Plan” hitmaker, she told Spotify’s RapCaviar, “When Drake DM’d me, I did not really expect that… “I had just landed in L.A. for my Genius Open Mic for ‘Munch’, and he was actually like, ‘Yo, ‘Munch’ is hard and your On the Radar freestyle is hard.’ And I was like, ‘Damn, that’s crazy because I’m really in L.A. about to shoot the Open Mic.’ “

“Linking up with him was so cool. Like, he’s mad nice and respectful,” the New York native continued. “We went to OVO Fest. It was exciting because it was like his first time performing in Toronto, I think in like a couple of years. So it was just a movie, everybody was excited.