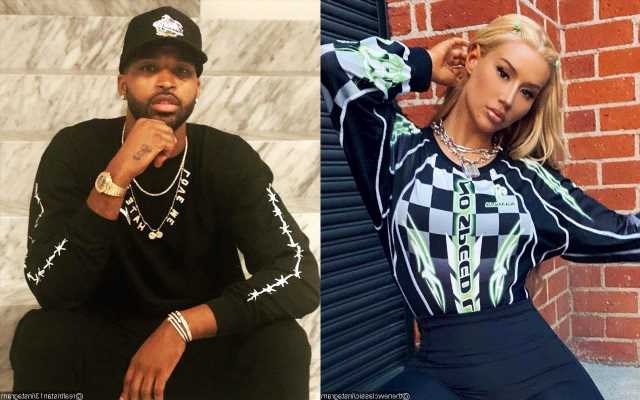 The NBA player was previously rumored to be rekindling his romance with Khloe Kardashian, though he appears to deny the reports in a tweet which sees him blasting ‘gossipers.’

AceShowbiz –Iggy Azalea has taken to her Twitter account to set the record straight after it’s rumored that she’s dating Tristan Thompson. Insisting that she doesn’t know the NBA player, the “Fancy” hitmaker shut down the speculations in a series of tweets.

“Very weird fake news making the rounds about me dating a man I’ve literally never met a DAY in my life…. Like…. Y’all are really that bored?!?!” Iggy wrote on Sunday, August 22. In a follow-up tweet, the raptress added, “S**t is very, very weird behavior.”

The mom of one also insisted that he had no any relationship nor correlation with Tristan, who shares a daughter with Khloe Kardashian. “Literally have never even been in the same building as that man. I DO NOT KNOW THAT PERSON,” Iggy claimed.

Blasting those who started the rumors, the Australian star continued, “Making up baseless lies about people for fun is lame because I’m a real person with my own private life that gets disrupted by bulls**t, so I’m actually annoyed.”

“At the end of the day, none of you online know my personal life or who I have privately questioning a rumor like that. So let someone lie on YOUR p**y if you like,” she added. “But I don’t f**k with letting lies live that effect my real life.” 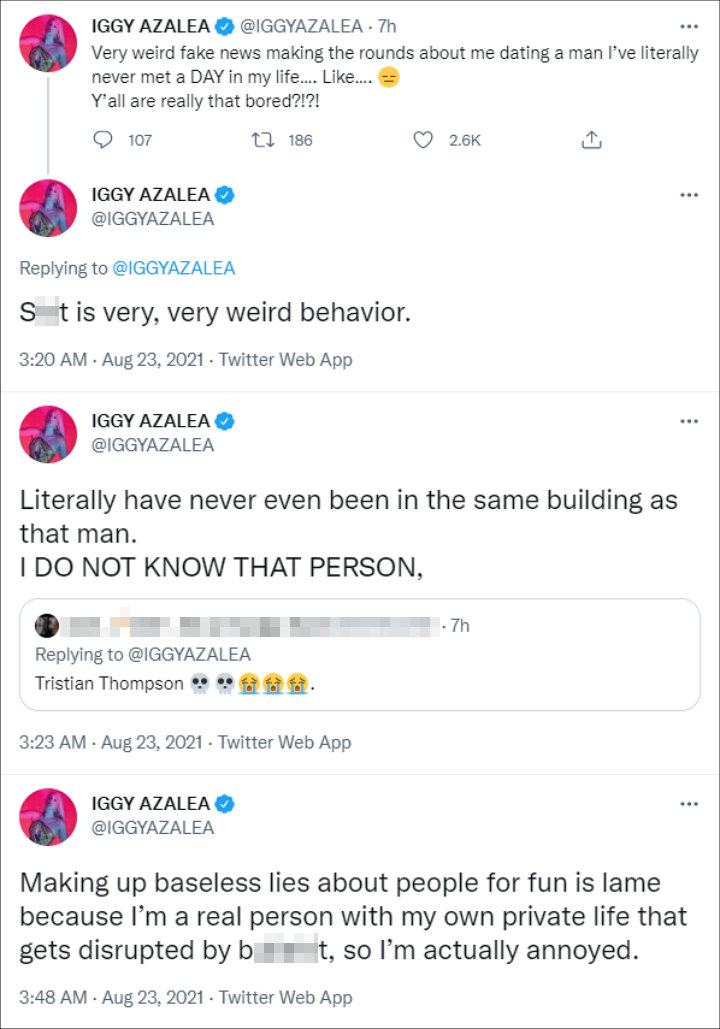 Prior to this, Tristan was rumored to be rekindling his romance with baby mama Khloe. “It may not be the most ideal situation because of her trust issues, but she’s desperate to make it work and he’s once again promised to do better,” an insider claimed earlier this month. “Khloe wants Tristan in True’s life and she’s still holding out hope for that second child. They are far from over.”

Another source added that the basketball player has “promised Khloe that things will be different this time around and that he signed with the Sacramento Kings to be closer to her and True, and be a proper family. She believes him.”

PEOPLE, however, revealed that the pair, who reportedly broke up in June, “are not back together” despite rumors. “They get along well though. Khloe is happy co-parenting with him. She seems happy being single too. She is not interested in trying to have a relationship with Tristan right now.”

Tristan himself denied the speculations that he and the Good American founder got back together in a tweet. “Gossipers are worse than thieves because they attempt to steal another person’s dignity, honor, credibility, and reputation which are difficult to restore,” so the Sacramento Kings player said.