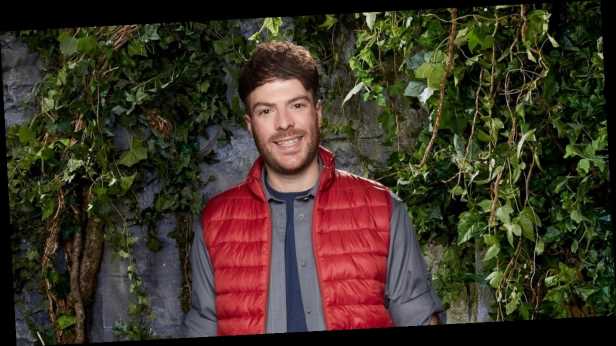 Nick Grimshaw has confessed his pal Jordan North is afraid of lifts.

The 36 year old, who recently showed a peak at his lavish London home, appeared on ITV's Good Morning Britain to speak about his Radio 1 DJ co-host's time on I'm A Celebrity… Get Me Out Of Here!

Susanna Reid, 49, first initiated the conversation as she said 30 year old Jordan appears to be terrified of everything.

"He does seem to quake at heights, small spaces, claustrophobia, snakes, but he mentioned his brother is a para," she said. "So it seems like all the courage went to one brother and all the nerves went to the other."

Nick replied: "Yeah, I think if you're not really very good at anything, you end up becoming a DJ. That was my route as well.

"But yeah Jordan, he is genuinely scared of everything. Like last night, when I found out he was going to be locked in a vault with snakes, I was like he won't do this because he even is scared of the lifts at Radio 1."

Clearly surprised by the confession, Susanna quickly asked: "Is he? Does he not get into lift at work?"

Explaining Jordan's irrational fear, Nick continued: "Won't get into the lift. We're on the eighth floor so everyday, when he comes in, or every weekend, he'll walk up eight floors. The lifts are scary. So when I found out he's on I'm A Celebrity, I don't know…"

Susanna then explained that while Jordan may have faced his fears, he's sure to get voted for every trial because of his reaction in the first two episodes of the popular show.

The TV presenter, who recently broke down on GMB after reading a heartbreaking message from a viewer, said: "The trouble is, he's now going to get voted for every task. The brilliant thing is, he faced his fears."

Agreeing, Nick added: "Exactly, but I love that he did it. He's faced his two biggest fears already, which was absailing and snakes. And it was only Monday.

It comes as fans of the TV series have vowed to vote Jordan in for every trial after his hilarious reaction to the Viper Vaults challenge.

Jordan worked with former EastEnders actor Shane Richie in the second challenge of the series, which saw the pair locked in coffins filled with snakes.

One tweeted: “Jordan has f**ked himself, he’s getting every trial now hahaha!! #ImACeleb”. Another added: “Jordan tonight when he realises the public are going to vote for him to do every trial”.

While a third confessed: “Me feeling bad for Jordan but also knowing I’ve used all my votes to vote for him again”.

And a fourth added: “Did I vote for Jordan for the next trial again hehehe yes”.