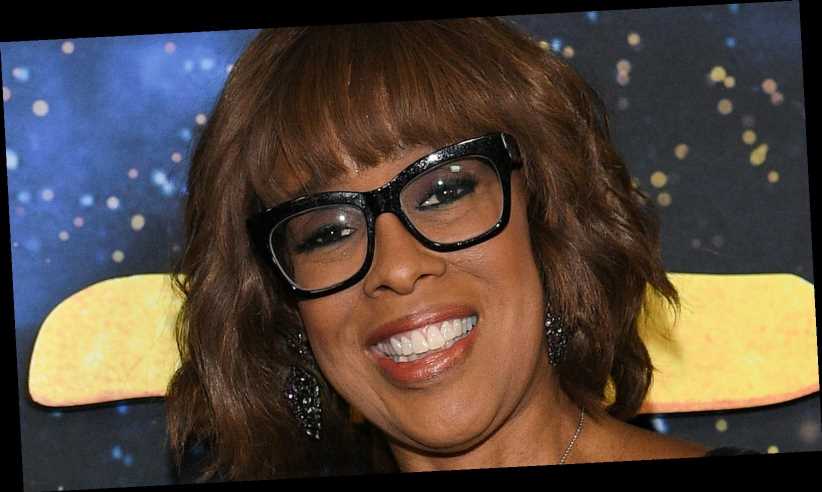 Meghan Markle and Prince Harry sat down with Oprah Winfrey for a two-hour landmark interview that had revealed several bombshells about the couple’s relationship with the royal family. Following the Oprah with Meghan and Harry TV special, CBS personality Gayle King — who has an existing relationship with the couple — reached out to the Sussexes.

In a segment that aired on CBS This Morning, King revealed that she called the couple and was given updates on how they were coping after the explosive interview aired. “Harry has talked to his brother and he has talked to his father, too,” King said on the CBS morning show. “The word I was given was, those conversations were not productive.”

According to the television personality, the Duke and Duchess of Sussex wanted to work through issues with the royal family “privately” but were upset that “false stories” which painted Meghan in a negative light continued to be released. “All they wanted all along was for the royals to intervene and tell the press to stop with the unfair, inaccurate, false stories that definitely have a racial slant,” King added. “And until you can acknowledge that, I think it’s going to be hard to move forward.” She stressed that Meghan and Harry were eager to make amends with Harry’s family, but there was a lot of work yet to be done.

King’s comments incited backlash as sources revealed the royal family was displeased with their private conversations being aired.

Many prognosticators for the royal family came forward after Gayle King’s comments on CBS This Morning, and felt that the talk show host’s words would only further weaken the already tenuous relationship Meghan Markle and Prince Harry have with the royal family.

Royal biographer Penny Junor spoke to The Sun about King going on television to report her conversation with the couple. Junor believed this could cause a sense of distrust between the Sussexes and the royals. “It’s a shocking breach of trust,” she told the outlet. “The family will worry that anything they say to Harry will end up on American television.” Another expert on the royal family, Tom Quinn, believed officials at Buckingham Palace would be outraged that Meghan and Harry spilled secrets to King, and said the couple had “once again, shot themselves in the foot.”

One royal expert, ITV News royal editor Chris Ship, believed that King had acted on Meghan’s behalf. “Clearly, @GayleKing would not have shared these comments with millions of viewers without Meghan’s permission so this marks a significant new approach,” he tweeted out after the CBS reporter’s comments aired.

So how did King gain this unprecedented access to Meghan and Harry?

Gayle King has long been an advocate for Prince Harry and Meghan Markle. As covered by Harper’s Bazaar, she flew out to England to cover their wedding for CBS. While covering the royal nuptials, the on-air personality posted to her Instagram after witnessing Harry and Prince Charles greeting the public. “Harry and William are walking down the street talking to people,” she said in the Instagram video. “That’s awesome that they’re doing that.”

Less than a year later, in February 2019, King was invited by the Duchess of Sussex to attend her baby shower, as per CBS News. The event was described as an “intimate party” that included high-profile guests such as Amal Clooney and Serena Williams. King was asked by CBS to dish on details about the shower, but she did not want to betray Meghan’s trust. “She’s a very private person. I think she should decide what she wants to say about this,” King said on-air. “It was a very, very small, private affair, and just a very special time for her.”

King revealed more about the Sussexes’ relationship with the royals. Keep reading to find out what she learned.

Gayle King said this would have stopped the interview

On the heels of Meghan Markle’s groundbreaking interview with Oprah Winfrey, where she made several claims about being mistreated by members within Buckingham Palace, one of the former Suits actor’s friends came forward to corroborate her claims. Janina Gavankar, a long-time friend of Meghan’s, appeared on ITV’s This Morning show and revealed that “there are many emails and texts to support [Meghan’s claims].”

Gayle King made a similar statement while appearing on CBS This Morning after her phone call with Meghan and Prince Harry. “Meghan has documents to back up everything that she said on Oprah’s interview. Everything,” the reporter said, as per USA Today.

Leading up to the two-hour television special there was concern about airing the interview because Queen Elizabeth II’s husband Prince Philip had been hospitalized. While speaking on her Sirius XM radio show Gayle King in the House, King revealed (via USA Today) that the Duke and Duchess of Sussex had a contingency plan. “Just so you know, they had done that interview before Prince Philip went into the hospital,” she said on her radio show. “And if something, God forbid, had happened to him, the interview would not have run at this particular time.”