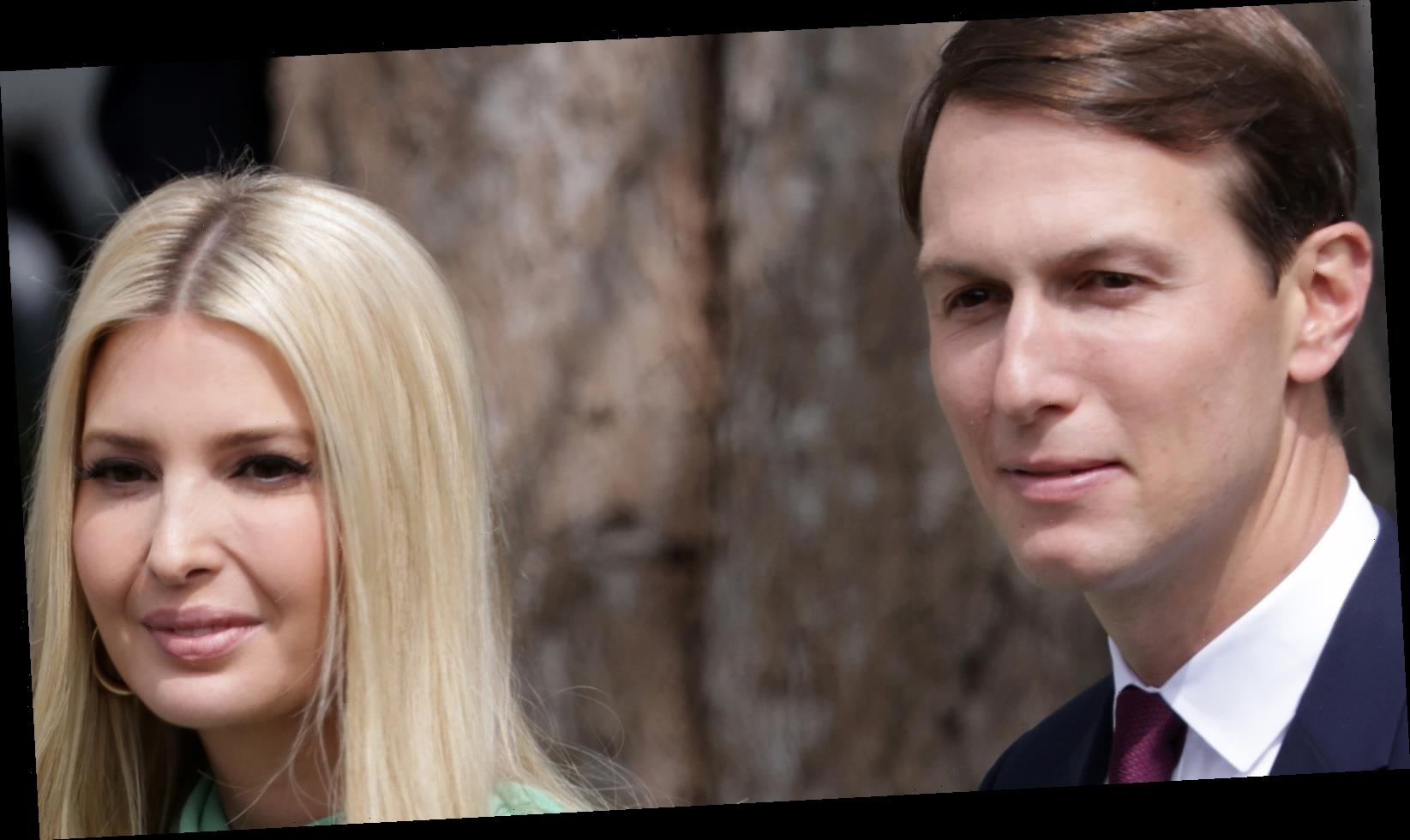 No longer part of the White House, Jared Kushner and Ivanka Trump have seemed to transition well into civilian life once again. Same as the former president and first lady, the couple recently took up residence in the Sunshine State with their three children. If you’ve been wondering what Jared and Ivanka have been up to, here’s a sneak peek inside their new life in Florida.

In pictures obtained exclusively by the Daily Mail, Jared and Ivanka can be seen enjoying the sand, surf, and sunny skies in Florida. The couple, who served as senior advisers to former President Donald Trump (via CNN), were seen checking out the Miami Surfside neighborhood where they have temporarily taken up residence. But instead of stuffy suits, Jared and Ivanka were wearing casual beach attire. Ivanka was seen wearing a white bikini donned with a striped cover-up, while watching her youngest child, son Theodore, dig in the sand.

The family is currently residing in Miami, where they have leased a condo in the swanky Arte Surfside, an oceanfront building with views of the Atlantic Ocean. While it’s not certain how much the couple shelled out for their rental, some condos in the building can cost upwards of $9.3 million, (via Miami Residence).

But here's where the Kushners will really be living

Arte Surfside will temporarily house the Kushners, but in time they will move to their permanent home on Indian Creek Island, where the family has already purchased a plot of land for almost $32 million (via Page Six). The two-acre lot is just a part of a few mega mansions on what is known as the Billionaire’s Bunker. The Kushners purchased the lot from singer Julio Iglesias (via Forbes).

Until their new luxe home is built, the Kushner family is settling into Floridian life. Ivanka took her children out for ice cream last week, and also managed to get in a run as well — with security in tow. The kids were seen wearing blue polo shirts, and both boys wore khaki pants for what most likely are school uniforms. Ivanka was also spotted carrying Rit tie-dye kits and bags, most likely for a class project (via the Daily Mail).

It seems that the Kushners have traded the White House for the white sandy beaches of Miami quite well and are embracing this latest chapter in their lives.