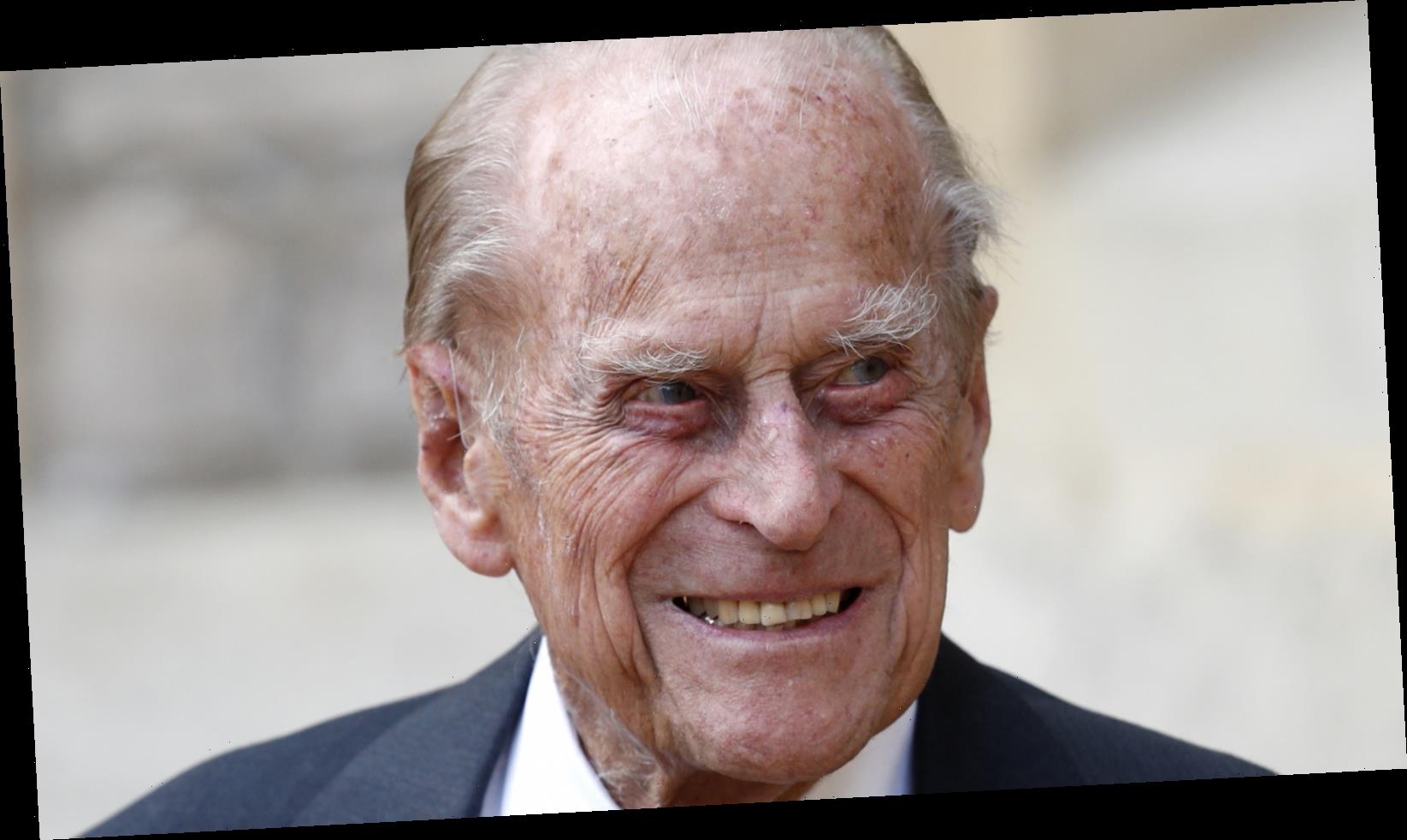 Prince Philip, the beloved husband of Queen Elizabeth II, died peacefully in his sleep at the age of 99 on Apr. 9, 2021. “It is with deep sorrow that Her Majesty the Queen has announced the death of her beloved husband, His Royal Highness the Prince Philip, Duke of Edinburgh,” according to a statement from Buckingham Palace. “His Royal Highness passed away peacefully this morning at Windsor Castle. Further announcements will be made in due course.” The statement, which was accompanied by a black and white image of Prince Philip, added, “The royal family join with people around the world in mourning his loss.”

The duke is survived by his wife the Queen and his children Prince Charles, Princess Anne, Prince Andrew, and Prince Edward, along with eight grandchildren and 10 great-grandchildren. According to Forbes, Prince Philip is the longest-serving member of the British royal family — and he died just two months before his 100th birthday. Though he lived a full life, he was plagued with family drama, health issues, and many hospital visits toward the end of his life.

Keep scrolling to read more about Prince Philip’s final years before his death.

The duke retired from public duties in 2017

After 65 years, Prince Philip retired from his public duties in 2017 at the age of 96 after completing more than 22,000 royal appearances, according to NBC.

At the time, Buckingham Palace released a statement (via Hello): “His Royal Highness The Duke of Edinburgh has decided that he will no longer carry out public engagements from the autumn of this year.” During a royal engagement on the day of the announcement, someone voiced how sorry they were to hear he was “standing down,” to which the duke quipped (per BBC), “Well, I can’t stand up much.”

Philip’s comment and retirement came less than a month after he was admitted to London’s King Edward VII Hospital, where “he was treated for an infection arising from a pre-existing condition,” according to CNN.  This was just the start of his ailing health, as he later underwent a big operation in 2018.

Ahead of Prince Harry and Meghan Markle’s wedding, Prince Philip underwent a successful hip replacement surgery in April 2018. At the time, Buckingham Palace confirmed his operation via a statement (per Town & Country): “Prince Philip left King Edward VII’s Hospital at midday today, following a hip replacement operation last week. He will continue his recovery at Windsor. His Royal Highness would like to convey his appreciation for the messages of good wishes he has received.”

The duke was reportedly in “‘good spirits’ and making progress,” according to USA Today, as well as was “expected to need a rehabilitation period and to use crutches for a number of weeks.” However, just one month later, Prince Philip joined his wife Queen Elizabeth II as they watched their grandson get married. He also looked to be in very good shape as he entered St George’s Chapel at Windsor Castle in photos published by Us Weekly on May 19, 2018.

The duke was involved in a car crash in 2019

In early 2019, Prince Philip was involved in a car crash that left a woman injured. According to CNN, he crashed into another vehicle while leaving the Sandringham estate in Norfolk, which caused his Land Rover to flip on his side. Thankfully, the duke came out of the accident unscathed but the passenger in the other car broke her wrist.

Philip later issued an apology in a letter obtained by The Mirror. “I would like you to know how very sorry I am for my part in the accident at Babingley cross-roads,” the duke wrote. “I have been across that crossing any number of times and I know very well the amount of traffic that uses that main road.” The royal blamed the incident on the sun, explaining, “In normal conditions I would have no difficulty in seeing traffic coming from the Dersingham direction, but I can only imagine that I failed to see the car coming, and I am very contrite about the consequences.”

Though he wasn’t charged for the accident, following the crash, Prince Philip voluntarily surrendered his driving license.

The last two years of Prince Philip’s life involved some family drama, a pandemic, and a four-week hospital stay. In 2020, The Sun reported the duke was “very disappointed” following Prince Harry and Meghan Markle’s decision to step down as senior members of the royal family. Sources claimed that he couldn’t understand why the Duchess of Sussex couldn’t “just give up her acting career, support her husband and support the monarchy” as he himself did.

Then, the pandemic hit in March 2020. Philip and Queen Elizabeth II spent a lot of time at Windsor Castle, otherwise dubbed the “HMS Bubble,” as per Sky News, because of the strictly enforced safety restrictions to protect the couple. They reportedly returned in November following the U.K.’s second national lockdown, and they remained there until Philip was admitted to the hospital in February 2021 after he was feeling unwell. He stayed in the hospital for four weeks, where he underwent a “successful procedure for a pre-existing heart condition,” according to a Buckingham Palace statement (per People).

The royal was later released from the hospital on March 16 and returned to Windsor Castle where he spent the last month of his life.