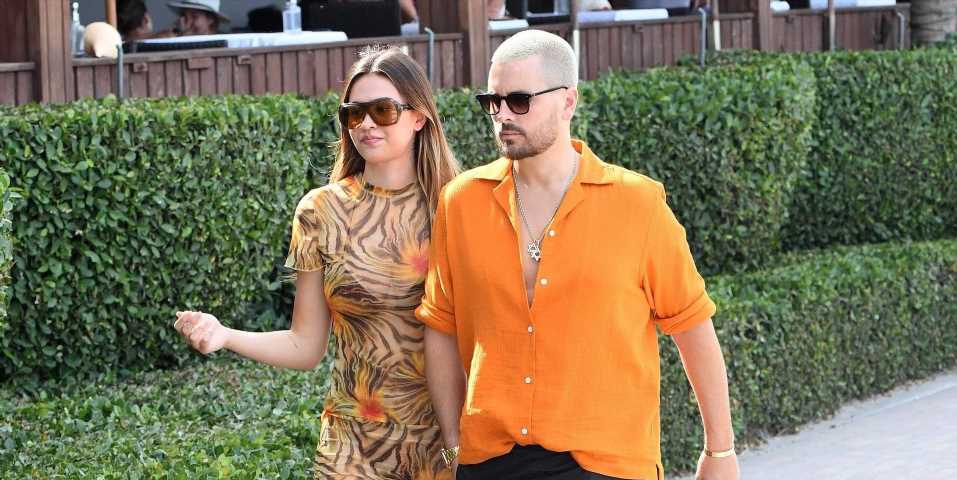 Scott Disick and Amelia Hamlin have ~officially~ called their yearlong relationship quits and speculation about what ended the cute lil ‘ship is HOT.

The pair had been linked since October 2020, and according to Us Weekly, Amelia is the one who called it off. It doesn’t seem surprising that she broke up with Scott though, since the couple had a rather, eh, off time ever since Scott sent a DM about his ex Kourtney Kardashian to her ex about her. Yes, it’s as messy and confusing as it sounds. But to be clear: Scott apparently sent a whole DM throwing shade about Kourtney’s PDA with her boo Travis Barker to Kourt’s ex Younes Bendjima, who then proceeded to expose Scott and the message. You can’t make this stuff up!

Amelia was “very disappointed” in Scott’s behavior and “let him know it,” according to E! News. The two had been spending time apart, but a separate source told Us that the split “wasn’t related to the messages Scott sent about Kourtney” and it was “coming regardless.”

Either way, Amelia seemingly has not been here for the games. I mean, did you see that “Don’t you have a girlfriend?” tank she was wearing? The shade of it all.

And if that wasn’t enough, last night Amelia reposted a quote to her Insta Stories that said, “Never settle for less. Not with your jobs, your friends, and especially not with your heart. Continue to seek what you are looking for and do not shrink yourself for the sake of other people. You deserve the best.” She added “This is it” on top of the photo. That’s post-breakup energy if I’ve ever seen it.

Another source told Us that Amelia and Scott are taking the breakup “in stride.” We wish them the best as they navigate the waters ahead.