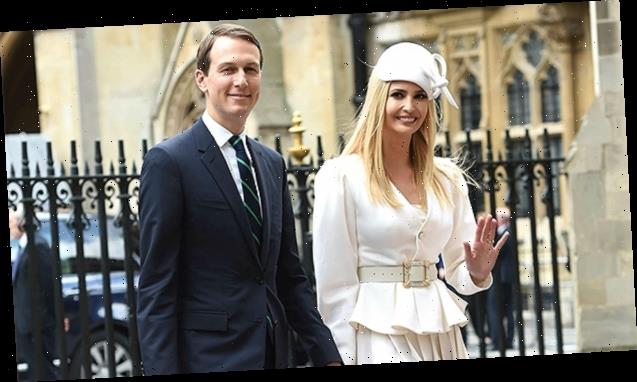 Ivanka Trump and Jared Kushner reportedly banned their Secret Service detail from using their bathrooms, causing them to scramble for toilets, and drawing comparisons to ‘The Help.’

They lay their lives on the line to protect them every day, but Ivanka Trump and Jared Kushner allegedly won’t even extend their Secret Service agents the courtesy of using their bathrooms. Despite their massive home in DC’s elite Kalorama neighborhood boasting six bathrooms, Ivanka and Jared instructed their agents not to step foot inside. Thus began desperate agents’ search to find a restroom to use on the job, according to neighbors and law enforcement officials who spoke to the Washington Post.

Instead, the agents resorted to using a porta-potty or driving to Vice President Mike Pence‘s house. Some even walked up the street to the home of Barack and Michelle Obama, who kindly let them use a bathroom in their garage for a short while… “until a Secret Service supervisor from the Trump/Kushner detail left an unpleasant mess in the Obama bathroom,” according to the Washington Post. By September 2017, the Secret Service agents found a more permanent solution: the federal government rented a basement studio from one of Jared and Ivanka’s neighbors for $3000 a month. That comes to more than $100,000 spent on a toilet to date.

While House spokesman Judd Deere denied in a statement that Jared and Ivanka banned their Secret Service detail from using bathrooms in their home: “When discussions regarding protecting their home were initially had in 2017, Ivanka and Jared made clear that their home would always be open to the incredible men and women on their detail. It was only after a decision by the [Secret Service] was made that their detail sought other accommodations.

“The Kushners have a tremendous amount of respect for the servicemen and women on their detail and for the United States Secret Service as a whole. Their home will always be open to them and they have immense gratitude for their service over the last four years.” Still, something didn’t smell right about the situation with Twitter users.

Some Twitter users compared the situation to The Help. “Ivanka Trump and Jared Kushner when the people who guard their safety have the audacity to need a piss break #thehelp,” one Twitter user wrote, adding a photo of Bryce Dallas Howard‘s evil housewife character. “Let’s hope those agents watched the movie The Help!” another Twitter user posted, adding a gif of Octavia Spencer‘s maid character delivering her a pie filled with feces.

“In the spirit of unity and healing, we should be able to storm Ivanka and Jared’s bathrooms,” writer Bess Kalb tweeted. “Ivanka: I want to be President one day. Also Ivanka: the thought of sharing a bathroom with ‘the poors’ makes me want to puke,” another Twitter user posted. The common consensus: Ivanka and Jared probably shouldn’t accept any baked goods from their security detail.