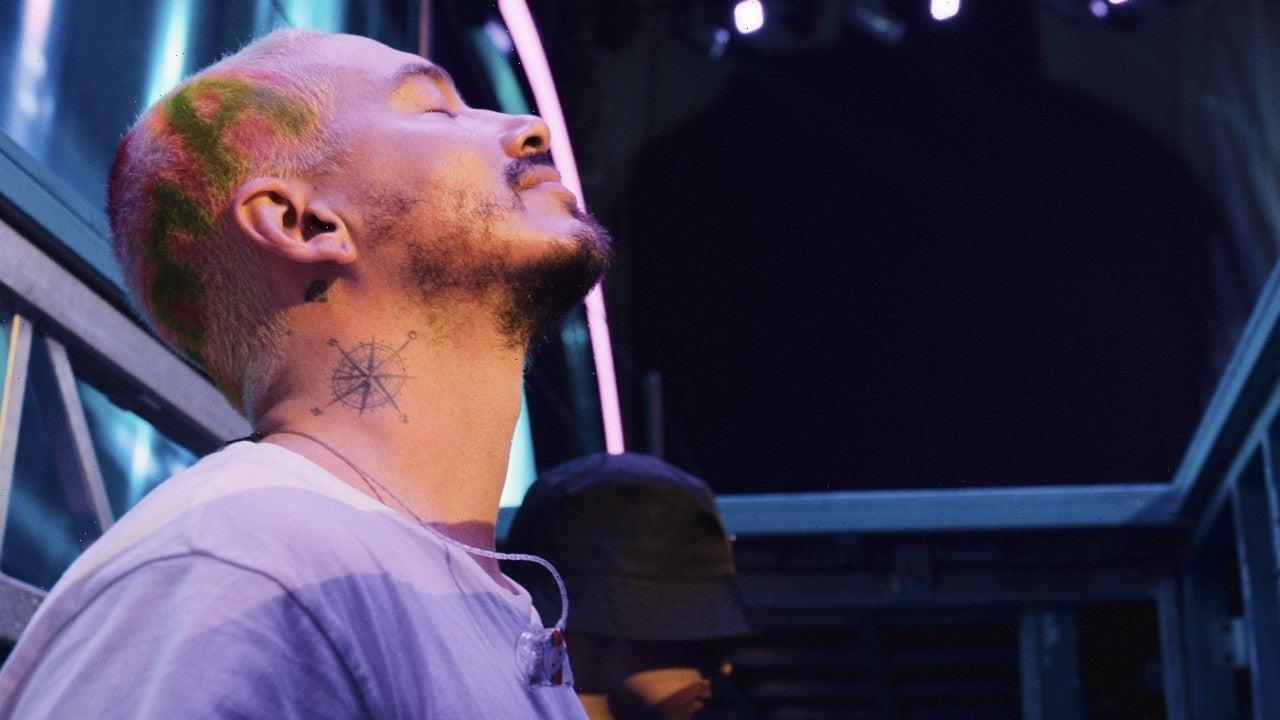 Early on in Matthew Heineman’s documentary on Colombian superstar J Balvin, The Boy From Medellin, you get the sense that filmmaker and singer alike had a specific kind of film in mind. Opening with a kindhearted moment at a Mexico concert, where Balvin (born José Álvaro Osorio Balvín) talks candidly about his mental health struggles, you get the sense that The Boy From Medellin was designed as a chronicle of an artist set to return to his hometown, older and wiser than when he’d first left.

And, to be fair, Heineman’s documentary delivers on that account. As a portrait of an artist returning to his roots, the film delivers. Longtime fans of Colombia’s “Prince of Reggaeton” will find much to enjoy, in between slick concert footage featuring his biggest hits, grainy home movies that show his DIY start and intimate one-on-ones, where Balvin wrestles with the burdens of being a global superstar.

But layered on top of that is a fascinating, if unintended, snapshot of a country in crisis. Shot in 2019 during a string of heated and violent protests all over Colombia that threatened to cancel Balvin’s long-awaited concert in his hometown, The Boy From Medellin is full of telling moments that showcase the question of what fans around the world have come to expect from their beloved stars during heightened political turning points.

Premiering May 7 on Amazon Prime right as Colombia finds itself yet again in the middle of a “paro nacional” that’s already resulted in several deaths amid violent altercations between police and mostly young protesters, The Boy From Medellin feels urgent less for what it says about its titular star than what it captures about his home country. The juxtaposition of Balvin’s glossy photo shoots in places like Comuna 13 surrounded by fans and the newsreels of protesters clashing with police in riot gear (“Disculpa la molestia pero nos están matando,” as one sign reads) sum up the gap not just between who Balvin was and who he’s become, but the gap between the Colombia that’s projected out onto the world and the one that’s crying out in the streets.

Moreover, the doc now serves, too, as a glimpse into how Balvin understands his own role as a renowned Colombian artist with a global platform. Early on in the doc, for instance, he stresses just how far away he wants to be from “politics”: “I’m not on the left or right, but I’m always walking forward with dignity and respect,” he tells an adoring concert crowd. It’s a sentiment he echoes throughout, pushing back on the calls on social media from fans who want him to speak out on issues affecting an entire generation fed up with the current Colombian government. It’s why he agonizes over the wording of his Instagram posts and doom scrolls through comments from haters and critics alike.

Fans are seeing that very same dynamic play out today. His social media feed may be a lot more active than during the 2019 paro (“Colombia can’t take this no more,” he wrote atop an image of an upside Colombian flag on Twitter and Instagram) and he even spoke out against the tax reform that had first driven people to march. But his rhetoric is very much hedged in the same language as the kind he used at the end of The Boy From Medellin: “Necesitamos paz y amor, se perdió el control de la situación,” he recently wrote on Instagram (“We need peace and love, the situation’s out of control”), almost word for word what he’d told Medellin two years ago when he had those very same words written on his bleach blond hair.

As Balvin calls on fellow Colombian figures to speak out now, the many conversations he’d had in 2019 during the shooting of The Boy From Medellin about how or if his global platform could be used to preach for peace at a time when a country’s frustrations made such pronouncements sound borderline tone-deaf, feel all the more relevant today. His recent Instagram stories, where he bemoans the impossible position he finds himself in and broods over the fact that the country’s future looks not so much colorless as pitch black, show he’s still trying to find a way to marry his characteristic colorful outlook on the world with the pressing political advocacy so many of his fans are demanding.

The Boy From Medellin premieres on Amazon Prime on May 7.