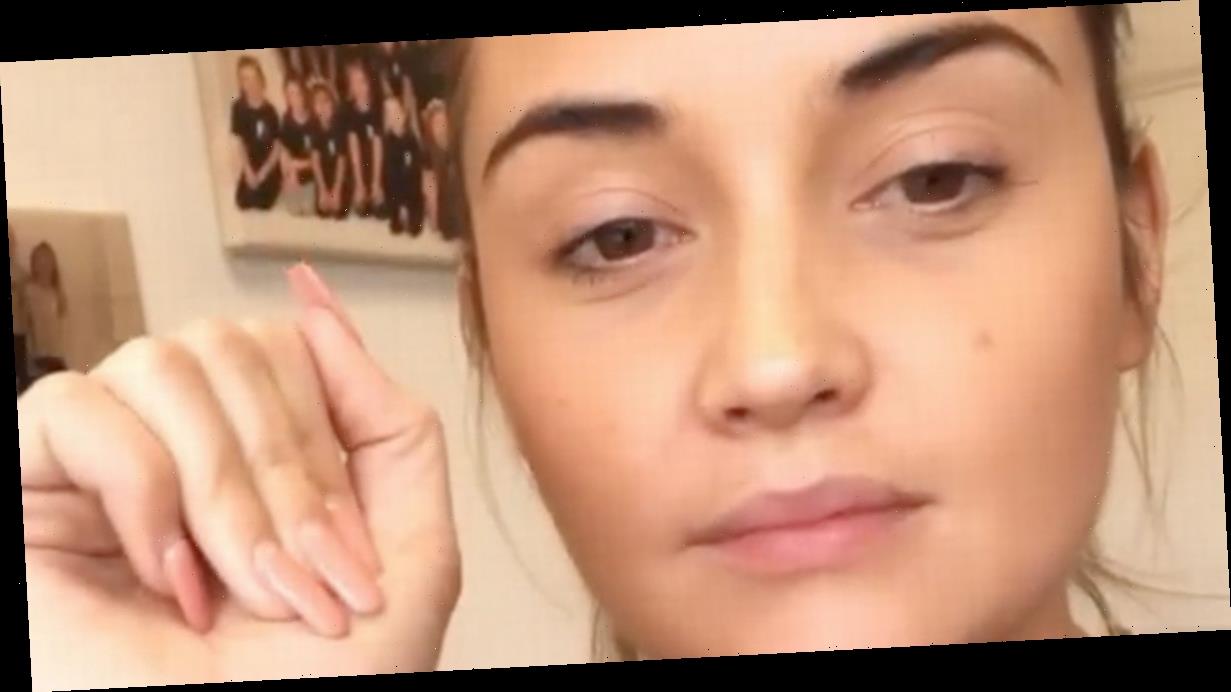 Jacqueline Jossa has told fans it’s "not possible" for her to be pregnant after she was spotted wearing anti-morning sickness bands.

The former EastEnders star, 27, took to her Instagram to dispel rumours afterher followers started speculating she might be expecting baby number three.

In an Instagram story, she held up the bands and explained they aren't just used to cure morning sickness.

She said: "These are morning sickness slash nausea bands. For like sea sickness.

Jac then speculated she might have vertigo, referencing her dizziness, headaches and travel sickness – although she couldn’t quite find the word.

She went on: "So I went to the chemist and bought these in my head thinking it would fix it. I’m not pregnant.”

Jac and Dan Osbourne are already parents to two daughters, Ella, four, and Mia, one, while Dan is also dad to a son named Teddy from a previous relationship.

Last year Jac told fans had to tell fans she was "bloated" not "pregnant" after posing in a tight dress which sparked baby gossip.

After winning I'm a Celebrity, the jungle queen has been busy juggling her mummy duties with her newly rejuvenated career recently.

Her InTheStyle collection sold out in six minutes on Thursday, which broke records for the fashion brand after they were rumoured to have enlisted the help of Jac for a six-figure sum.

She also runs her own performing arts academy, which she’s enrolled her little girls into.

But with working a lot more, Jacqueline confessed she was tired and it is "super-hard being a working mum".

The mother of two has revealed she’s determined to spend "as much time with the kids" – Ella and Mia – even while she's on the lookout for more work.