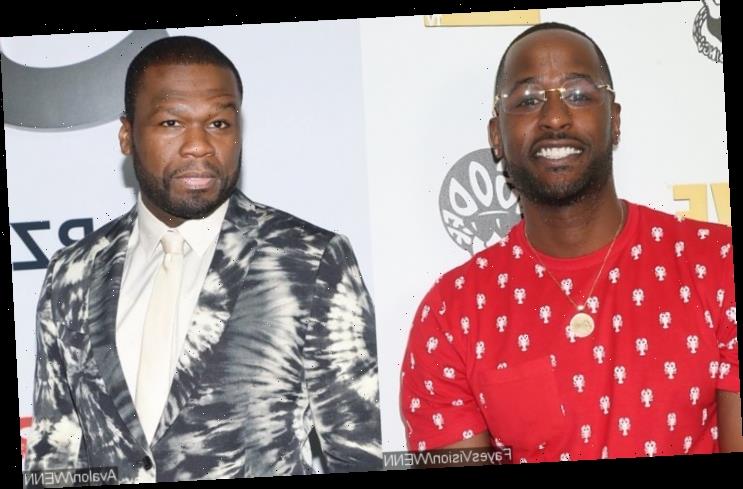 Fofty called out Jackie back in May 2019 on an Instagram post, accusing him of owing him the longtime debt before adding that he saved Jackie as Sean ‘P. Diddy’ Combs wanted to kill him.

AceShowbiz –Jackie Long only has nice words for 50 Cent even though he used to be feuding with the latter, who claimed that he owed him money. While stopping by Fox Soul’s “One on One with Keyshia Cole“, the actor addressed their Internet back-and-forth in 2019.

“I think he owe me at this point,” Jackie said about overpaying the “Power” star and creator. When Keyshia asked if he paid Fofty in full, he replied, “Hell nah!” adding that the rift “came at a time when we had just lost the great Nipsey Hussle, and what 50 did wasn’t just funny, but it was entertaining in a way to say somebody owed him money.”

Jackie went on saying that he admired Fif, whom he considered a brother, for being an entrepreneur. They appeared to be close as Jackie revealed that they would discuss their respective project when they hang out together.

Keyshia attempted to get him talk about when Fif shaded him for not paying his loan, but he sang praises for the “In Da Club” rapper instead. “Shout out to Fifty,” Jackie added. “He’s a great father. A great friend. And we doing a lot of things that we gon’ surprise the world with and I’m not gon’ speak on it right now. I’ll let him do his job.”

Fofty called out Jackie back in May 2019, accusing him of owing him the longtime debt. “This punk a** n***a @jackielong better give me my money. You on BET now you can have mine by Monday fool,” so Fif said. Jackie was quick to hit back in the comment section, claiming that he already paid up $250,000.

“Jacki interest Jackie you gotta pay me,” Fif replied. He then dragged Sean “P. Diddy” Combs into the arguement as he wrote, “Puff was gonna kill you fool. I saved your life n***a.”

Jackie apparently didn’t think he owed him money after paying him the said $250,000. Taking to his own Instagram page, Jackie wrote alongside a photo of Fif, “if you give me money and I give you right back what the f**k you mad about. Get the f**k outta here !!!!”