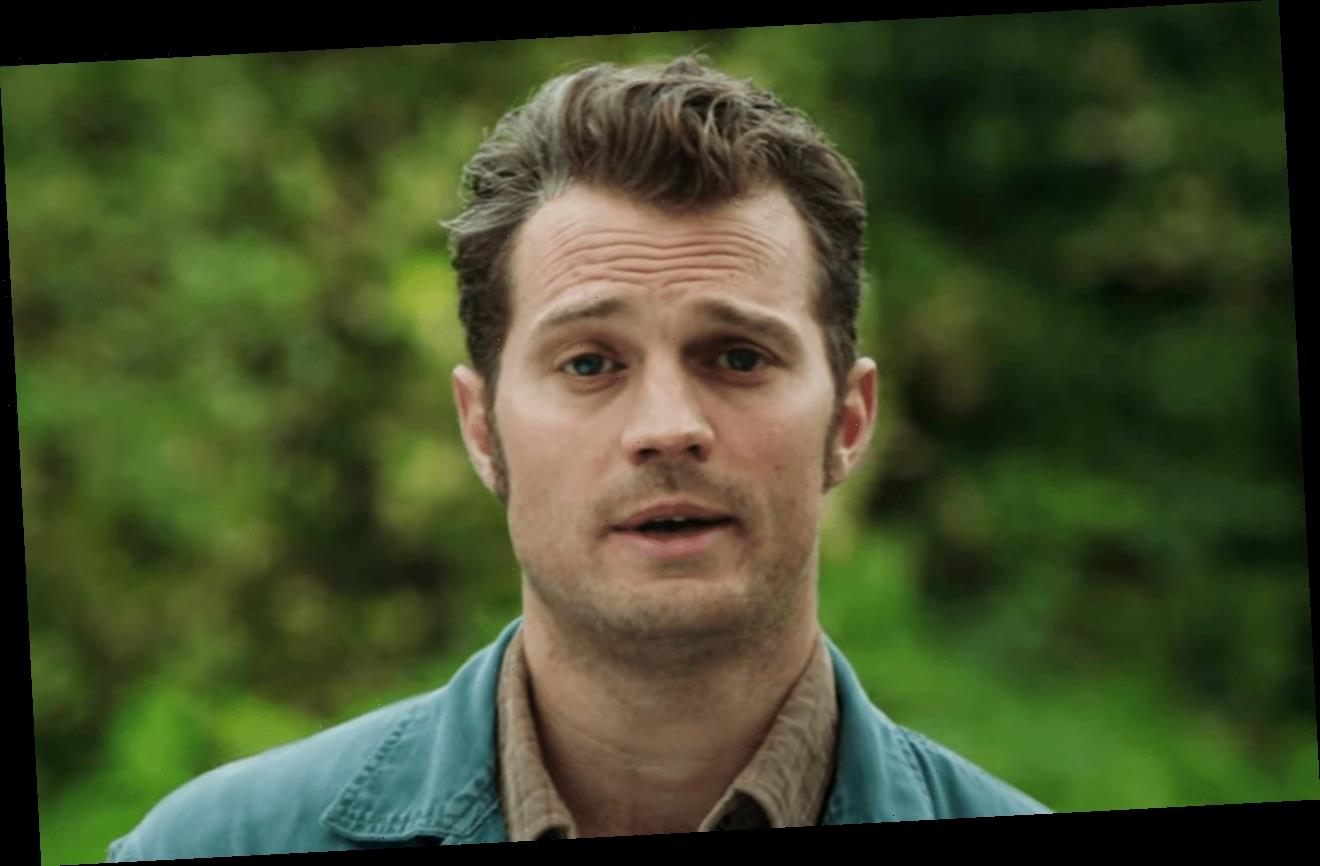 When making an appearance on Live with Kelly and Ryan, the ‘Wild Mountain Thyme’ actor opens up about having chickens, a rabbit, a horse, and three screaming goats at home.

AceShowbiz –Jamie Dornan didn’t have to dig too deep to research his role as a farmer in new film “Wild Mountain Thyme” – he oversees chickens, a rabbit, a horse, and three screaming goats at home.

The actor stars opposite Emily Blunt in the movie adaptation of John Patrick Shanley’s play “Outside Mullingar”, and he didn’t have to try too hard to look comfortable on camera opposite his four-legged co-stars.

“We have a bit of land,” the “Fifty Shades of Grey” hunk mused, looking out the window of the home he shares in England with composer wife Amelia Warner and their three young daughters during a recent appearance on “Live with Kelly and Ryan”, “but I wouldn’t say we’re a farm. We have animals – we have three goats, five chickens, a rabbit, a horse, and a dog. It’s farm-like but not a farm.”

But he’s fonder of some of his furry friends than others.

“If I crane my eyes, I can see the goats,” he sighs. “They’re not my favorite people (sic). The goats spend their whole lives trying to escape and it gets really troublesome. If I came down (one day) and the goats weren’t well, I wouldn’t be upset, put it that way.”

“They’re like no people I’ve met but they definitely have a proper banshee scream on them. Even when I come to feed them, it escalates. They scream more and more the closer I get to feeding them. It kills me!”

In an unrelated interview, Jamie opened up about the reason why he is giving up on drinking. “I have decided not to drink for the rest of the year. I’m on Day Five – I know, I look so good – but I am trying not to just for the craic,” he told the winter issue of Wonderland magazine. “Because my wife is not really drinking, (my wife) Millie’s been off the booze for a while actually … So it’s kind of to support that a wee bit. It’s just you get into such a thing of doing it all the time particularly in lockdown.”