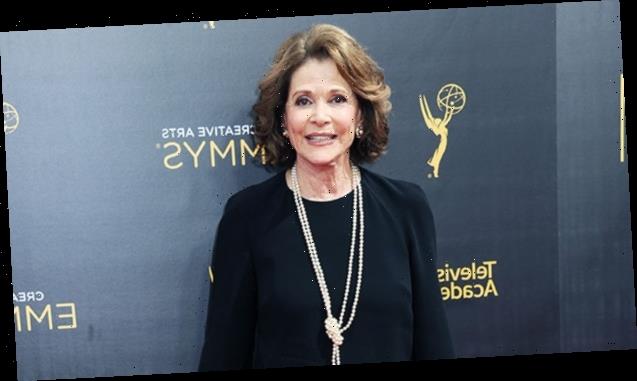 Tributes are pouring in from the cast of ‘Arrested Development’ after Jessica Walter’s death on March 24.

Jessica Walter, 80, died in her sleep at home on March 24, her daughter confirmed one day later. The Emmy Award-winning actress is widely known for her role as Lucille Bluth on the show Arrested Development. After news of Jessica’s death broke, fellow cast members from the hit show took to social media to mourn the late actress with touching tributes and messages.

Jason Bateman, 52, took to Instagram to post a tribute to Jessica. “R. I. P. Jessica Walter. What an incredible career, filled with amazing performances,” he wrote on Thursday, March 25. “I will forever remember my time with her, watching her bring Lucille Bluth to life. She was one of a kind. All my love and thoughts to her family,” he added.

Tony Hale was one of the first stars to post a tribute online. He posted the sweetest selfie of himself alongside Jessica, along with a short but sweet message. “She was a force, and her talent and timing were unmatched,” Tony wrote. “Rest in Peace Mama Bluth.”

Henry Winkler also wrote a touching message to Jessica. “Oh NO!” he tweeted, upon reading the news online. “We worked together for years on Arrested Development. It was an honor to watch her comedy explode from the very first row.”

“Jessica Walter was a deeply talented person,” Will Arnett, who worked alongside Jessica on Arrested Development, tweeted in the wake of her passing.  “We first met on a pilot in ‘96 and I was instantly blown away. I’m fortunate to have had a front-row seat to her brilliance for 25 years. My thoughts are with her daughter Brooke and grandson Micah today. Farewell Jessica, you’ll be missed.”

David Cross, who also worked with Jessica on Arrested Development, voiced his sadness in his trademark way. “I just heard the shitty news about Jessica Walter,” he tweeted.  The Mr. Show comedian said Jessica was an “absolutely brilliant actress and amazing talent.” He also added that he was “privileged and very lucky to have been able to work with her. Lucille Bluth is one of TV’s greatest characters.”

Jessica’s acting career began in the early 1960s in the theater. Soon after, she landed a television role on Love of Life, which aired from 1962 until 1965, and began appearing on various other TV shows in the years that followed. Jessica began adding films to her resume by the early 1970s. She was on Arrested Development for its original run in 2003 until 2006, and even received an Emmy nomination. Then, she returned for the Netflix revival in 2013 and 2018-2019. Jessica won an Emmy Award for Outstanding Lead Actress in a Miniseries or Movie when she played the title character in Amy Prentiss in the mid-1970s. 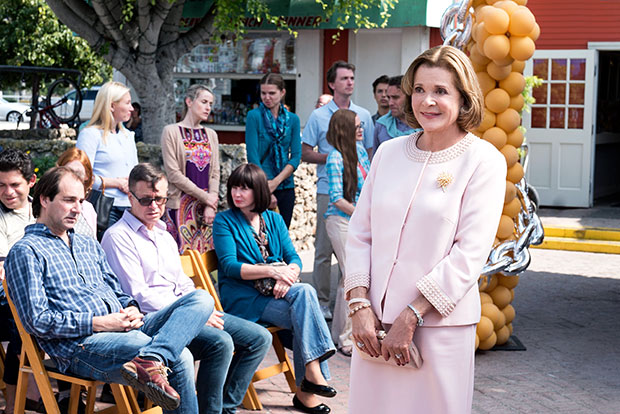 Jessica was survived by a daughter, Brooke Bowman, who she shared with her first husband, Ross Bowman (the two were married from 1966 until 1978). She married her second husband, Ron Leibman, in 1983, and was with him until his death until 2019.

Brooke released the following statement after her mother’s death: “It is with a heavy heart that I confirm the passing of my beloved mom Jessica. A working actor for over six decades, her greatest pleasure was bringing joy to others through her storytelling both on-screen and off. While her legacy will live on through her body of work, she will also be remembered by many for her wit, class, and overall joie de vivre.” Jessica’s family is asking for donations to be made to Guide Dogs for the Blind in lieu of flowers.