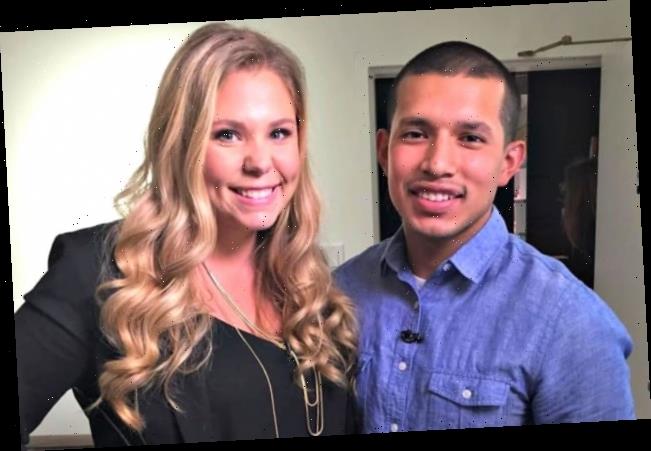 We didn’t think it was possible, but somehow, Kailyn Lowry’s life is even more dramatic than anyone realized!

The latest turmoil comes in the form of an alleged love triangle involving Kail, her ex-husband, Javi Marroquin, and Javi’s ex-fiancee, Lauran Comeau.

As you’re probably aware, Lauren claims that Kail and Javi have been having an affair for the past three years.

Lauren understandably has a problem with that, as she was engaged to Javi for most of that time.

Now, of course, we’re forced to re-examine everything that happened in those years, including the latest addition to Kail’s family.

Back in July of 2020, Lowry welcomed her fourth child, a boy she named Creed.

But Lauren’s allegations have raised questions about the child’s paternity.

Truth be told, there were some folks who claimed the baby looked like Javi even before this latest twist in the never-ending soap opera that is Kail’s life.

Now, they’ve been emboldened, and they believe their theory has essentially been confirmed.

“I’ve been thinking this for weeks. Something just clicked in my brain and I was like there’s no way that baby is not Javi’s,” another added.

“And with what Lauren said today… no way this is just about him buying her car.”

The accuser is referring to an Instagram Story that Lauren posted last week, in which she alleged that Kail and Javi were at a car dealership together, and Lowry had decided to simply give Marroquin her old Chevy Suburban.

Obviously, there’s only one sure way to know if the kid is Javi’s or Chris’, and that’s a paternity test — so we really won’t know anything until that takes place.

But many believe that Kail’s decision to run from the issue is confirmation that she has something to hide.

“Damn they look alike! Hey jw did Kail take her Twitter down? Bc when I went to it it says ‘accounted suspended’, anyone got the 411 on this?” one user tweeted earlier this week.

“Didn’t Chris get a paternity test for Creed that confirmed he was the dad?” another asked.

“I haven’t found anything that confirms that,” a third person replied.

Again, there’s only one way to get to the bottom of this, but it seems likely that Chris will demand a paternity test in the very near future

He’s already stated that he has doubts about whether he’s really Creed’s father — and that was before Lauren’s allegation.

Javi Marroquin: I Did NOT Cheat on Lauren Comeau With Kailyn Lowry! [UPDATED]Start Gallery

As for the rumor that Lowry and Marroquin are getting back together, it seems unlikely at the moment.

Our guess is that they were hooking on the down-low, and they never meant for it to become anything more than that.

Of course, we would have thought it was impossible for these two to be in the same room without killing each other, and it turns out they’ve been banging the whole time!