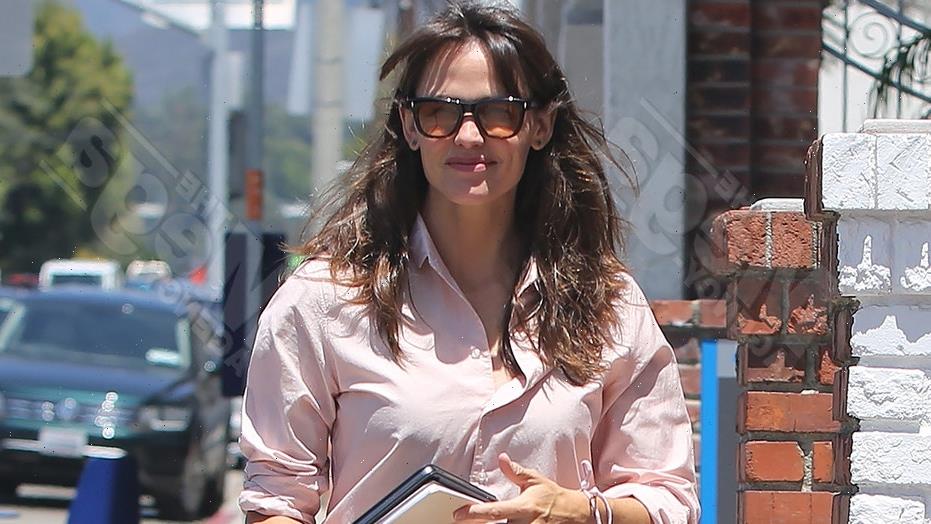 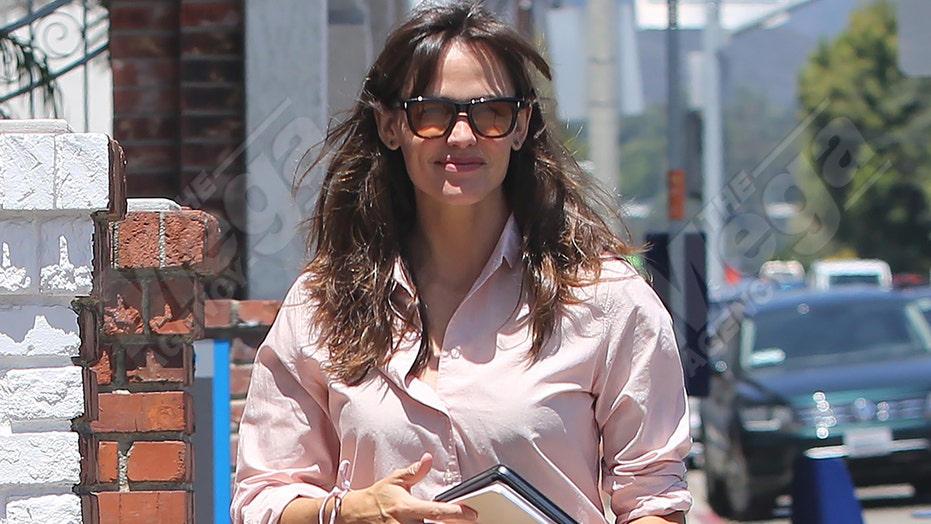 The actress was photographed on Friday out and about in sunny Los Angeles running errands and organizing the construction of her new home with members of her team.

The “Alias” actress, 49, kept her look super casual in a loose pink blouse and blue jeans – her golden brown locks draped over her shoulders. Garner accessorized the ensemble with a pair of brown shades and a booklet of valuable notes.

Garner’s public spotting comes amid news that Lopez is contemplating purchasing her own new construction home in Los Angeles while she makes the final decision on whether she’ll make the move to LA on a more permanent basis.

Earlier this month, she was spotted touring a new development and in the snapshots, the singer is seen climbing a ladder with someone who appeared to be an architect and was showing her the property while exploring the Bel Air home which is still under construction. 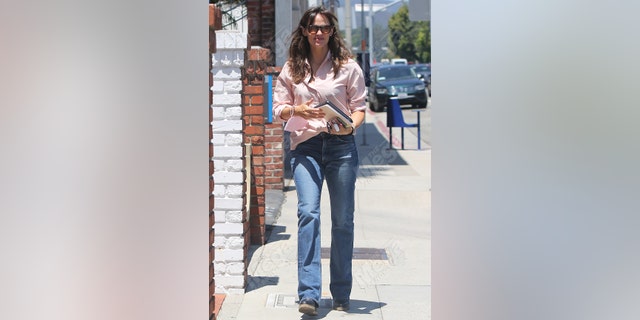 Jennifer Garner running errands and organizing the construction of her new home on July 30, 2021, in Los Angeles., Calif.

Garner was previously married to Affleck, 48, from 2005 to 2018. They share three kids together. Per an insider connected to Us Weekly, JLo and Garner have crossed paths over the years and the “Hustlers” actress has since garnered the “seal of approval” from Affleck’s ex-wife.

Lopez thinks “Jennifer is a kind and wonderful person and an amazing mother,” the source added.

Meanwhile, another source told Entertainment Tonight that Garner, 49, “is accepting of Ben” and there’s “no animosity” between the former couple.

“As long as Ben stays on track and keeps the situation healthy, especially regarding the kids, then Jen is happy,” the source said.