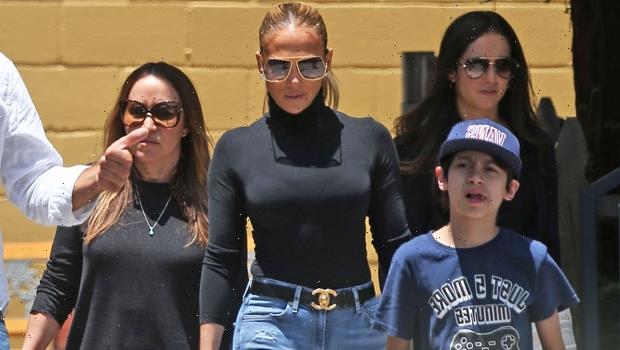 Jennifer Lopez appears to be looking at schools in Los Angeles, where beau Ben Affleck lives full-time, for her twins Max and Emme.

Jennifer Lopez, 51, splits her time between Los Angeles and Miami — but it seems more and more like she’s planning to be in California full-time where rekindled love Ben Affleck, 48, resides. The “Dear Ben” singer was seen with son Max, 13, visiting a west side area private school on Friday, July 9. The stylish star rocked a pair of ripped skinny jeans and thin turtleneck for the outing, adding a black “CC” belt from Chanel. Her daughter Emme, also 13, didn’t appear to be present for the visit. 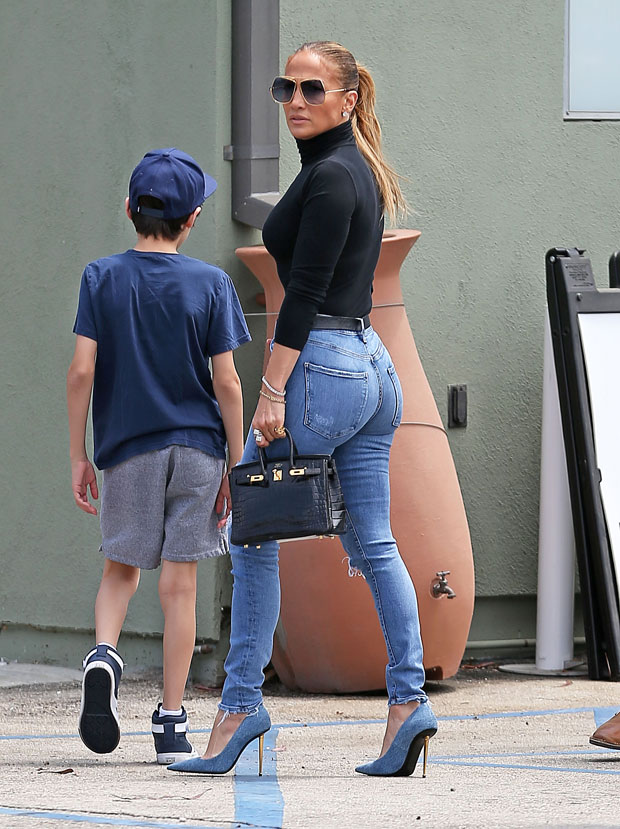 Never far from her Hermès bags, Jen grabbed a smaller black crocodile Birkin to match the belt, finishing the ensemble with a denim blue pump and her go-to wire shades. She kept her highlighted hair back in a sleek ponytail as she made her way around the outdoor property with son Max trailing behind. The 13-year-old was casual in shorts, a baseball cap and graphic t-shirt that read, “Just S’More Minutes” with a controller. 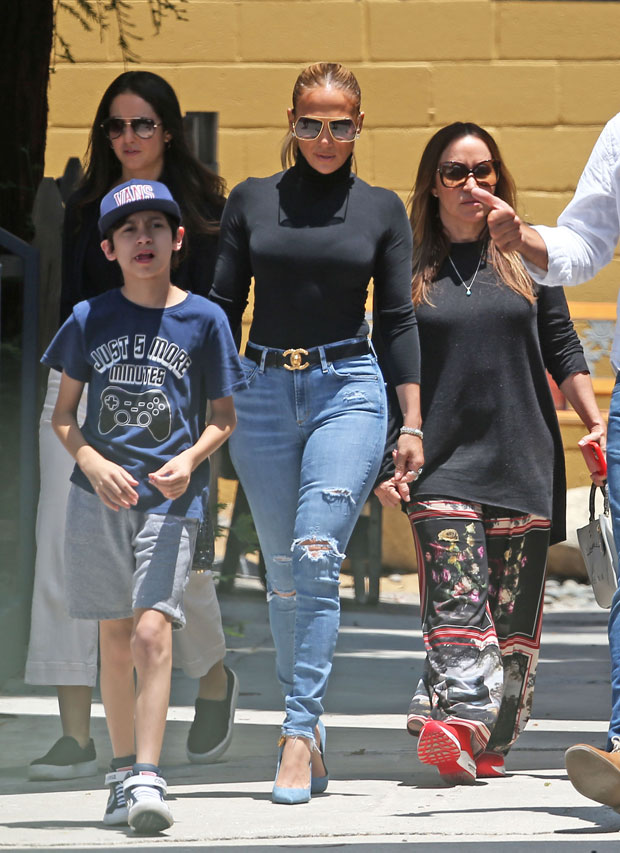 Just a month ago, Jennifer was spotted touring the same school and one other amid speculation she would make Los Angeles more of her permanent home base. She owns a home in the ritzy Bel-Air neighborhood, where Ben has frequently been spotted leaving, in addition to a $32 million house on Miami’s exclusive Star Island. She has also been renting an $18 million beach front mansion that Ben visited in May.

While school won’t be back in session for a few weeks, Bennifer sources told HollywoodLife EXCLUSIVELY the couple are making their “bi-coastal” romance work this summer. “Their connection is very real and they’re dedicated to making this relationship work,” a source close to the pair, who were engaged from 2002 – 2004, told HL. “Jen loves vacationing at her home in the Hamptons during the summer, but since Ben lives in LA where his kids are, she’ll be splitting her time between the two coasts so they can spend as much time together as possible,” they also told us.

Recently, the This Is Me…Then singer opened up about her iconic 2002 album — which was dedicate to Ben — in an interview about her latest Spanish single. “When I listened to that [album] on many, many different levels, those songs are more relevant today than they even were then,” she said on July 5. “It was a real pure moment in time. And that music, when it’s important, it never goes away…love, it just doesn’t go away. It’s just there,” she also explained, declining to mention Ben by name. Notably, he appeared in the video for lead single “Jenny From The Block,” and she also penned tracks “Dear Ben,” “The One” and “Baby I Love U!” for the Pearl Harbor actor.