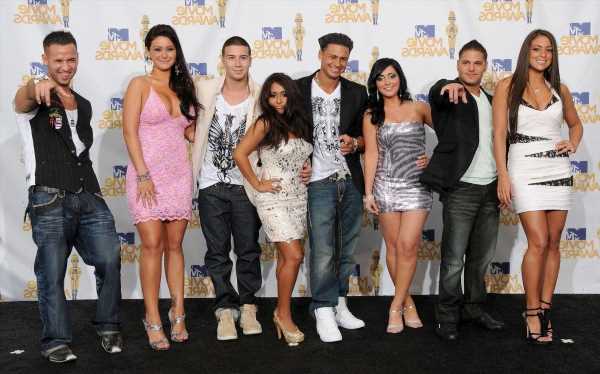 This may come as a shock to some MTV fans, but most of the Jersey Shore roommates went to college. Not all of the reality TV stars obtained their degrees, but that doesn’t take away from the hours they spent on their higher education. Find out which Jersey Shore: Family Vacation roommates were hitting the books before becoming reality stars.

Jenni “JWoww” Farley also went to college. She studied graphic design at the New York Institute of Technology with aspirations of becoming an animator for Disney one day.

Instead of hitting the books, Ronnie Ortiz-Magro pursued a career in real estate, which his dad was working in at the time. Meanwhile, Pauly DelVecchio decided to focus on his career in music and DJing.

As for Jersey Shore roommate Angelina Pivarnick, she studied to become an EMT in New York City. “My day job is being an EMT,” she explained in an episode of E! True Hollywood Story. “For forever, I’ve wanted to help people, so I decided to go to school and do it. Me being an EMT, people get to see the best in me. I have a big heart, but people don’t realize it.”

Before becoming a famous reality star, Polizzi was studying to be a veterinary technician (via Life & Style). “We would help deliver cows,” Polizzi told Vulture in 2018. “I loved it. I had one more semester until I could graduate and then try to get my license.”

In season 1 of Jersey Shore, Polizzi briefly mentions her college career during a date. She explains how she left school to spend the summer at the shore. “[Doing the show] was a huge thing for me because I was missing all my classes,” she elaborated to Vulture. “I felt very guilty.” Today, Polizzi is a successful mother, business owner, and reality star.

Before becoming the “Keto Guido,” Guadagnino was a political aide for Democratic Staten Island state assemblyman Michael Cusick. At the time, he waned to go to school for law. “I was in college for four years,” he told Vulture in 2010, explaining his trajectory from SUNY New Paltz to CUNY the College of Staten Island, where he graduated with a 3.9 GPA (via Us Magazine).

“I did political science, and I was going to go to law school, so I was studying for my LSATs and hooking that up,” he continued. But when someone sent Guadagnino the casting call for Jersey Shore, his plans changed.