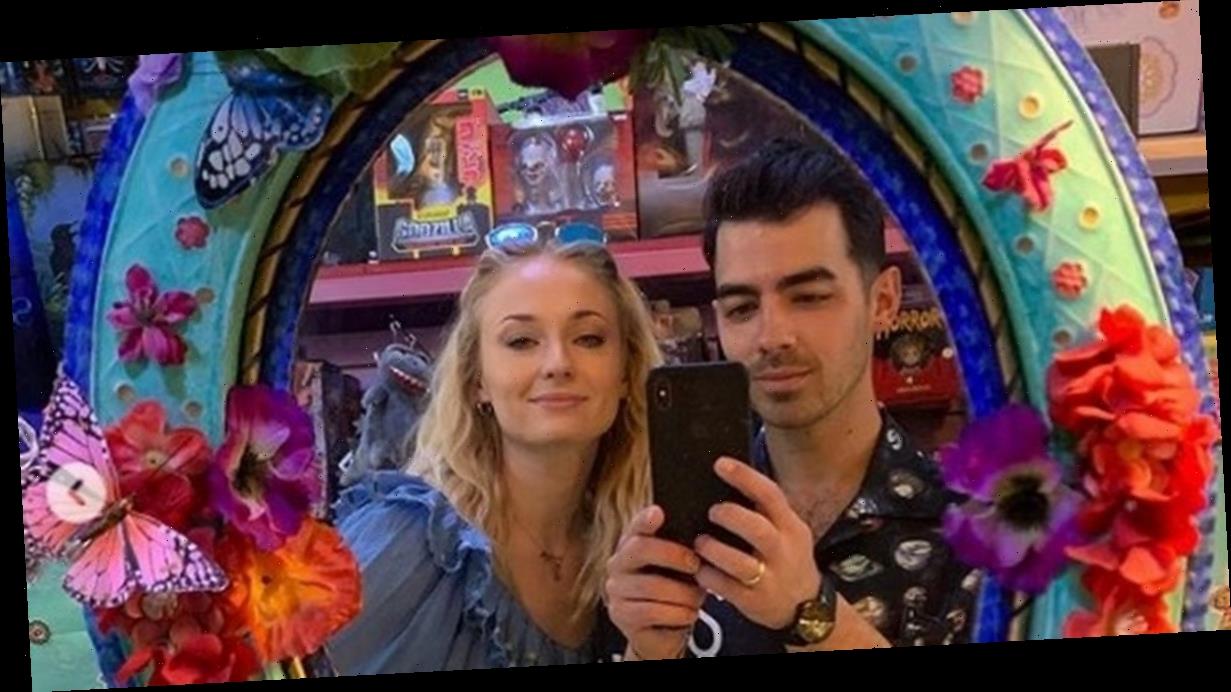 Joe Jonas and Sophie Turner proved they're still very much in love despite fewer public appearances together in recent weeks.

Joe, 30, shared a sweet snap cosying up to each other as pregnancy rumours continue to swirl around the pair.

Smiling for a mirror selfie, Joe took the time to share the sweet picture of him and his wife, as well as a picture with his mum for yesterday's International Women's Day.

Sharing the pic with his 13million Instagram followers, he wrote: "To all the bad ass Women in my life happy #internationalwomensday here’s a couple of extra special ones love you @sophiet love ya @mamadjonas."

The heartwarming post comes as the pair have been surrounded by pregnancy rumours.

And, as a major hint at the possibility of these rumours being true, the Game Of Thrones star, 24, was spotted shopping for children's toys with husband Joe.

Adding fuel to the speculation, she was seen carrying a soft toy under her arm during their outing in the Studio City area on Friday afternoon.

Sophie kept her stomach covered up in a baggy lilac jumper but flashed her long legs in a pair of white short shorts.

Last month it was reported that Sophie is pregnant, but she is trying to keep it low-key.

A source told  JustJared.com : "The couple is keeping things very hush hush but their friends and family are super excited for them.

"Sophie has decidedly been choosing outfits to wear on and off the carpet to accommodate her changing body."

The couple's reps have declined to comment on the rumours.

Sophie married Joe in Las Vegas last May and then had a second ceremony in France a month later.