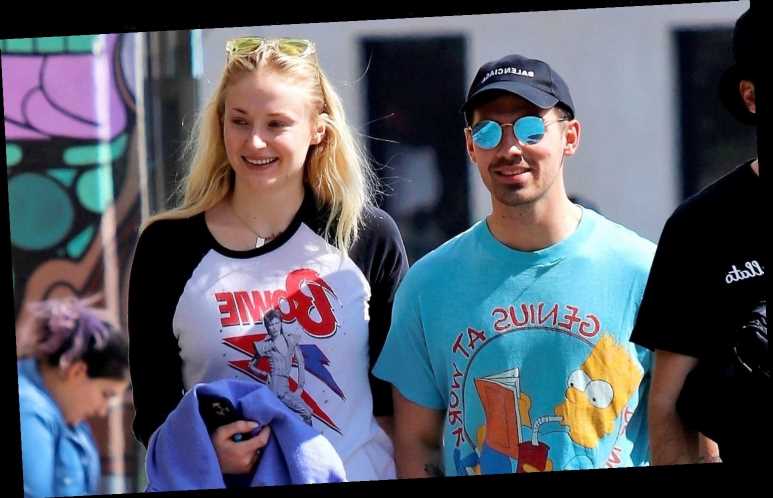 Joe Jonas and Sophie Turner make such a cute couple while stepping out for lunch on Friday (March 6) in Studio City, Calif.

The married couple was joined by a friend while grabbing a meal at a local Indian restaurant.

Sophie was dressed comfortably in a David Bowie shirt and short shorts, along with a blue sweatshirt that she held in front of herself when she wasn’t wearing it.

In a new interview, Sophie revealed what she believes is the worst outfit she’s ever worn in public.