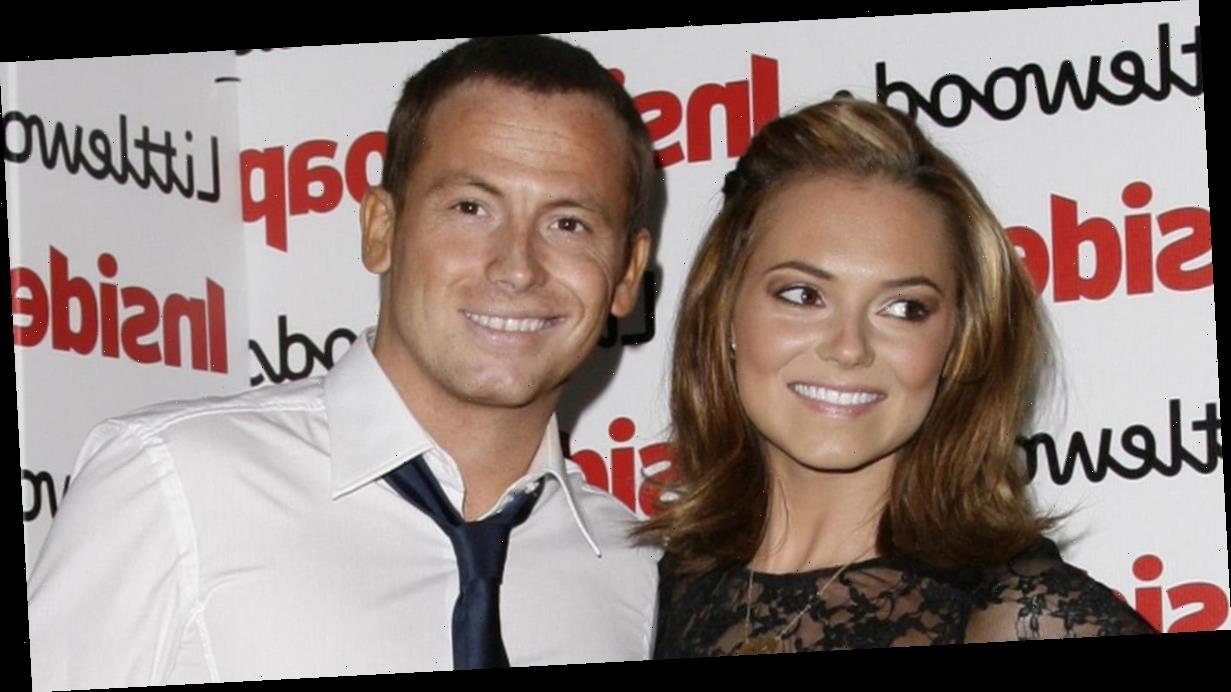 After a raucous night celebrating his Dancing On Ice win, a jubilant Joe Swash was undoubtedly nursing a headache as he left his hotel today hand in hand with his skating partner Alex Murphy.

But back in the day, the former EastEnders star – who welcomed son Rex with girlfriend Stacey Solomon last year -was so infamous on the party scene that he earned himself the dubious nickname, the 'swashbuckler'.

As Joe's hedonism spiralled out of control, exasperated BBC One bosses even had to haul him in and issue a stark warning about his behaviour.

"EastEnders understand that you’re young and bound to enjoy yourself – but they pull your reins in if you get a bit wild," Joe – who joined the cast as Mickey Miller in 2003 – once admitted.

But his bachelor days came to an abrupt but welcome end when he started dating co-star Kara Tointon in 2008, just months after being axed from the soap.

They first met in 2005 when Kara, 36, joined as Mickey's sister Dawn Swann, but she dated co-star James Alexandrou (Martin Fowler) for a year, and also had a relationship with Busted rocker, James Bourne.

However, love finally blossomed between Kara and Joe, 38, just before he flew to Australia to take part in I'm a Celebrity…Get Me Out of Here! in November 2008.

And he could hardly believe his luck, telling Now magazine he was 'punching well above' his weight.

"It’s going really well," he gushed. "She’s beautiful and we get on great.

Kara was equally smitten, revealing she had marriage on her mind and even hoped to start a family with the actor.

But the cracks reportedly started to show when the couple starred in Snow White at Bristol's Hippodrome in 2009.

Sources claimed the pair were having epic rows behind the scenes of the panto, prompting Kara to issue a denial, insisting: "We're very happy together, everything's going really well, but you'll have to ask him when we're getting married."

However, in May 2010 the devastated actress pulled the plug and apparently fled to Marbella with friends to 'get her head together'.

"She is really upset – there have been a lot of tears," an insider claimed at the time.

"Both she and Joe are really upset about it – but their rows were getting too frequent and they knew they couldn't make it work anymore."

So what went wrong?

While Kara has never dished the dirt, Joe admitted he was to blame.

"It was all down to me, and nothing to do with Kara," the lovesick star confessed.

"She genuinely does everything right. It was my fault it broke down. I didn't know what I had until she was gone."

Left 'kicking himself every day' for losing her, Joe said he begged 'a million times' for a second shot – but it was too late.

Instead, he was forced to watch on as Kara fell for handsome hunk Artem Chigvintsev on Strictly Come Dancing later that year.

And the romance rumours cut deep for Joe, who told the News of the World: "It hurt so much when I read they might be an item. I wanted to watch Strictly to support her but I knew it was going to rip my heart out.

"I couldn't believe it when I saw she was with Artem. He's a Russian hunk with muscles bulging out everywhere. Why couldn't they have given her Anton, or that little Italian dude who thinks he's a stallion?!"

Kara and Artem won the show together and went on to date for four years before splitting in 2014.

She now has son Frey, one, with her doctor boyfriend Marius Jensen, while Joe and Stacey welcomed son Rex last May.

And proving there's no bad blood, Kara reached out to congratulate her ex on Instagram, liking a picture of father and son watching Sky Sports.