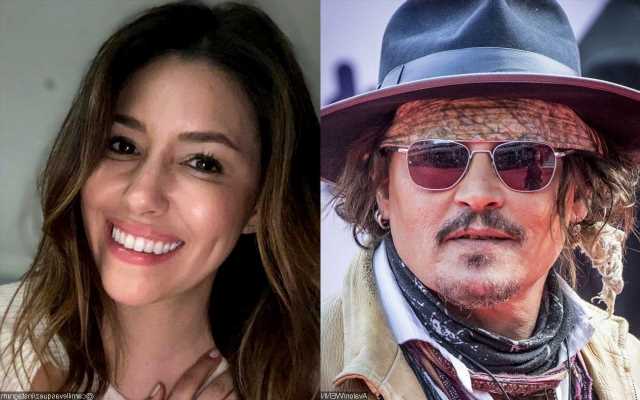 Social media users suspect there’s something romantic going on between the ‘Pirates of the Caribbean’ actor and his attorney Camille Vasquez after noticing their sweet interactions during the defamation trial against Amber Heard.

AceShowbiz –Johnny Depp and his female attorney are keeping their relationship strictly professional despite their seemingly close bond. Contrary to the speculation, the actor and Camille Vasquez, one of the lawyers on his legal team, are not dating.

Sources connected to Camille tell TMZ that the dating rumors are nothing more than fan fiction from social media. While noting that they mean business in the court, the sources say that they all have gotten very close to their client that it has become both a professional relationship and a friendship.

In fact, Camille is happily taken, according to the sources. She is reportedly dating a British man who works in real estate. It’s said that they have been in a serious relationship for several months.

As for the smiling and giggling between Johnny and Camille that fueled the speculation, the female attorney allegedly finds the actor funny and can’t help but laugh at his antics and sense of humor.

Fans suspected that there’s something romantic going on between Johnny and Camille after they noticed the two’s close bond and sweet interactions during the defamation trial against Amber Heard. Trying to prove their point, some TikTok users uploaded clips of the actor and his lawyer’s exchanges in the court.

They indeed looked quite comfortable around each other, to the point that they seem to be constantly touching in a somewhat intimate manner. At one point during the ongoing trial, the 58-year-old actor appeared to write down something that made Camille smile.

Johnny sued Amber in 2019 for defamation over her op-ed published by The Washington Post in December 2018. In the op-ed, the “Aquaman” star described her experience as a victim of domestic abuse, though she didn’t mention Johnny by name.

Taking the stand in the second week of the trial, Johnny insisted that he never struck Amber or any woman. The actor also claimed that he was the one abused in their relationship, while the actress has described him as a drug user and alcoholic.