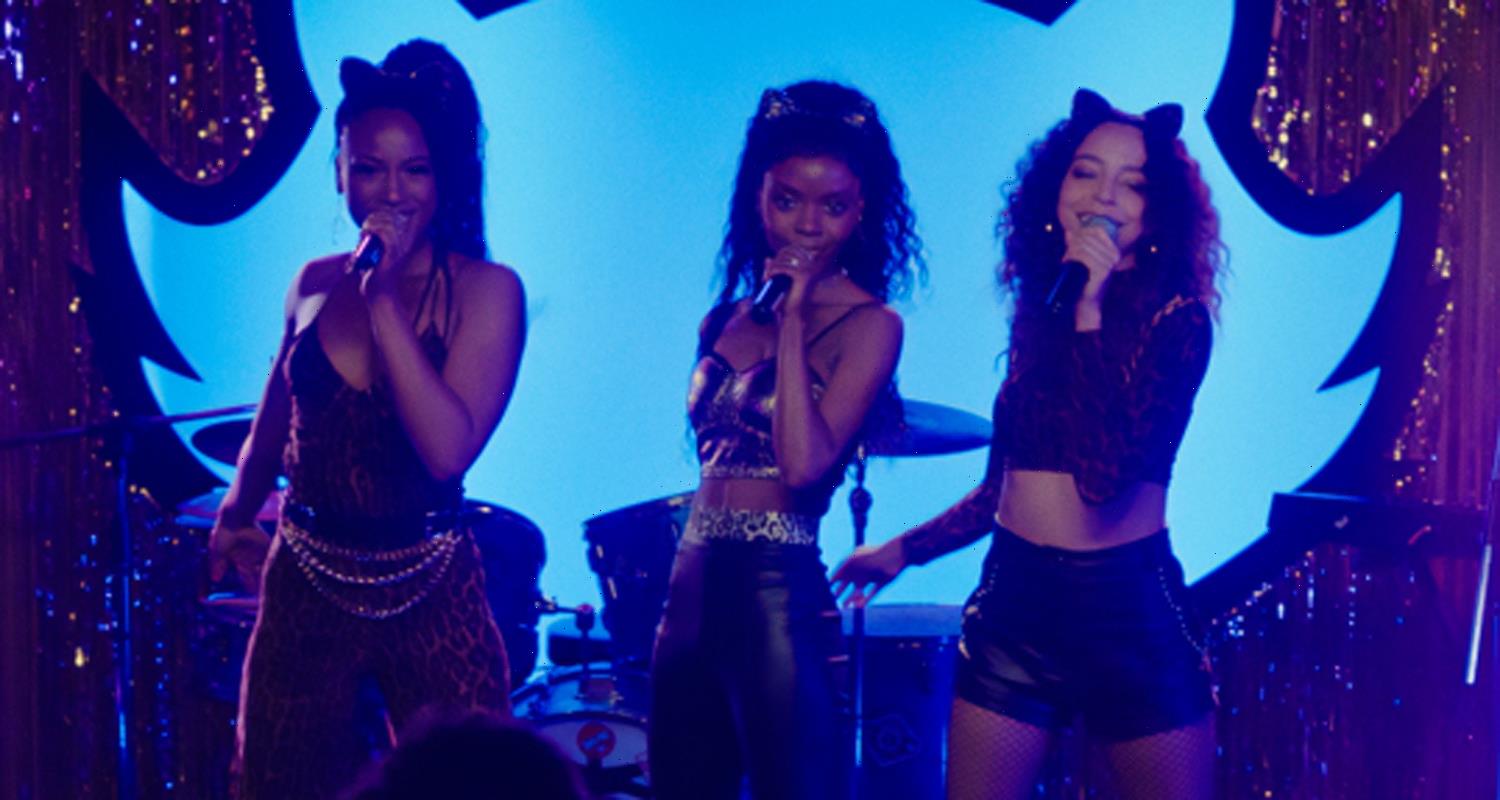 Ashleigh Murray, Hayley Law and Asha Bromfield are back as Josie and the Pussycats!!

The trio are bringing back their characters on TONIGHT’s (September 8) all new episode of Riverdale.

“I cannot wait until people see it,” showrunner Roberto Aguirre-Sacasa told Decider of the ep. “It is one our most fun, strongest episodes. It’s a full-on musical. I love the story that we’re telling with Josie and Ashleigh, of course, but I love giving the spotlight also to Asha and Hayley, and Melody and Valerie.”

Find out more inside…

“We also tell a really terrific Tabitha Tate story, that’s pretty cool,” Roberto added. “And we have Alexandra Cabot visiting from Katy Keene. I love the episode. It’s a celebration. It is very emotional. And I think fans will really love it. That’s my hope.”

In “Chapter Ninety-One: The Return of the Pussycats,” after going MIA during the middle of her world tour, mega-star Josie McCoy (Murray) returns to Riverdale unexpectedly. But it’s not until she reunites with her former bandmates Valerie (Law) and Melody (Bromfield), that she opens up about the real reason why she’s back. Elsewhere, Veronica (Camila Mendes) gets creative after a surprise visit from her old friend Alexandra Cabot (Camille Hyde). Finally, Toni (Vanessa Morgan) steps in to help Tabitha (Erinn Westbrook) and Veronica land a deal.

Tune in to Riverdale TONIGHT (September 8) at 8pm ET/PT on The CW!

If you missed it, find out how the cast of Riverdale are supporting showrunner Roberto Aguirre-Sacasa in a tough time for his family…