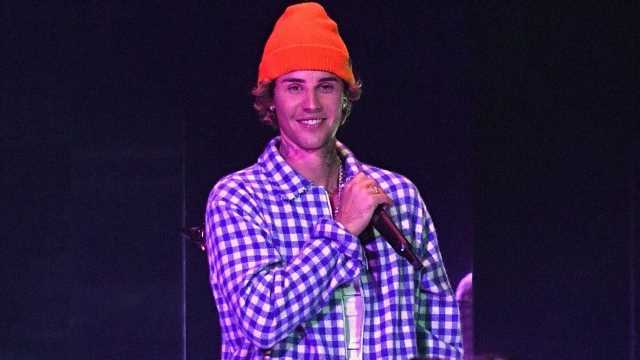 Bieber fever is sure to hit the 2021 MTV Video Music Awards!

On Wednesday, MTV announced that Justin Bieber is set to make his epic return to the VMAs for the first time in six years. The pop star leads this year’s nominations with seven nods, including two of the night’s biggest awards, Video of the Year and Artist of the Year.

Bieber has not graced the VMAs stage since 2015 when he performed his hit song, “What Do You Mean?”

In addition, Kacey Musgraves will make her VMAs debut at this year’s ceremony. The six-time GRAMMY winner is sure to wow the crowd with a world premiere performance of her new title track, “Star-Crossed.”

MTV also announced that it, along with CMT, will exclusively air the premiere of the singer’s music video for “Justified,” the second song off of her highly anticipated fourth studio album, which is due out Sept. 10.

“Kacey Musgraves is an unstoppable entertainer and we are thrilled to have her partner with MTV Entertainment Group!” said Bruce Gillmer, Chief Content Officer of Music for Paramount+ and President of Music, Music Talent, Programming and Events for ViacomCBS. “From what will be an unforgettable first-time VMAs’ performance to orchestrating a cross-brand premiere of her new single tied to her highly-anticipated star-crossed album and film, streaming exclusively on Paramount+ this September, we’re excited to be part of her next chapter as both an artist and creative.”

MTV previously announced that Shawn Mendes will debut an all-new performance of his latest hit single, “Summer of Love” at this year’s show.

Additionally, Doja Cat, who is serving as this year’s host, is taking the stage. All eyes will be on her as she competes for the night’s highest honors — “Video of the Year” and “Artist of the Year.”

More must-see performances include Chlöe (of Chloe x Halle fame) making her highly anticipated solo debut on the VMAs stage with the TV performance premiere of her first single, “Have Mercy,” and Twenty One Pilots performing their hit single, “Saturday.”

Cabello is set to deliver a must-see performance of “Don’t Go Yet,” following her steamy duet of “Senorita” with Mendes in 2019, while Machine Gun Kelly and Lorde will both be taking the stage for world premiere performances.

MGK will perform his new hit single, “Papercuts,” and Lorde is expected to sing songs from her latest album, Solar Power.

Meanwhile, Lil Nas X will “bring yet another genre-defying hit to the VMAs stage,” while Rodrigo is set to make her debut. Additional performers will be announced at a later date.

The 2021 VMAs will air live from the Barclays Center in New York City on Sunday, Sept. 12 at 8 p.m. ET/PT. In the meantime, hear highlights from last year’s ceremony in the video below.