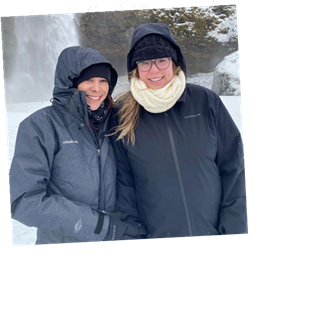 Go ahead and say almost anything you want about Kailyn Lowry.

The veteran Teen Mom star has three baby daddies and is pregnant for the fourth time, having slept with a man against whom she had a restraining order at the time of their naked dalliance.

But there’s one thing no one can really say about Kailyn, and that’s this:

That she doesn’t care about her children.

We often see photos of Lowry with sons Isaac, Lincoln and Lux and we couldn’t tell you the last time any of her exes complained about her parenting.

There’s been no instances of reported child abuse or neglect, which may be a very low bar for a mother to clear… but go take a look at the recent history of Jenelle Evans and/or Farrah Abraham.

Kailyn stacks up pretty darn well when compared with other MTV personalities.

We say all that as a preamble because a few social media trolls have been giving Lowry some grief this week.

The harassment stems from Lowry’s recent trip to Iceland.

Kailyn posted multiple photos from this vacation on her Instagram page yesterday, giving followers a glimpse at this gorgeous country…  and giving haters ammunition to speak out and judge.

In January, the pregnant mother of three revealed that she was counting down the time left before she got to head overseas.

“43 days until Iceland,” she told her fans and followers, later adding that she was taking the trip with a friend named Rachel.

Now that she’s abroad, Lowry is hearing it from strangers on the Internet, as evidenced by the following question and comment:

“Where does Kail get all the money and time to be away from her kids? Must be nice to have three baby daddies who will take them whenever.”

Understandably irritated over such a critique, Lowry cited “money management” as the basis for her vacations, while adding:

“Nobody I’m with has been on TV at all… and they paid for themselves to be here and away from their families too.”

We can easily comprehend why this is such a touchy subject for Lowry.

Chris Lopez is a notorious absentee dad, while Kailyn has strong relationships with Jo Rivera and, to a somewhat lesser extent, Javi Marroquin.

She has worked out custody arrangements with all three men and has made a decent chunk of change by starring on Teen Mom 2 for several years.

If she wants to use this money and use the time away from her kids to take a vacation with a friend, who the heck is some random Instagram or Twitter user to judge her?!?

Just the the heck up sometimes, people.

In an interview late last month with Us Weekly, Lowry echoed this sentiment.

She acknowledged her mistake in getting knocked up again by Lopez, while also defending herself as a responsiible parent.

Once her children are actually born, that is.

“I know that the situation is not ideal, however, the absolutely untrue and defamatory statements people are making about me because of this are out of hand,” she said about the criticism she’s received following the announcement that she’s expectiing.

Concluded Lowry in this interview;

“At the end of the day, I have three children that are happy, healthy and wonderful kids.

“I know I’m prepared to raise another baby on my own and we are all so excited to welcome him into our family.”

Now Kailyn can hopefully move past the trolls and return to what she does best: