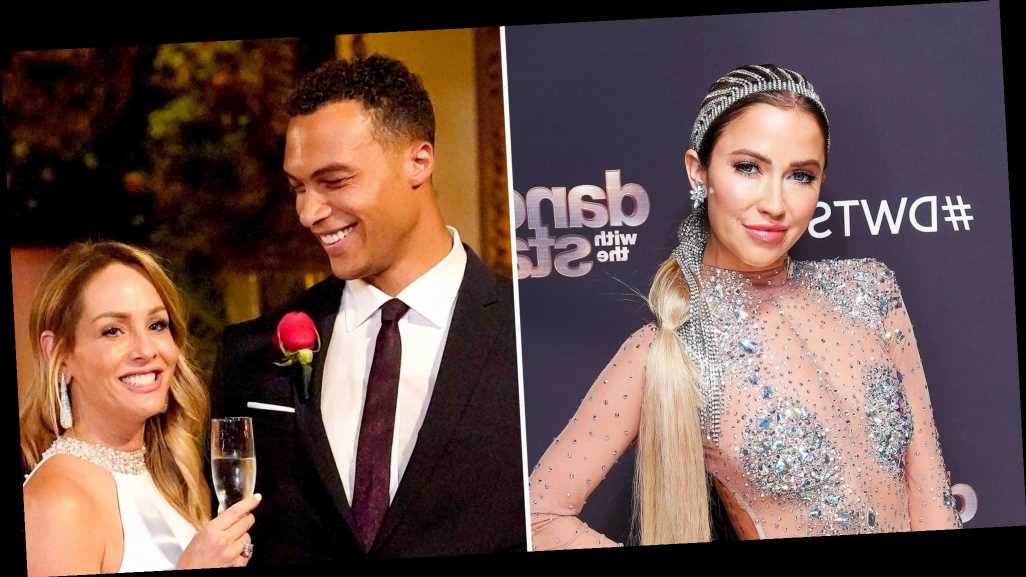 Clare! Arie! Nick! All the Times ‘The Bachelor’ Shocked Fans With Its Lead

Bachelor Nation watched the couple’s proposal play out on the Thursday, November 5, episode of The Bachelorette, four episodes into season 16. Despite Crawley’s abrupt exit as the leading lady, Bristowe is a fan of the hairstylist, 39, finding her person.

“She’s so good, oh my gosh,” the Canada native, 35, told Us Weekly and other reporters on Monday, November 9, about her fellow Bachelorette. “We’ve talked a few days now in a row because she’s like, ‘I can’t wait for you guys to meet him!’”

The Dancing With the Stars contestant, who earned a perfect score on her Argentine tango on Monday, explained that Crawley couldn’t be more excited about her future with the former NFL player, 32.

“She’s so happy,” Bristowe said. “And it’s really cool to know that she kind of broke the rules which, we all know I’m a rule breaker and did it for love.”

The “Off the Vine” podcast host revealed that she thinks the Bachelor in Paradise alum and her fiancé “now they have such a stronger foundation to start off on instead of her dating all these men and then picking him at the end.”

She added: “I think they have a chance and I’m really rooting for them.”

Us previously reported in August that Sacramento, California, native walked away from the dating series two weeks into filming after falling hard for Moss. As a result, Tayshia Adams was asked to take over as the lead and started her own journey for love.

Crawley received backlash throughout her season for deciding that Dale was The One within 12 days of meeting him.

“Who are these people to decide how long it takes somebody to fall in love? Is it a week? Is it a month? Is it a year? Is it two years?” she exclusively told Us last month. “How people fall in love and the amount of time that it happens or what the process is changes. It’s not for anybody to really decide if there is a cookie cutter for that.”

Everything Clare Crawley Has Said About Dale Moss

Since getting engaged, the couple have gushed about their relationship and Crawley has already begun talking wedding plans.

“I’m like, ‘So here’s my wedding dress idea and here’s the day that I wanna get married’ and he’s like, ‘OK!’ I mean everything is like, he truly is, like, the yin to my yang,” Crawley said on the “Bachelor Happy Hour” podcast earlier this month. “I’m passionate, I’m heated, I get intense with everything and he can hang with me but he’s very even-keeled and very reasonable and just kind of levels me out to some extent. … I would literally marry him tomorrow if I could.”