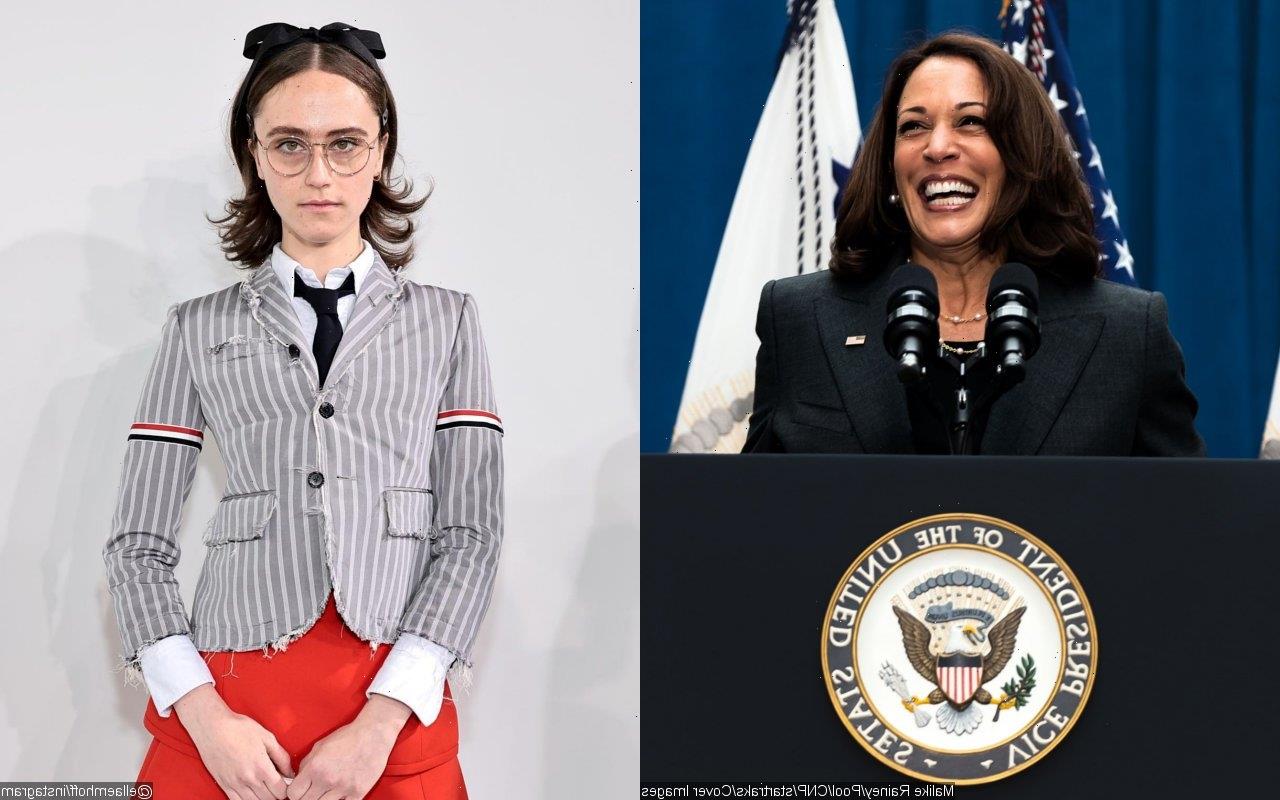 Her neon outfit featured black-and-white hazard label-like circles. They were sporadically placed on the garment that perfectly wrapped her body and only exposed her face. She completed the look with matching gloves, socks and a headpiece.

Maisie Wilen’s Spring/Summer 2023 designs featured CGI and special effects techniques used in filmmaking to show how fashion can evolve in a digital world. “Maisie Wilen has always been digital-first, so innovation within tech is a natural progression of the brand,” the brand explained in a press release, per Gotham.

It continued, “The Spring/Summer 2023 features motion-capture markers applied directly to the garments via print. These small symbols and dots, typically used in filmmaking by special-effects artists, allows the digital process to proceed beyond the development phase and evolve infinitely.”

Ella’s outfit was a huge opposite of what she sported last week. The model bared her breast while strutting down the runway for the Prabal Gurung show at UN Plaza on Saturday, September 9. She donned a sheer green top which she paired with a black mini skirt and strappy sandals. The top was wrapped around her neck, leaving one of her breasts exposed for everyone to see.

One of Second Gentleman Doug Emhoff’s two kids with his first wife Kerstin Emhoff, Ella made her modeling debut last February at Paris Fashion Week in a stunning Balenciaga ensemble. The model, who signed with the modeling agency IMG Models in February 2021, has been tapped to join many runway walks for many high-end brands.

In an interview with Elle Magazine, she described her fame as “just the wildest thing.” She explained, “Growing up, I never saw myself as someone stylish, at all! Obviously, I loved fashion and cared a lot about it. But I was really into doing my own thing and being really comfortable in my own body, you know? I never saw myself as a ‘fashion person.’ “