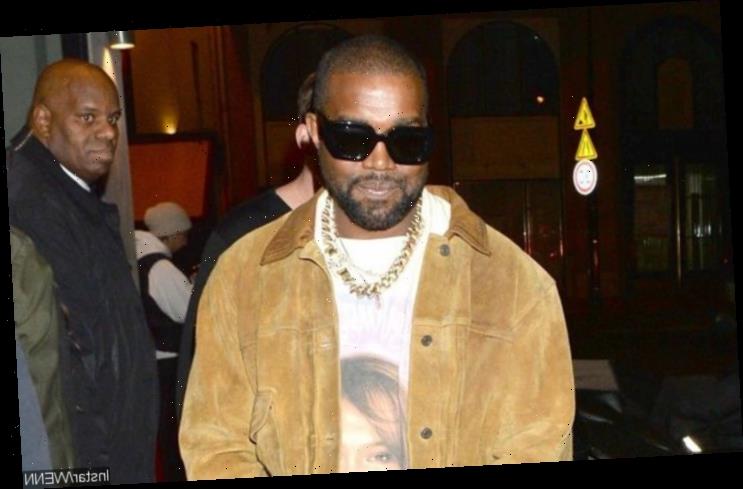 With a black and white version of the nation’s flag behind him, the ‘Power’ hitmaker stresses the importance of family as he encourages others to vote for him as a write-in candidate.

AceShowbiz –Kanye West has unveiled his first official advertisement for his campaign to become the next U.S. president – just 22 days before the election.

The “Power” hitmaker officially announced he was entering the 2020 race for the White House on July 4, but the rapper has struggled to meet the petition requirements and deadlines to get his name on the ballot, qualifying in just 12 states, and encouraging fans to vote for him as a write-in candidate.

Despite his uphill battle, Kanye has refused to give up hope and on Monday, October 12, he released his first political ad for the White House on social media.

The video features Kim Kardashian‘s husband standing at a podium with a large black and white version of the U.S. flag behind him as he delivers a speech calling on his fellow Americans to “act on faith” as he stresses the importance of family, using a few old photos from his childhood to illustrate his point.

“We have to act on faith with the sure knowledge that we are pursuing the right goals and doing the right things,” he declares.

“We will build a stronger country by building stronger families. Families are the building blocks of society, of a nation…”

“By turning to faith, we will be the kind of nation, the kind of people God intends us to be.”

The promo, which runs just under one-and-a-half minutes long, ends with the words, “Write in Kanye West,” displayed across the screen.

Kanye, who named Michelle Tidball, a Christian preacher from Wyoming, as his running mate, will face off against Democratic nominees Joe Biden and Kamala Harris, and incumbent leader Donald Trump and Mike Pence at the polls on November 3.

The hip-hop star, a born-again Christian, had previously been a dedicated Trump supporter before entering the presidential race, holding his first and only in-person rally in South Carolina on July 19, when the bipolar star broke down as he told supporters he and wife Kim had considered aborting their first child, daughter North.

Political analysts have repeatedly questioned the legitimacy of Kanye’s campaign, noting how a number of Republican operatives have been helping with his efforts in what they believe to be a spoiler for the Biden-Harris ticket.

Kanye has denied the allegations.