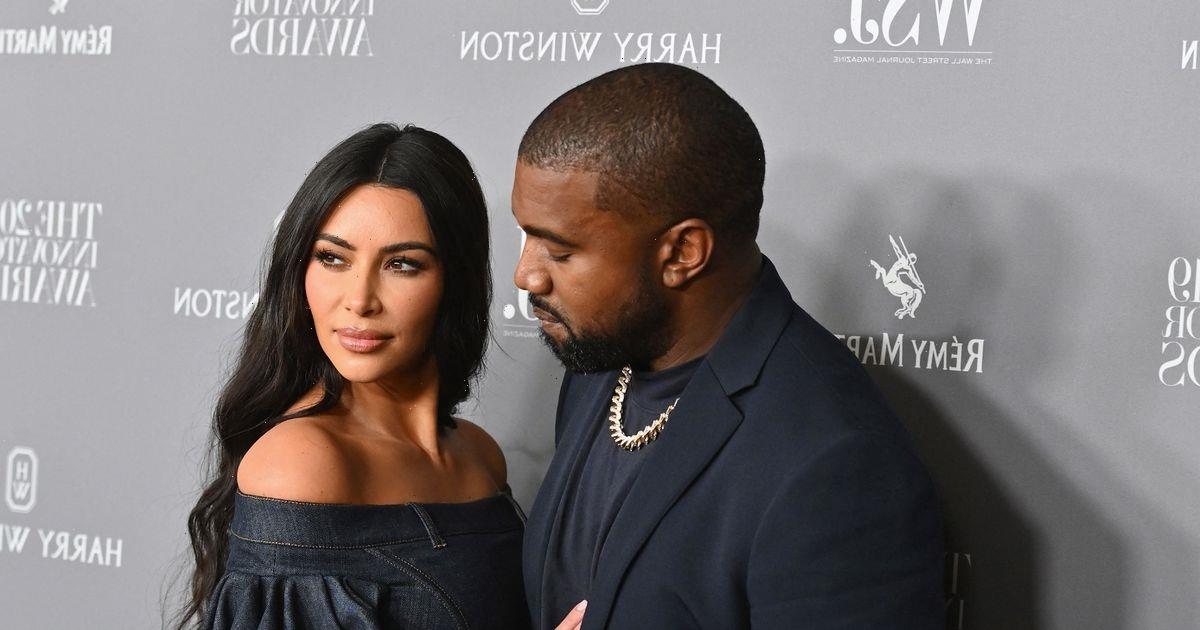 Kanye West has restated the fact he is still married to Kim Kardashian.

In an upcoming episode of the Drink Champs podcast, the 44-year-old rapper, now legally known as Ye, opened up about his life and career so far.

The episode is thought to have been recorded last month before photos surfaced this week of Kim holding hands with SNL star and actor, Pete Davidson.

He referred to the Keeping Up with the Kardashians star as “my wife” and reiterated the fact that they’re still married, adding “she’s still my wife. There ain’t no paperwork.”

Despite his claim there’s no paperwork, Kim filed for divorce after almost seven years of marriage in February this year, citing irreconcilable differences.

The couple have four children and have agreed to joint custody of North, 8, Saint, 5, Chicago, 3, and Psalm, 2.

The interview suggests that Kanye believes there is a chance of reconciliation between the two, perhaps due to the fact the couple have remained incredibly supportive of each other despite the breakdown of their marriage.

Earlier this year while promoting his latest album, Donda, Kim appeared at several listening parties, even joining her estranged husband on stage at one event in Chicago wearing a wedding dress and veil.

However, this week photos emerged of Kim holding hands at a theme park with Pete Davidson after they appeared on Saturday Night Live together last month.

They were accompanied by Kourtney Kardashian and fiancé, Travis Barker, to celebrate Halloween together.

While Kim’s opening monologue took aim at her soon-to-be ex-husband, it was one of the show’s sketches that has reportedly caused controversy.

In a spoof of Aladdin, Kim and Pete had a staged kiss which left Kanye furious, having a “jealous tantrum” after watching, according to reports.

“He’s pretending he’s cool with it. But he stormed off when he saw how well Kim and Pete were getting on behind the scenes,” said a source.

“He’s not ranting or raging, but he definitely found it embarrassing to see them kissing in front of him and the whole world, even if they were just acting.”

Not only were they spotted holding hands, but Kim and Pete have since been spotted going for dinner two nights in a row, with TMZ reporting they “arrived separately” at the venue.

Pete Davidson himself is no stranger to high-profile relationships. From Ariana Grande and Kate Beckinsale to Bridgerton’s Phoebe Dynevor, he has become something of a serial dater in Hollywood.