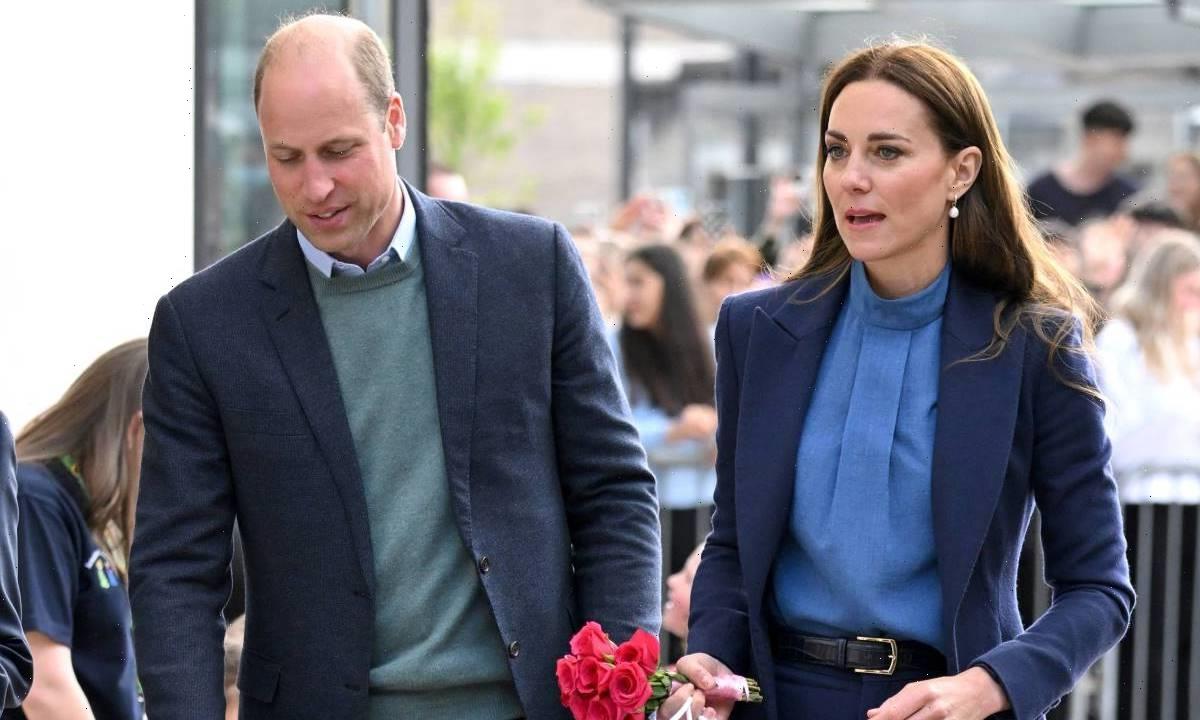 The Duke and Duchess of Cambridge visited Glasgow on Wednesday, where they met with parents and children before ending their day with a visit to the University of Glasgow to talk with students about mental health and wellbeing.

Outside the university, many students gathered to welcome the royal couple but as William and Kate apologised for later, they didn’t have time to speak with everyone.

A message shared to their official Twitter account featured a video of the pair talking to some of the people who had come to see them, which was thoughtfully captioned: “So many students! Sorry if we missed you.”

The kind tweet came after a busy day for the Cambridges.

They started their Scottish visit with a tour of St John’s Primary School in Port Glasgow, where they learned about an innovative project where children interact with a mother and baby to learn about child development and aid their emotional empathy.

The couple shared a heartfelt message to social media

Later they met people who had been helped by the housing, care and property management organisation the Wheatley Group.

They included tenant Joanne Wales, a mother-of-four who prompted the Duchess to reveal a sweet detail about her and William’s youngest child, Prince Louis, four.

As Miss Wales’ son Jason, who is the same age as Louis, showed the Cambridges his Spider-Man and Hulk toys, Kate sweetly replied: “Louis our little boy loves Spider-Man too.”

Miss Wales, who has been a single parent since her partner died nearly two years ago, later shared that she had enjoyed talking to the royal couple.

She said: “They were absolutely lovely and straight away they were talking to Jason about superheroes. “It was not as weird as I had thought it would be because they just put you at ease, they are so nice and welcoming, they just wanted to make sure that I was doing okay.”

Make sure you never miss a ROYAL story! Sign up to our newsletter to get all of our celebrity and royal news delivered directly to your inbox.