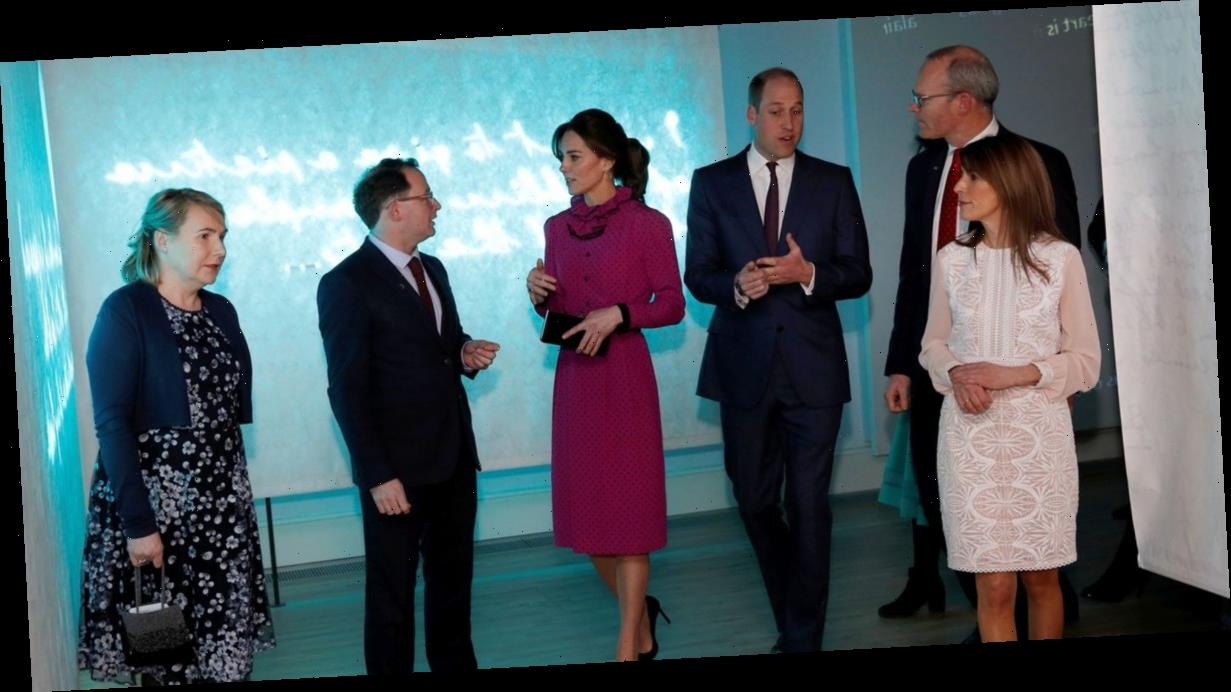 Kate Middleton looked elegant in a magenta dress during an evening engagement in Dublin alongside husband Prince William.

The Duchess of Cambridge sported a vintage Oscar de la Renta ensemble while attending a reception in Dublin hosted by Tanaiste Simon Coveney at the Museum of Literature Ireland.

The dress, which featured a ruffle neck and black fabric belt, was polka-dotted as the Duchess added a pop of colour to her outfit.

Kate added her signature pointed-toe black heels to the look, while tying her hair back into a stylish plait and ponytail.

She also added a simple black clutch bag to the outfit.

During the engagement, the royal couple were shown a first edition copy of James Joyce's novel "Ulysses”, before Prince William gave a keynote speech.

The royal couple are taking part in the tour at the request of the Foreign and Commonwealth Office.

A statement released by Kensington Palace ahead of the couple’s trip said: “Following Her Majesty the Queen's historic visit in 2011, the visit will also focus on the relationship between the two countries and build on the theme of remembrance and reconciliation.”

The official visit will see the Duke and Duchess “learn about local organisations working to support and empower young people and projects which provide opportunities to help them develop important life skills”.

The royal couple will “meet a broad range of people” while in Ireland including President Michael Higgins, 78, the prime minister – called the Taoiseach in Ireland – Leo Varadkar and a number of senior political leaders as well as children and young people from the Emerald Isle.

The statement from Kensington Palace added: “The UK’s links with Ireland are extensive, and The Duke and Duchess are looking forward to building a lasting friendship with the Irish people.”

The itinerary saw the couple begin their tour in Dublin City Centre, The Garden of Remembrance, Government Buildings and the Guinness Store House on their first day.

Then, on the second day of the visit Kate and William visited Temple Bar in Dublin, before heading to Prosperous in County Kildare and then to Grange in County Meath as well as Howth in County Dublin.

Tomorrow, on the final day of their tour, the Duke and Duchess of Cambridge will visit a local GAA club as well as Galway city centre.