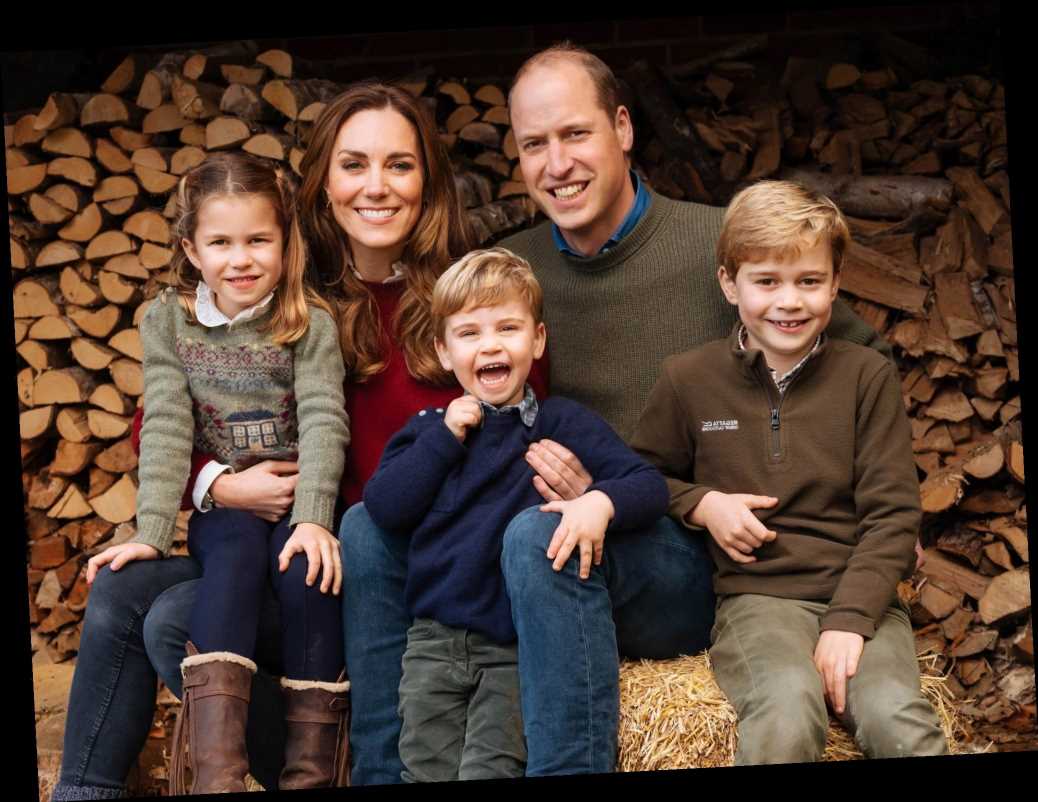 When the family stepped out for a Christmas show in December 2020, Kate pulled double duty: cradling Prince Louis on her lap and comforting Princess Charlotte.

Kate joined her family — giving Louis a boost in her arms — to applaud caregivers amid the coronavirus pandemic in April 2020. When Prince George and Princess Charlotte made their royal Christmas debut in Dec. 2019, Kate was a proud mama. She held hands with her daughter and even modeled a perfect curtsy for her to replicate. After missing Prince George’s first day of school due to illness during her third pregnancy, the royal mom was all smiles accompanying Princess Charlotte to her first day. Kate jumped into mom mode during August 2019’s King’s Cup sailing race. When Princess Charlotte stuck out her tonge at the gathered crowd, she got a quick scolding! The Duchess of Cambridge showed she was just a regular mom during an outing in summer 2019 to watch a charity polo match in which Prince William and Prince Harry played, even eating lunch out of the back of a car. While Princess Charlotte and Prince George kicked around a soccer ball, Kate was on the move following around Prince Louis. At one point, the little royal tried on mom’s sunglasses! Cambridge, family of five! Kate couldn’t get enough of Prince Louis’ royal wave during his Buckingham Palace balcony debut during the 2019 Trooping the Colour celebrations. Princess Kate helped design a “Back to Nature” garden — and her kids got a special sneak peek before the Chelsea Flower Show. They explored the rope swing, waterfall, and even little rocks with delight. Baby number three! Kate was a proud mother at the July 2018 christening of Prince Louis, looking radiant in a white ensemble and matching headband. It was Meghan Markle and Prince Harry’s wedding day, but Princess Charlotte stole the show with her adorable wave — with encouragement from mom! When Princess Charlotte had a little trip on the balcony during 2018 Trooping the Colour festivities, Kate immediately diffused the situation by comforting her daughter. The kids came along in July 2017 for a tour of Poland and Germany, making for some adorable family snaps. On top of being sister Pippa Middleton’s maid of honor at her May 2017 wedding, Kate was in full mom mode with page boy George and bridesmaid Charlotte. Kate and Princess Charlotte perfectly coordinated for a Christmas church outing with Kate’s family in December 2016. The royal couple practice active listening, which involves getting on their children’s level to make them feel safer and more in control, as seen during a picnic for military families during their Canada tour in September 2016. For Princess Charlotte’s christening in July 2015, she pushed the baby in a vintage-inspired stroller. (And Prince George made sure to keep a close eye on his little sister!) In photograph released to mark Prince George’s first birthday, the family visited the Sensational Butterflies exhibition at the Natural History Museum in London. Kate held her son, clearly entranced by the beautiful insects. Kate balanced tour life with motherhood during the couple’s visit to Australia in April 2014. Prince George even got to meet a furry friend at the Taronga Zoo! The proud parents posed with Prince George at his October 2013 christening. Kate’s debut as a mom came in July 2013 with the birth of son Prince George. They made their debut as a family of three outside the London hospital where George was born.