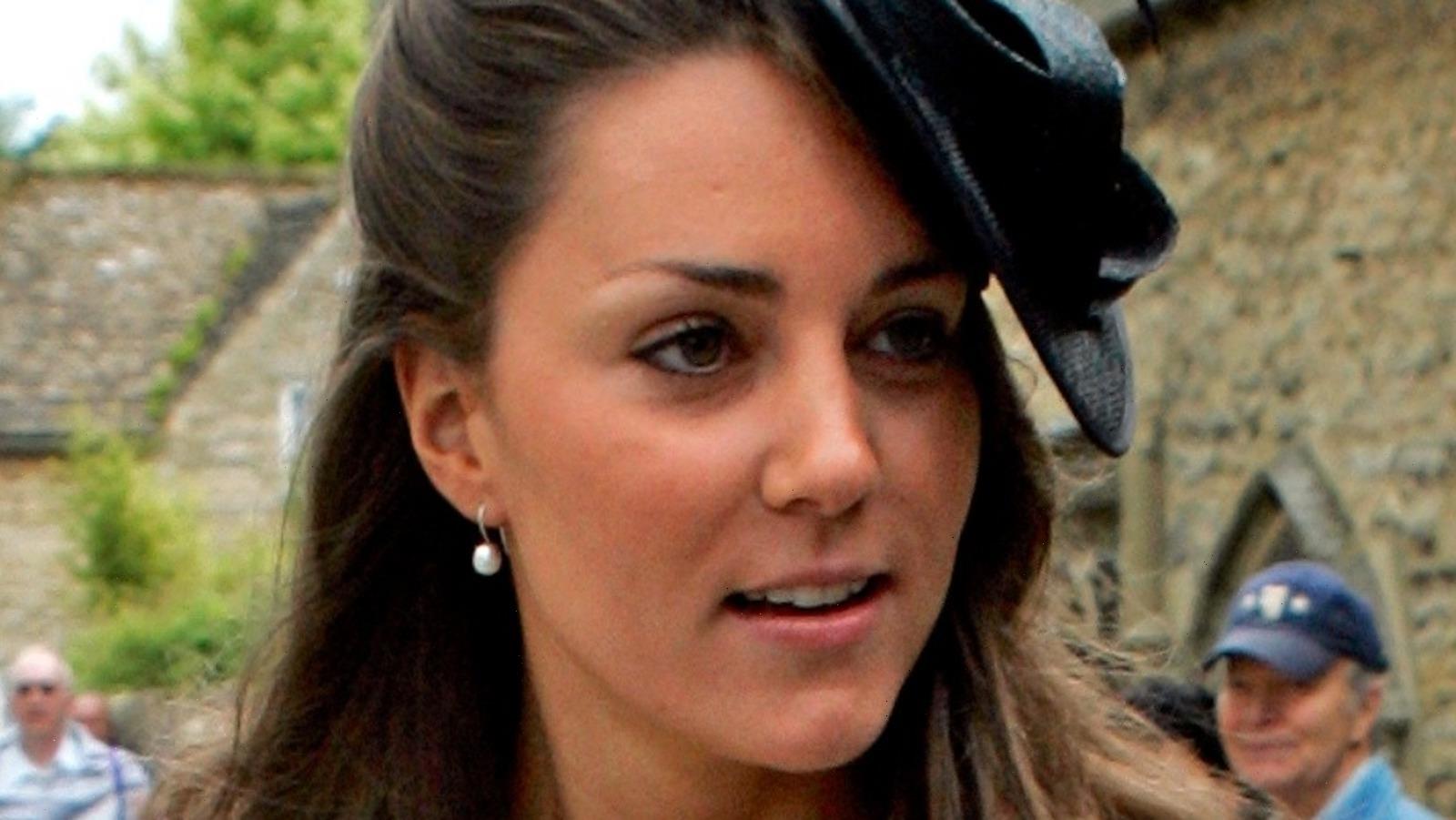 Kate Middleton has come along way since she was thrown into public life after meeting Prince William, the second in the line of succession to the throne of England. After being harassed by the media and paparazzi during the early days of their high-publicized relationship in the mid-2000s, Catherine, the Duchess of Cambridge, has worked her way up to become the third most popular member of the British royal family, behind only Queen Elizabeth II and her late husband, Prince Phillip, according to the U.K. website YouGov. Nearly 60% of Britons have a positive opinion of the duchess and likely future queen consort, while only 11% have a negative opinion, per the website.

After marrying into the royal family, Kate made a name for herself through her work with charitable organizations, especially her support of access to proper mental health care for children, according to her official bio on the royal family’s website. “It is our duty, as parents and as teachers, to give all children the space to build their emotional strength and provide a strong foundation for their future,” she said.

While it might not seem like it, Kate has been in the spotlight for nearly 20 years now. The duchess has matured from young student to classy woman worthy of her title and position within one of the world’s most famous royal families. Kate doesn’t look like she’s aged a day, but she has transformed quite a bit. Keep scrolling to check out her transformation over the years.

While not aristocratic, Kate Middleton comes from an upper-middle class family

Kate Middleton is the oldest child of Michael and Carole Middleton. After marrying in June 1980, Carole and Michael welcomed their eldest on January 9, 1982, per Sean Smith’s 2011 book, “Kate: A Biography of Kate Middleton”. She has two younger siblings, sister Philippa, known as Pippa, and brother James, per Encyclopedia Britannica.

Kate and her siblings were raised in the countryside, in a village named Chapel Row, in West Berkshire. According to Britannica, Carole and Michael made a name for themselves providing supplies for children’s parties— a business venture that made them millions, per British Heritage. The couple’s success as entrepreneurs allowed them to send their children to St. Andrew’s, a private school near Pangbourne.

According to Joann F. Price’s 2011 book, “Prince William: A Biography,” the Middletons don’t rank among British aristocracy, but the family is upper-middle class. However, Carole is said to be a distant relative of the Queen Mother and Michael has ties to British aristocracy, according to Town and Country. Regardless, much has been said about Kate’s so-called commoner’s background. In a 2015 episode of “The Graham Norton Show,” comedian Jack Whitehall criticized the way the media portrayed Kate when she and William announced their engagement in 2010. “That’s the most ludicrous thing about this Kate Middleton thing about her being the first commoner marrying into the royal family. They write about her like she’s from the ghetto,” he said (via the Express).

Kate Middleton lived in the Middle East as a child

Kate Middleton and her family lived in Amman, Jordan’s capital city, between 1984 and 1986, meaning she spent her formative years in the Middle East, as the Express explained. Before launching their successful party supply business, Carole and Michael Middleton worked as flight attendants at British Airways, a job through which they met, according to Encyclopedia Britannica. The job is also the reason they lived in Jordan in the early 1980s. “She loved it here, she really did,” Prince Willian told Rania Malki, chief executive of Save The Children in Jordan in 2018, according to The Irish Independent. “She is very upset that I am coming here without her.” While there, William recreated a family photo that showed Kate, Pippa and Michael in a historic site in the country, which he shared on Twitter.

During her time in Amman, Kate attended a British nursery school where she shared a classroom with 12 other children from all over the world, according to The National UAE. “The morning routine was to have all the children sitting in a circle where they would all sing, Incy Wincy Spider, both in English and Arabic,” said Sahera al Nabulsi, the founder of the now-closed nursery, per the newspaper. According to “Kate: A Biography of Kate Middleton,” Carole and Michael — who then had James on the way — decided to return to the U.K. when Kate was 4 so she could attend school in their native country.

The paths of Kate Middleton and Prince William crossed back in 2001, when they were both studying art history at St. Andrew’s University in Scotland. But what if they’d never met? According to Marie Claire, Kate had applied and been accepted at the University of Edinburgh, which has one of the best art history curriculums in Britain. However, she reportedly unexpectedly turned down her dream school and took a gap year before deciding to apply to St. Andrews, per the publication.

Kate and William lived in the same building, so it didn’t take them took long to run into other. According to a separate Marie Claire report, Kate felt super awkward when meeting the prince. “I actually think I went bright red when I met [him] and sort of scuttled off, feeling very shy about meeting [him],” she told ITV News’ Tom Bradby during their engagement interview in 2010.” William liked that about her. “When I first met Kate I knew there was something very special about her … We ended up being friends for a while and that just sort of was a good foundation,” he told ITV News’ Tom Bradby.

If William does end up becoming king, as it’s likely, Kate would become Queen Catherine Elizabeth, which means she would make history not just as the first and only queen to hold a university degree, but to have any sort of higher education at all, per “Prince William: A Biography.”

By 2003, the then-friends had become something more than that. Prince William and Kate Middleton managed to keep their relationship under wraps until the following year, when they were photographed together during a ski trip at a resort in Klosters, Switzerland — which The Sun splashed on its cover. As E! Online noted, boyfriend and girlfriend were accompanied by none other than Prince Charles and Prince Harry, showing that the whole family was in on the romance.

After dating for about seven years, the couple publicly announced their engagement in November 2010. About three weeks prior, William proposed during a trip to Kenya, offering her the 12-carat sapphire engagement ring of his late mother, Princess Diana. “We had been talking about marriage for a while so it wasn’t a massively big surprise. I took her up somewhere nice in Kenya and I proposed,” he told ITV News’ Tom Bradby.

They married on April 29, 2011, a ceremony that can be watched in its entirety on the royal family’s YouTube page. As many have described, the wedding was a true fairytale and Kate played her part perfectly. When she arrived, “Everything outside just roared. …When the trumpets started inside to announce that she’d arrived, it’s a wonder the roof didn’t lift off!” said Martin Fidler, a man from Kate’s hometown who was in attendance, according to People. Kate and William recently celebrated their 10th anniversary, which they marked by sharing a photo that highlighted her ring on their Instagram page.

Kate Middleton and Prince William make their family a priority

In their engagement interview with ITV News’ Tom Bradby, Kate Middleton emphasized she wanted a family. “I hope we will be able to have a happy family ourselves,” she said. Prince William also stressed the importance of family, while saying they were unsure of whether they wanted “many children” at that point. “We’ll sort of get over the marriage first and then maybe look at the kids. But obviously we want a family so we’ll have to start thinking about that,” William told Bradby.

They went on to have three children, starting on July 22, 2013, when they welcomed Prince George, the third in line of succession to the British throne. As a possible future king, his birth was widely anticipated, with the Times of London celebrating his arrival with the headline “A future monarch is born.” Kate and William welcomed their second child, Princess Charlotte, on May 2, 2015, and third baby, Prince Louis, on April 23, 2018.

Ever since, Kate has been praised for being a hands-on mother, a journey she documents on their Instagram as she is a skillful photographer, as well. Kate makes taking them to Anmer Hall, the family’s country home in Norfolk, a priority. “I remember from my childhood — doing simple things, going for a walk together. That’s what I try and do with my children because it strips away all the complications, all the pressures,” she said on the “Happy Mum Happy Baby” podcast. How special!