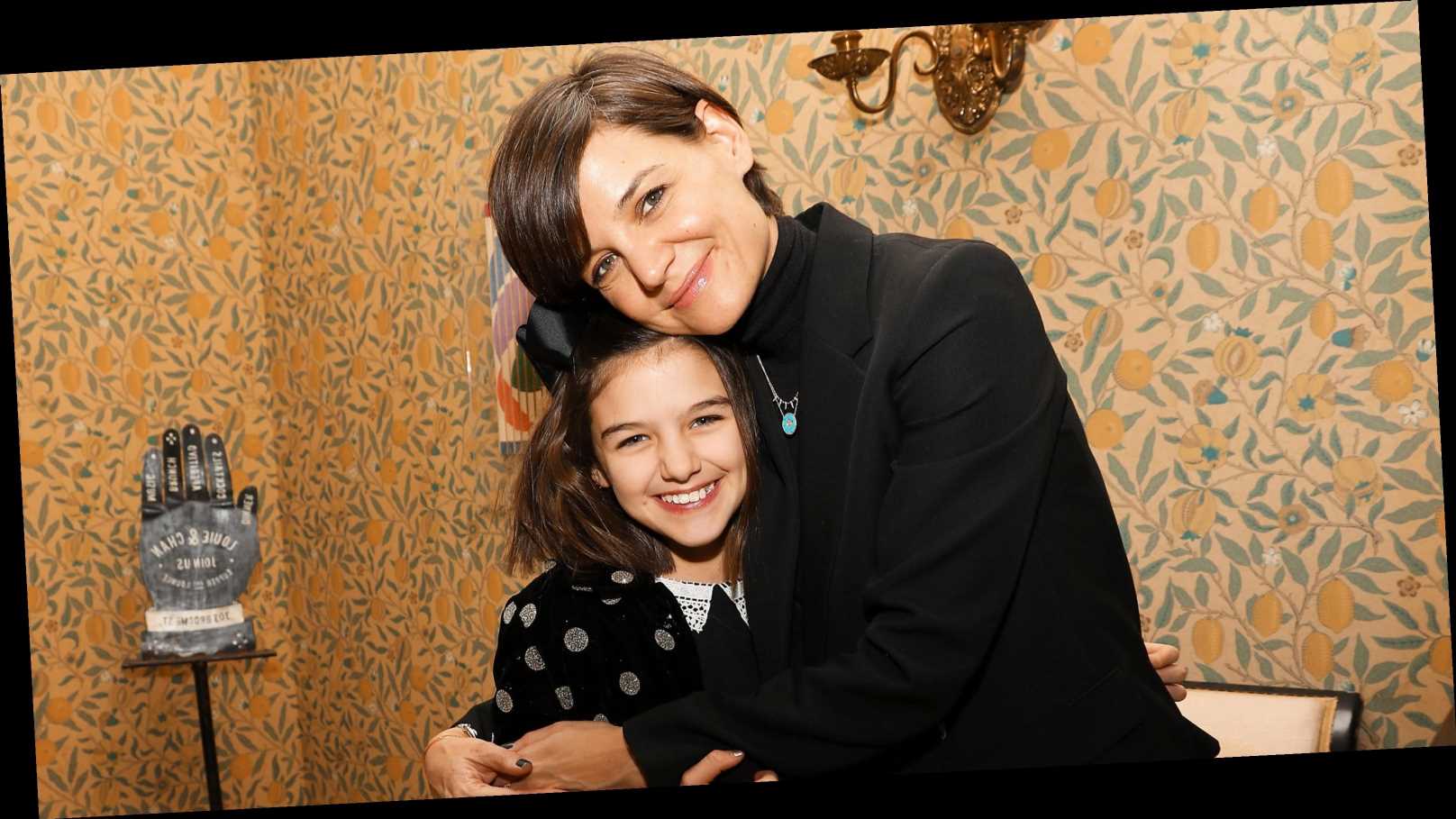 The 41-year-old Dawson’s Creek alum took to Instagram to gush about her one and only daughter, whom she shares with ex Tom Cruise, on her special day.

“💕Happy Birthday Sweetheart!!!!!!! 💕 I am so blessed to be your mom. May this year be incredible! 💕💕💕💕,” she captioned a photo of a floral and wooden display that read “Happy Birthday.”

Holmes has been open about the closeness she shares with Suri, noting in November 2019 that she and the teen “kind of grew up together.”

“I was happy to become a mom in my 20s,” the Batman Begins actress told Elle UK at the time. “It’s been nice that our ages fit. How do I put this? Every age that my child has been and my age at that time has been a good match.”

Raising her daughter as a single mom wasn’t always a simple task for Holmes, however. The Logan Lucky star told InStyle in her April 2020 cover story that caring for Suri amid her 2012 split from Cruise, 57, was “intense.”

“It was a lot of attention, and I had a little child on top of it. [Suri and I] had some funny moments out and about in public,” she said.

Tom Cruise and Katie Holmes: The Way They Were

Holmes went on to reveal that the pressure was so immense that she “actually cried” when a “kind” cab driver helped her carry a sleeping Suri to their apartment building.

“Suri was 6 or 7, and she was spending the night at a friend’s house while I was seeing the ballet at Lincoln Center,” she explained to the outlet. “At 10, I got a call: ‘Mommy, can you come get me?’ I got a cab and went down to Battery Park to pick her up. She was exhausted. She fell asleep on the way home, and when we pulled up to our building, the cab driver opened the door and helped me not wake her.”

The Ohio native and Cruise welcomed their daughter in 2005 and tied the knot the following year in Italy. Holmes filed for divorce six years later. The Risky Business star has not been seen in public with Suri since 2013.