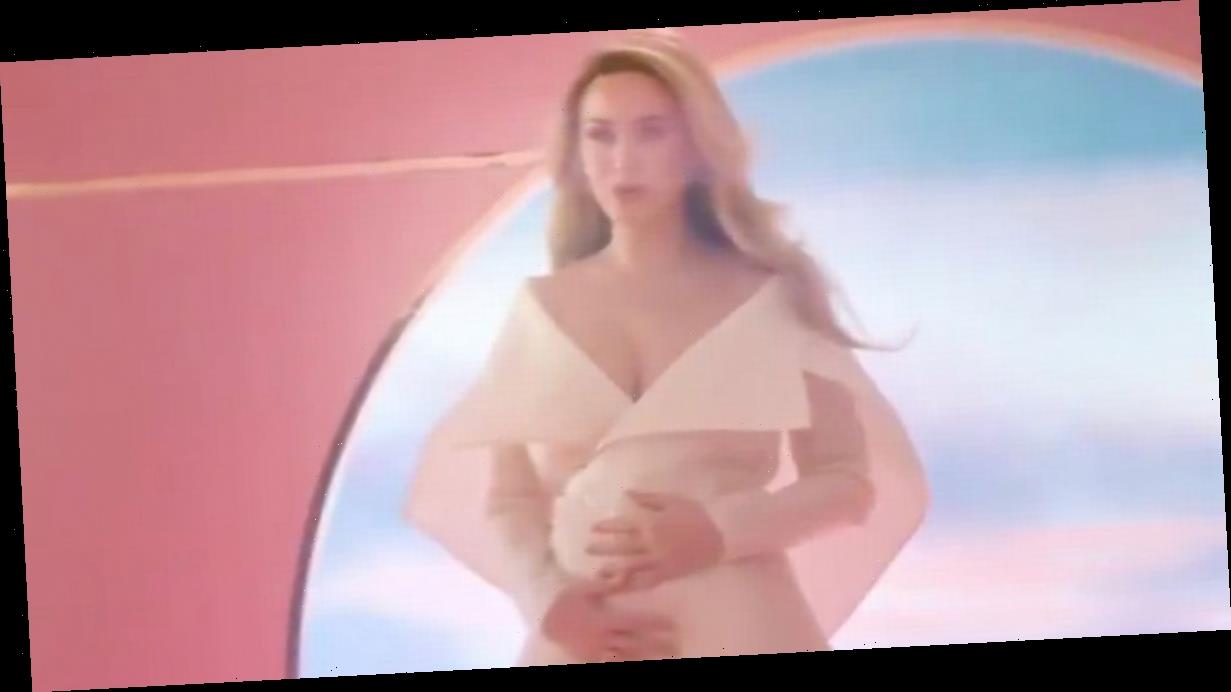 The pop star, who got engaged to actor Orlando Bloom last year, is seen cradling her stomach in a short clip for the music video, which is set to be released later in the day.

The 35-year-old singer is seen sporting a long white gown while wrapping both hands around her stomach in a teaser for the video for the song.

Although Katy has not addressed the speculation as of yet, her loyal fans started to tweet the star to ask if she was expecting a child.

“Are you expecting Katy?,” one fan wrote. While another added: “Are you pregnant? Omg!”

The California Girl singer shared a clip of the video while writing: “You are cordially invited to the premiere of Never Worn White. Join me on the YouTube watch page tonight at 8:30 p.m. PT and chat with me (promise not a bot!) before the video premieres at 9 p.m. PT!”

The singer took to social media to confirm the news as she flashed a snap of her unique engagement ring while posing alongside her husband-to-be.

Katy looked smitten as she posed with father-of-one Orlando while captioning the snap: "full bloom".

It is believed the actor proposed during a Valentine’s Day party surrounded by friends of family.

Katy’s mum shared snaps of the loved-up couple surrounded by roses and balloons while Katy sports a stunning pink dress ahead of he proposal. She captioned the image: "Look who got engaged last night."

Katy and Orlando have been dating on and off for three years after first starting a relationship at the Golden Globe awards in January 2016.

The pop star was previously married to comedian Russell Brand for one year before they divorced.

Meanwhile Orlando was married to supermodel Miranda Kerr from 2010 to 2013.