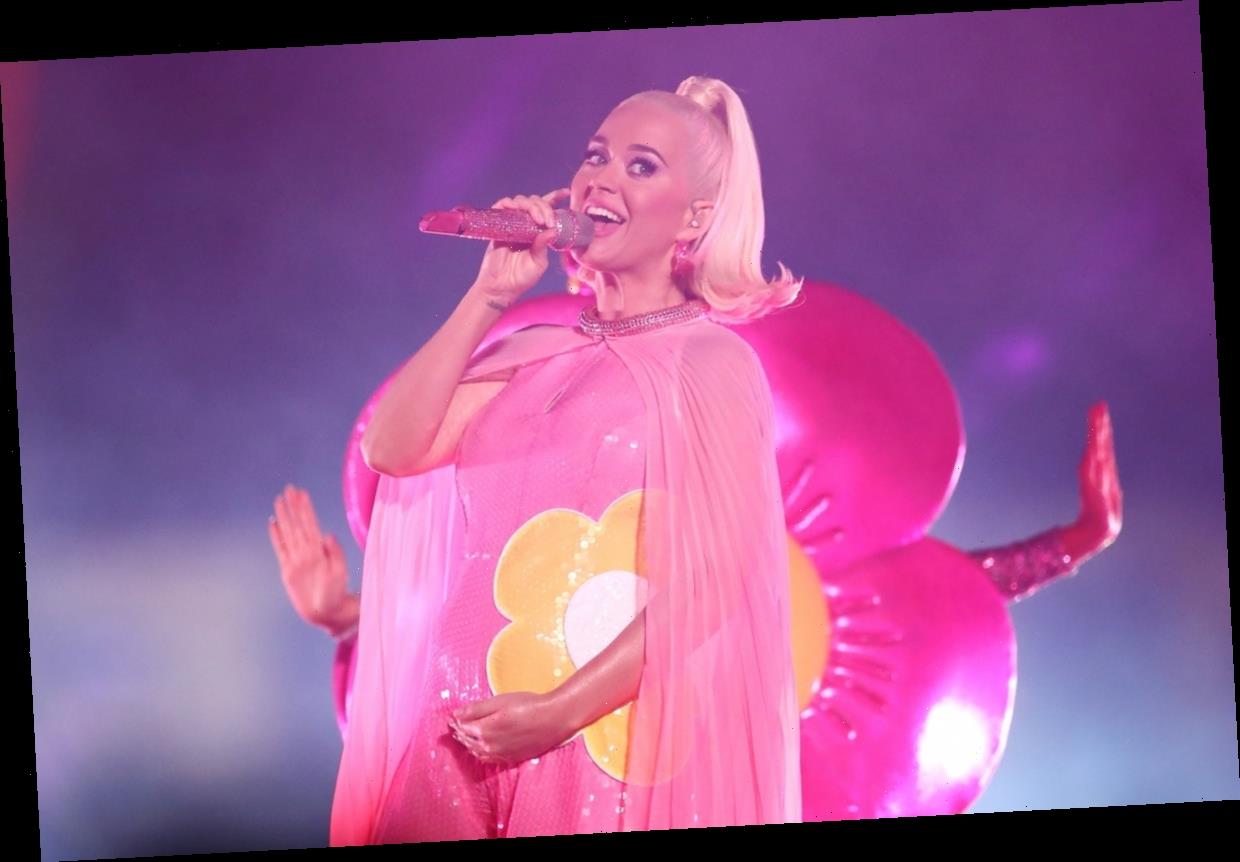 You know that saying about pregnant women glowing wherever they go? Katy Perry’s got the glow. Pair it with her baby bump and angelic vocal chords and fans are bound to shed a tear or two when she takes the stage. You’ll know what I mean when you watch Katy Perry’s first live performance of "Never Worn White." It is so moving.

On March 10, Perry appeared on Australia’s The Project to talk all things pregnancy and perform her new single "Never Worn White," which was highly anticipated considering she debuted her baby bump just a week ago in the music video for the track.

Following the emotional performance, Perry opened up about the meaning behind the touching track, which is inspired by her relationship with fiancé Orlando Bloom.

"I thought that this song would be a really good first start for this next time in my life," she shared. "To set the tone and to really talk about the vulnerability of commitment, and sometimes how amazing it is, but also how terrifying it can be. A lot of stuff does bubble up when you’re about do that big number."

She also explained how she managed to hide her baby bump. "I’m definitely in it. There’s no hiding it and no passing it off as, like, you know, just a breakfast burrito," she joked. "I’ve always been a very curvy girl and I love to eat, so there had been rumors in the past that people had thought that I was pregnant.. and now, they’re right! They’re more than right, yes. These are not cookies in my belly."

In case any fans are wondering if Perry’s baby will stop her from putting out more albums, she’s actually got more music in the works. "I’ve been kind of casually working on a record for a couple years," she hinted. "It’s been a wild, wild ride, and it’s all starting to peak. And let’s just say it’s going to be a jam-packed summer."

Hmm… a summer album and maybe a summer baby? Mark your calendars, fam.