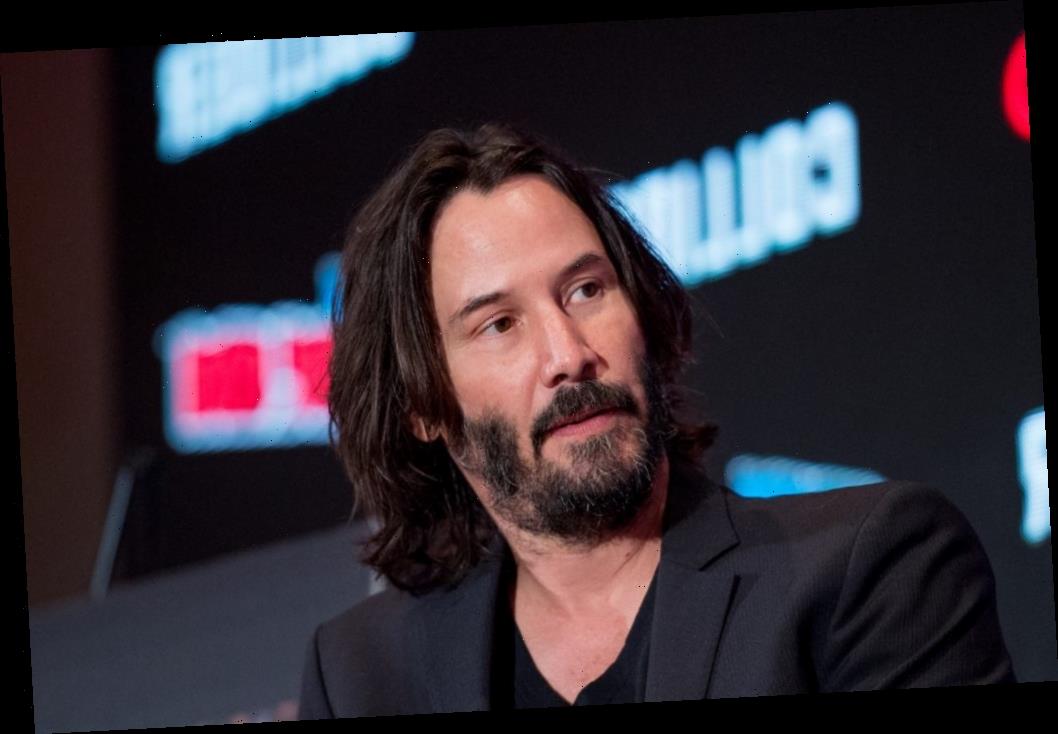 Keanu Reeves has starred in movies about some strange things. In The Matrix, he acted in a world that was simulated entirely by malevolent robots. In the Bill and Ted movies, his character traveled through time. And in Constantine he fought with demons, to name only a few of the many fantastical films Reeves has starred in.

These movies have brought Reeves a lot of fame, and have fed into his image as an action star. Producers and audiences just seem to like seeing Keanu Reeves interact with these less-than-realistic plots.

And while Reeves probably has never time traveled like Ted Logan or worked as an assassin like John Wick, it’s possible that experiences in his life have impacted how he approaches these roles. So what kind of experiences has Keanu Reeves had with the otherworldly and the paranormal?

While Reeves was acting pretty consistently from his first minor TV roles in the early 1980s, the earliest role that people associate Reeves with is that of Ted Logan in 1989’s Bill and Ted’s Excellent Adventure. From there, his fame really grew, and he expanded into more major roles.

The many action and thriller roles that Reeves has played over the years have given him a reputation as an action star. Nonetheless, many of his major roles in the 1980s and 90s were in dramas and comedies like Parenthood and an adaptation of Shakespeare’s Much Ado About Nothing.

But with lead roles in films like Bram Stoker’s Dracula, Johnny Mnemonic, and Speed, people soon saw Reeves as an ideal star for thrillers and action movies.

With the kinds of roles that Reeves is known for, it makes sense that many of these roles would involve him dealing with the otherworldly.

Bram Stoker’s Dracula dealt heavily with traditional folklore, being a vampire story. This film saw Reeves acting as Jonathan Harker and facing off against Count Dracula.

In what might be his most famous role, that of Neo in The Matrix, Reeves fights against sentient machines that have been harvesting humans for energy. This is more of a science-fiction premise, though the film draws a lot from religion, philosophy, and mythology.

Into the 2000s, Reeves starred in more films with paranormal elements. And 2005’s Constantine saw him performing exorcisms and dealing with the forces of Heaven and Hell, 47 Ronin added fantasy elements from Japanese folklore to a historical saga.

The 2021 year will bring a third sequel to The Matrix. Reeves’s acting career clearly involves a lot of strange and fantastical subjects.

In an episode of Jimmy Kimmel Live, Reeves appeared to answer some questions from the late-night comedy host. The questions Jimmy Kimmel asked were pretty random, from nicknames to the movies he’s been in.

But a question about ghosts prompted an interesting supernatural story from Reeves. According to the Matrix star, when he was young and had just moved to New York, he and his nanny saw a ghost. The two of them were in his bedroom together, when Reeves noticed a jacket floating through the air outside the doorway before it disappeared.

At his young age, he didn’t think much of it – but his nanny apparently was terrified, and Reeves found himself left with the question: “Is that a ghost? Or just some weird floating jacket?” Perhaps it was that early paranormal experience that led Keanu to his interest in fantasy and science fiction films.

And perhaps his early calm at such a strange experience is something we can still see today in roles like Neo where, in the face of the incredibly strange, he stays cool and collected.