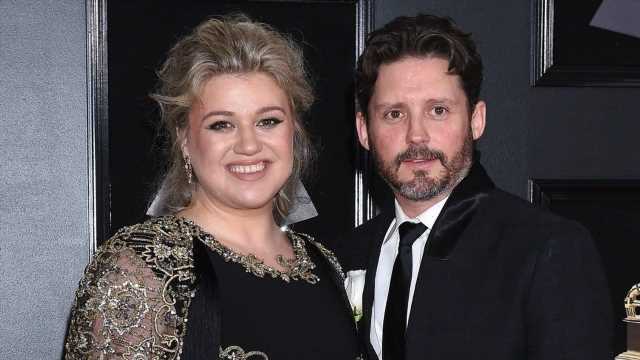 Kelly Clarkson scored a legal victory in her divorce from Brandon Blackstock. ET has learned that the 39-year-old singer’s prenuptial agreement has been validated by the judge in her divorce case.

The prenuptial agreement segregates all assets and income derived during her marriage to 44-year-old Blackstock, and gives her possession of the Montana ranch he is currently living on, and where their family quarantined together earlier in 2020. ET has also learned that Clarkson officially filed to have her last name restored and legally changed back to Clarkson.

Blackstock, who had been contesting the prenup, previously testified that he works full-time on the ranch and his future plans involve sponsoring rodeos and working full-time as a rancher. The talent manager also testified that he wasn’t devoting any effort toward expanding his client list and music management business, and that he spent minimal time regarding his representation of his remaining client, Blake Shelton. According to a TMZ report, Shelton — who’s also Clarkson’s fellow The Voice coach — recently terminated his relationship with Blackstock, who managed him for years.

Last month, a judge ruled that Clarkson will pay Blackstock a total of $195,601 per month in spousal and child support — $150,000 per month in spousal support as well as $45,601 in child support — and pay $1.25 million towards Blackstock’s attorney fees and costs for their ongoing divorce. The judge also ruled that Blackstock was responsible for the monthly payments of the Montana ranch, which total approximately $81,000 per month.

Clarkson filed for divorce from Blackstock in June 2020 after nearly seven years of marriage. They share two children together — 7-year-old River Rose and 5-year-old Remington Alexander. In November 2020, she won primary custody of the kids.

ET spoke to Clarkson in February, and she shared that she’s written 60 songs during her divorce process — though they may never be released.

“I have this record that we’re working on. It’s really great and really honest,” Clarkson shared. “There’s just a lot of questions that I have to answer before releasing it for myself, you know? Whether that be business-wise or personally or whatever. Whatever happens though, it is such a gift. Like, I don’t know how anybody, I’ll just be real with you, goes through grief like divorce, any kind of grief, any kind of loss, without having an outlet like this.”

“I have written like 60 songs, it is an insane amount of getting it out. I think that’s a blessing in itself,” she continued. “Anytime you go through some life, it’s such an awesome thing to have that outlet, regardless of whether people hear it or not.”