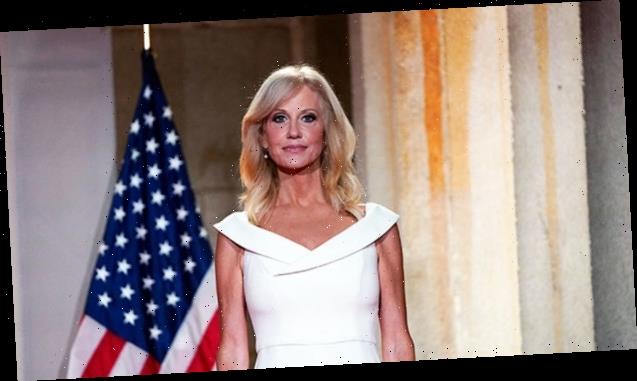 Kellyanne Conway’s daughter Claudia, 16, revealed on TikTok that police came to their home for a welfare check, just one day after she posted a video showing Kellyanne yelling at her

Claudia Conway, 16, returned to TikTok on January 20 with another video about her mother, Kellyanne Conway, showing the former White House advisor speaking to police in the entryway of their NJ home. The officers were there to do a welfare check on the teenager, HollywoodLife can confirm. The video (now deleted) comes two days after Claudia posted a disturbing compilation on TikTok of various times Kellyanne allegedly screamed at her. HollywoodLife has reached out to the Conway family for comment.

In the video, obtained by TMZ, Claudia appears to be hiding around a corner while her mother speaks to police. “She’s upset, she’s been upset for a week because we had a tough call with her school, I knew she had been upset…” Kellyanne can be heard saying. Claudia frowns. Text over Claudia’s head reads, “guys she’s telling the police she is unsafe because she is getting threats –“. “The facts!” Claudia says over her mother explaining the situation to police. 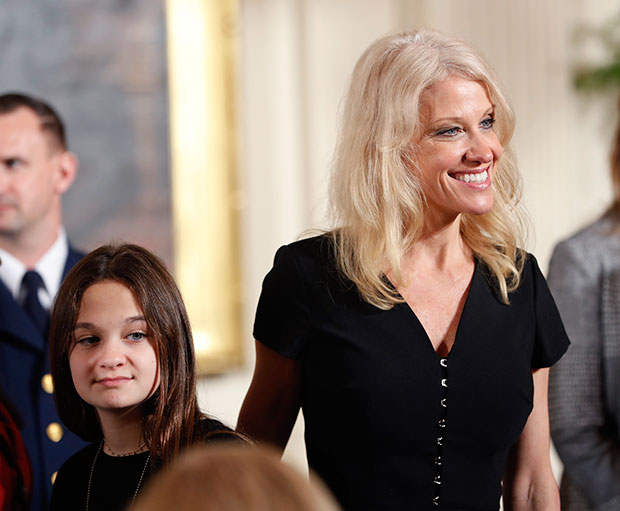 “She had been doing her TikToks, it was 1:30 in the morning and at that point I had been up for 22 hours,” Kellyanne is overheard saying. At this point, Claudia pans the camera over to show her mother standing opposite an officer. Kellyanne tells the officer that she allegedly asked Claudia to go to family therapy. “The people on TikTok built her up. She went through a very tough time right before you were here on November 2,” Kellyanne says, revealing that there had already been a previous visit to the Conway home by police.

“They wanted to cancel her because she had a party and they didn’t see enough masks,” Kellyanne continues, though does not elaborate on who “they” are. “People are jealous of her; we love her,” Kellyanne insists. An unidentified male voice, presumably the officer, advises Kellyanne to “get rid” of Claudia’s phone and internet. At this point, Claudia interjects to say that she pays for her own phone. The male voice then says, “if she wants to leave, let her go.” The TikTok ends with Kellyanne telling the officers that “this came out of nowhere.” An outraged Claudia yells, “It didn’t! It’s been happening!” The matter is under investigation. 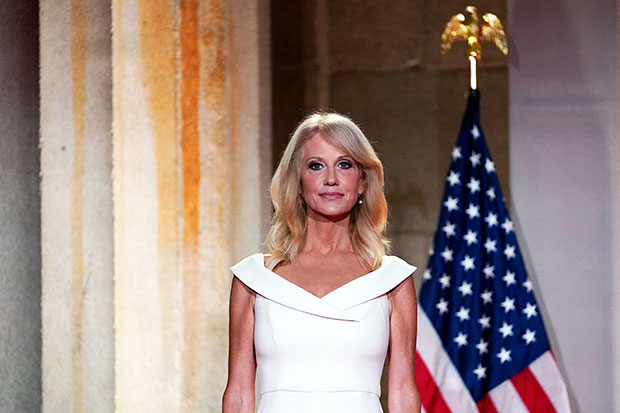 Claudia reportedly said in the comments of the TikTok that she told the police she was fine and they left. She replied to a comment, “I’m really scared and it’s my mom’s birthday so I feel guilty and invalid even though i shouldn’t and my anxiety is spiraling.”  On January 19, Claudia posted a compilation of videos to TikTok showing multiple instances of a woman, allegedly shouting, swearing, and belittling her with insults like, “If you only knew what people thought of you.”

The next day, Claudia posted (and deleted) the following message to her TikToK followers: “like I’m not even kidding if any of you live in this area come pick me up.” Claudia filmed a follow-up video, which is now set to private, explaining why she posted the original video. Here’s the full transcript:

“Hey guys, I just wanted to add a little context to what I just posted. I know my words are going to be twisted by the media but I just want to put it out there. I’m not looking to hate on my mom, I just think it’s important to tell my side of the story and my experience. I was just going through some videos, I have hundreds and hundreds of videos just like that and I thought it was important because as a woman who has such power in this country I don’t think people really know how she is. And it’s also a reminder to everybody who is in a similar situation that you’re not alone, and that trust me, I get it. In terms of what can be done, there’s nothing that can really be done. I’ve tried everything. My parents are too powerful and nothing happens. I’m probably going to get in a lot of trouble for this. I just want everyone in the world watching this to know that I’m not lying at all. I wouldn’t lie about anything like this.”

The teenager, who rose to fame on TikTok with her videos making fun of Donald Trump, has been recording her fights with her mother regularly. She stressed in her now-private video that she has no ulterior motive to posting videos of her mother. “That was not in any way to bring down my mom. They like to call me a ‘rebellious teenager,’ whatever, who’s making up sh*t, but I’m not. I’m not making up anything. I’m just telling my side of the story,” Claudia said.